Here’s a great deal on a fun game! Shattered Horizon is celebrating it’s 2nd year anniversary and they’re offering it for only $4.99 from November 4th to the 6th on Steam. They’re also going to be permanently lowering the price to $9.99 after the sale is over. 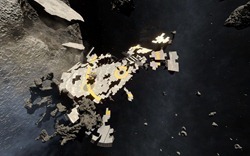 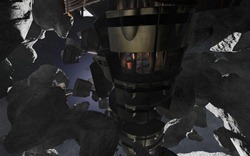 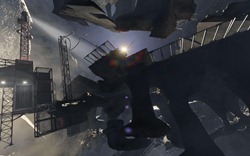 Futuremark Games Studio has announced that Shattered Horizon, its zero gravity first-person shooter for PC, will be on sale on Steam for just $4.99 from Friday November 4 to Sunday November 6 to celebrate the game’s second anniversary. In addition, from Monday November 7 onwards, Shattered Horizon will be available from Steam at the new, permanently lower price of $9.99 reduced from $19.99. http://store.steampowered.com/app/18110/

Jaakko Haapasalo, Head of Futuremark Games Studio said,
"When we launched Shattered Horizon its high hardware requirements put it out of reach for some gamers. Today, Windows 7 is the most popular operating system in Steam’s hardware survey and games like Battlefield 3 are raising the technical bar for PC games. We are happy to offer Shattered Horizon for an extra low price this weekend to give PC gamers the chance to enjoy its unique zero gravity combat."

Shattered Horizon immerses you in the cold reality of zero gravity combat in space like no other game before.
– First-person shooter set in near-Earth space.
– Experience intense zero gravity combat and complete freedom of movement.
– Practice to improve or play for fun against bots in single player mode.
– Join your friends in action-packed 32 player battles.
– Use your rocket pack to fly freely through space and then land on any surface.
– Familiar FPS controls let you take full advantage of the zero gravity environments.