Yep, Toys ‘r’ Us is happy to announce that you can now get several of the Star Wars themed Angry Birds sets and toys at their stores and online! I don’t know why but I like Angry Birds, it’s always fun to play when I’m looking for something quick to play. Below you’ll find the official PR along pictures of many of the products, most of which are out now but some will be available towards the end of the month.

– As Rovio Entertainment and Lucasfilm Ltd. gear up for theNovember 8 worldwide debut of the new Angry Birds™ Star Wars ™ app, Toys"R"Us® stores and 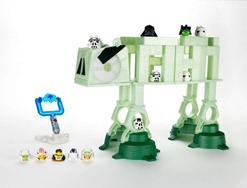 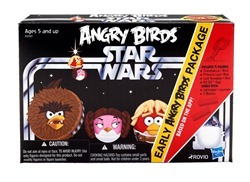 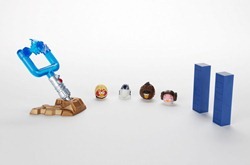 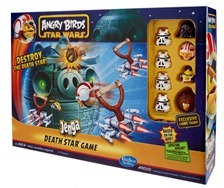 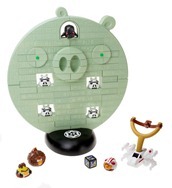 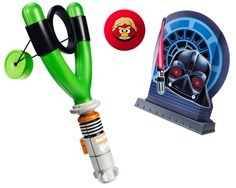 Koosh Angry Birds ™ Star Wars® Jedi Slingshot from Hasbro®
Little adventurers can "use the Force"and transform into heroic Jedi Knights with this easy-to-use toy. With one swift pull and release of the sling, preschoolers can launch the included Luke Skywalker Bird Faceball at the Darth Vader Pig target. No batteries required. Ages 4 and up. Available at Toys"R"Us stores nationwide and online at Toysrus.com beginning October 28. 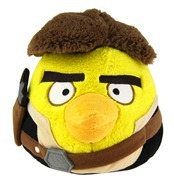 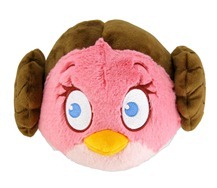 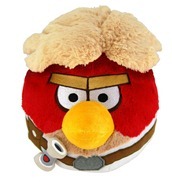 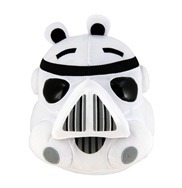 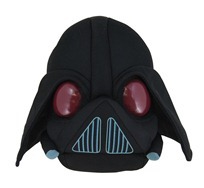 Toys"R"Us stores nationwide will dedicate prominent space to this exciting new product line with Angry Birds Star Wars merchandise showcased prominently in-store throughout the holiday season. The company also named Angry Birds Star Wars Jenga Death Star to its list of 2012 Holiday Toy Trends, representative of a "Rad" Return from the 80’s, one of the company’s top toy-buying trends of the season.

A Flagship Presence for Feathered Fun at the Crossroads of the World
Earlier this month, Toys"R"Us partnered with Rovio and Lucasfilm to host an event at the company’s international flagship store, Toys"R"Us Times Square in New York City, where customers were introduced to Angry Birds Star Wars and the app-inspired merchandise for the very first time. The all-new collection – from Halloween costumes and board games, to launchers and plush characters – was displayed throughout the day, providing fans a sneak peek of what’s to come, plus the opportunity to meet the creators of Angry Birds and take photos with an oversized, plush Chewbacca Bird.

Serving as the ultimate destination for tech-savvy consumers’ favorite feathered characters, the company recently unveiled a permanent Angry Birds boutique at Toys"R"Us Times Square. Featuring graphics of Angry Birds characters and other images reminiscent of the game, anchored by an eye-catching 20-foot-tall tower of stacked boxes with a King Pig perched on top, customers won’t be able to miss this dedicated space, filled with hundreds of Angry Birds products, including the latest Star Wars introductions.