So the Obama administration has come out in support of allowing consumers to unlock their cell phones. This is a good thing, but that doesn’t mean it will become a reality anytime soon. It was nice while it latest of course, but the powers that be decided we didn’t need it anymore recently. The White House recently responded to the petition saying that they agree with the 114,000 plus people that signed the petition, but again just because they agree doesn’t mean it’s going to happen as there are plenty of lobbyists out there who are throwing money around to stop us from unlocking our cell phones that we paid for and should own. I have the official statement from the White House for you and the response from the Library of Congress which is rather vague… 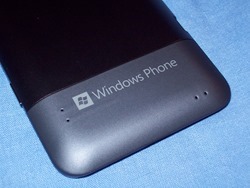 Here’s the statement from the White House:

Thank you for sharing your views on cell phone unlocking with us through your petition on our We the People platform. Last week the White House brought together experts from across government who work on telecommunications, technology, and copyright policy, and we’re pleased to offer our response.

The White House agrees with the 114,000+ of you who believe that consumers should be able to unlock their cell phones without risking criminal or other penalties. In fact, we believe the same principle should also apply to tablets, which are increasingly similar to smart phones. And if you have paid for your mobile device, and aren’t bound by a service agreement or other obligation, you should be able to use it on another network. It’s common sense, crucial for protecting consumer choice, and important for ensuring we continue to have the vibrant, competitive wireless market that delivers innovative products and solid service to meet consumers’ needs.

This is particularly important for secondhand or other mobile devices that you might buy or receive as a gift, and want to activate on the wireless network that meets your needs — even if it isn’t the one on which the device was first activated. All consumers deserve that flexibility.

The White House’s position detailed in this response builds on some critical thinking done by the President’s chief advisory Agency on these matters: the Department of Commerce’s National Telecommunications and Information Administration (NTIA). For more context and information on the technical aspects of the issue, you can review the NTIA’s letter to the Library of Congress’ Register of Copyrights (.pdf), voicing strong support for maintaining the previous exception to the Digital Millennium Copyright Act (DMCA) for cell phone carrier unlocking.

Contrary to the NTIA’s recommendation, the Librarian of Congress ruled that phones purchased after January of this year would no longer be exempted from the DMCA. The law gives the Librarian the authority to establish or eliminate exceptions — and we respect that process. But it is also worth noting the statement the Library of Congress released today on the broader public policy concerns of the issue. Clearly the White House and Library of Congress agree that the DMCA exception process is a rigid and imperfect fit for this telecommunications issue, and we want to ensure this particular challenge for mobile competition is solved.

So where do we go from here?

The Obama Administration would support a range of approaches to addressing this issue, including narrow legislative fixes in the telecommunications space that make it clear: neither criminal law nor technological locks should prevent consumers from switching carriers when they are no longer bound by a service agreement or other obligation.

We also believe the Federal Communications Commission (FCC), with its responsibility for promoting mobile competition and innovation, has an important role to play here. FCC Chairman Genachowski today voiced his concern about mobile phone unlocking (.pdf), and to complement his efforts, NTIA will be formally engaging with the FCC as it addresses this urgent issue.

Finally, we would encourage mobile providers to consider what steps they as businesses can take to ensure that their customers can fully reap the benefits and features they expect when purchasing their devices.

We look forward to continuing to work with Congress, the wireless and mobile phone industries, and most importantly you — the everyday consumers who stand to benefit from this greater flexibility — to ensure our laws keep pace with changing technology, protect the economic competitiveness that has led to such innovation in this space, and offer consumers the flexibility and freedoms they deserve.

Then here’s the response from the Library of Congress:

“In a statement today, the Obama administration announced its view that, as a matter of telecommunications policy, consumers should be able to unlock their legally purchased cell phones for purposes of switching from one wireless carrier to another.

“Both the Librarian of Congress and the Register of Copyrights value our colleagues in the administration and the thoughtful discussions we have had with them on this issue.  We also agree with the administration that the question of locked cell phones has implications for telecommunications policy and that it would benefit from review and resolution in that context.

“The question of locked cell phones was raised by participants in the Section 1201 rulemaking conducted between September 2011 and October 2012 by the Register of Copyrights, who in turn advises the Librarian of Congress.  The rulemaking is a process spelled out by the Digital Millennium Copyright Act in which members of the public can request exemptions from the law to enable circumvention of technological protection measures.  In the case of cell phones, the request was to allow circumvention of technological protection measures controlling access to copyrighted software on cell phones.

“The rulemaking is a technical, legal proceeding and involves a lengthy public process.  It requires the Librarian of Congress and the Register of Copyrights to consider exemptions to the prohibitions on circumvention, based on a factual record developed by the proponents and other interested parties.  The officials must consider whether the evidence establishes a need for the exemption based on several statutory factors.  It does not permit the U.S. Copyright Office to create permanent exemptions to the law.

“As designed by Congress, the rulemaking serves a very important function, but it was not intended to be a substitute for deliberations of broader public policy.

“However, as the U.S. Copyright Office has recognized many times, the 1201 rulemaking can often serve as a barometer for broader policy concerns and broader policy action.  The most recent rulemaking has served this purpose.”

So I guess we’ll see what happens….