I love doing reviews, but there are times when they seem to be more of a chore than fun, when it comes to bad games, writing their reviews is one of those times. Many games start with what could be a great idea, but then they are poorly executed. The Nintendo Wii, it seems, has many bad games. The reason for this I think is that companies are trying to capitalize on the popularity of the console. I’m all for indie and small game companies, but when they put out junk it’s hard for me to keep rooting for them.

Up on the review block today I’ve got the disaster that’s called Cid the Dummy for the Nintendo Wii. This game started out with a good deal of potential, but then fell flat because of bad graphics, bad controls, horrible acting and just a plain lack of much of anything good. So read on or not…


Here’s what the box looks like. I’m including these shots as more of a public service so you know what not to buy when you see it on the shelf. 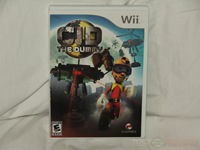 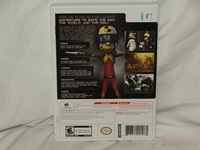 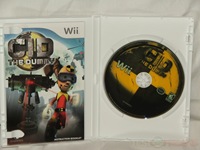 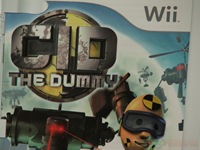 The premise behind the game is that you are a crash test dummy who just wants more out of life. You’re given the chance to be a super hero of sorts and rescue the girl while fighting the forces of evil. Cid the Dummy tries to be funny, but the jokes are horrible, not even children will be amused by them. The acting is just terrible, you can hear that the same person voiced most of the characters just changing the pitch of their voice between them.

Here’s the intro to the game: 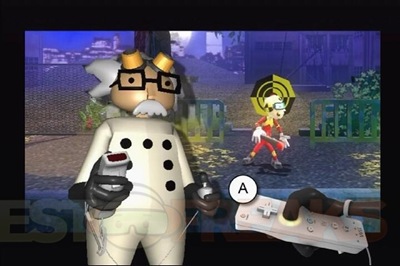 Besides the controls being bad, the graphics are bad as well, the cut scenes aren’t too bad but the game itself is. I know with the Wii not to expect HD graphics and all but I’ve seen some very nice graphics on the Wii and these are well below any standard I might call good. The game is 2D, but it tries to be 3D and fails miserably.

If you haven’t already figured it out, Cid the Dummy is a side scrolling platform game, but you can go back and forth instead of just moving forward.

Cid has the ability to fight, run, jump and shoot rubber balls out of the rocket launcher, and you’ll need to decide which works best for each situation. You will get clues though as to what tactic will work the best for each foe your come across. Thee are puzzles as well, but they’re very rudimentary and basic. Push the button to open the door and maybe avoid a security camera by entering ‘stealth mode’ and of course defeat some bad guy to get to the button. That’s about the extent of the puzzles, sounds easy but it’s not really.

The controls are horrible, there’s a ton a lag from the time you do something till it actually happens on screen, and that’s only if it works the first time. You’ll find yourself repeating movements over and over to get them to work. To make it worse the game is frustrating because of these controls, you’ll die a lot because the control didn’t respond fast enough to your movements.

The soundtrack is like the rest of the game, unforgettable, so much so that I can’t even remember what it sounds like right now.

Cid the Dummy is a game that you should avoid at all costs, I thought it might be cute for my kids, but it’s just too frustrating to be any actual fun. It really has no redeeming qualities to speak of except maybe for the fact that it’s a cute idea. It could have been an interesting and fun game, but it seems as though it was rushed out just to get another Wii title out there to capitalize on the popularity of the console.