Many hackers and geeks became quite excited at the prospect of getting of running the OS X operating system on a standard PC when Steve Jobs introduced the first Intel based Mac machines back in 2005. It did not take long for several Apple enthusiast communities to figure out how to get OS X onto standard PC hardware. Unfortunately, this process is not as straightforward as inserting OS X Tiger or Leopard into the PC’s disc drive and running the installer. There are certain patches that need to be implemented to get the OS X kernel to operate on an x86 machine. In addition, only certain motherboards and graphics cards will work with these setups.

Apple’s decision to use EFI (Extensible Firmware Interface) instead of the legacy BIOS currently used on x86 Motherboards is one of the main reasons for the difficulty in installing and running OS X on standard x86 architecture. The EFI is an interface that allows communication between the operation system and platform’s firmware. Some advantages of EFI over the legacy BIOS can be seen with Disk Support and Boot Management.

Getting a stock x86 machine to be recognized as running EFI is the Holy Grail of running OS X on a standard PC. If this could be accomplished, then a purchased authentic copy of OS X can be installed on a PC without any need for hacks or patches. Until recently, the only way to get the Mac experience on a standard PC was to hunt down patches to use with a purchased OS X install disc or a patched OS X version. Finding these usually meant going to torrent sites or other less savory parts of the net.

That is until now; a company called Art Studios Entertainment has created a Boot Processing Unit (BPU) called the EFi-X USB V1. This device attaches onto an internal USB header on the PC’s motherboard.

It works by running a version of EFI that lets OS X function on the PC architecture. The EFi- X is composed of an embedded CPU with several gigs of onboard memory, and a USB connector. It features its own firmware, which is constantly being upgraded by the creators to improve features and address any discovered hardware issues.

With the EFi-X USB V1 in place you can install your store bought copy of Mac OS X Leopard onto a PC. However, there is one big caveat; there is a list of compatible hardware that will work with the EFi-X USB V1. According to the folks at Art Studios Entertainment, the main reason for the current hardware support is those manufacturers provided access to their R&D teams to the EFi-X staff, which allowed them to incorporate the necessary code into the EFi-X chip to run that hardware with numerous OSes. This can be seen with the support for ALC889A, Nvidia 9800 class cards and X48 motherboards.

With their ability to update the EFI firmware, Art Studio Entertainment can allow support for HPT RAID cards that are not natively supported by some OSes such as OS X. In the future, there should be support for Intel i7 chip support and X58 motherboard, which is quite exciting.

It is important to note; the EFi-X USB V1 only works with the Leopard version of OS X.

Here is a video of the unboxing of the EFi- X USB V1.

The EFi- X™ USB device is the ultimate device for all those who dream about a flawless multi-OS environment on PC. It bridges the gap between the OS worlds. Also, it provides the unique ability to recognize all the components of your PC and select your favorite operating system directly from a graphical, intuitive boot screen.

Don´t change your habits and your life for a computer – this should never be the case. Instead, let the EFi- X™ USB device adapt the functionality of your PC to improve the quality of your work and life.

Simply update the Firmware and enjoy the new features.

The EFi- X™ Update tool is a user-friendly Firmware update utility. Using this tool you can update the Firmware directly from any OS you are using. You can update your Firmware in only a few clicks without enduring any complicated steps.

Simply select a new Firmware from the list when changing or upgrading your mainboard.

Install From An Original DVD:
Insert an original OS DVD in to your DVD-ROM and click the DVD-ROM icon in boot selector to start installation.

Boost your creativity, your dreams and daily tasks in a fully new multi-boot dimension. Start to experience what users have always dreamed of, UNIX stability, unique security protection, no viruses, and the power of your custom turbo charged computer!

Other Features
Fail-Proof Firmware Update:
Special algorithm protects against update failure.
The EFi- X™ Anti-Failure algorithm prevents corruption of Firmware.
This algorithm saves users the cost and hassle of EFi- X™ hardware replacement due to an improper flash.
Industry Standard
ESD & EMI Protection:
EFi- X™ is designed to provide maximum protection to avoid failures or destruction through Electrostatic discharge and Electromagnetic Interference. Please note that you must have appropriate grounding of your system.
CE and FCC Compliance
EFi- X™ fully complies with the strictest safety and security standards.

Before purchasing or installing the EFi-X USB V1, you will need to go to the EFi-X website and verify that you have the compatible hardware. Otherwise, you may end up with either a PC that will not run OS X or with some components not functioning correctly. 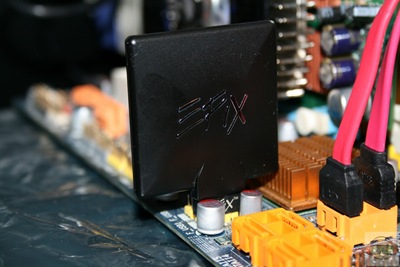 For this review, I used an

Once the EFi-X USB V1 is installed, power on the PC and enter the BIOS. Here, you will need to modify several settings so the EFi-X USB V1’s EFI can function properly with OS X. Settings that need to be changed include disabling the IDE (PATA) drives, setting the USB HDD as the boot drive, making the EFi-X the first boot device, disabling the serial and parallel ports. During the installation, AHCI should be disabled, but you may enable it after installation. 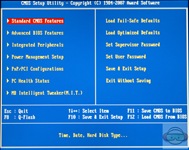 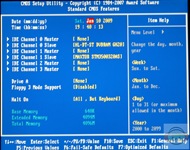 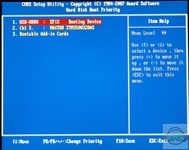 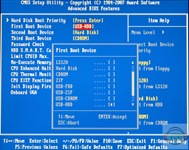 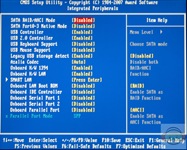 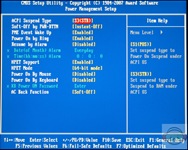 Once these settings are implemented, save the changes to the BIOS, insert the OS X Leopard Install Disc and reboot the PC. Now you should see a DOS type screen with “EFi-X : Loading Please Wait”, followed by a graphical bootloader interface which will show an OS or hard drive icon and a SATA-DVD ROM icon; choose the DVD icon and the Leopard installation should begin. 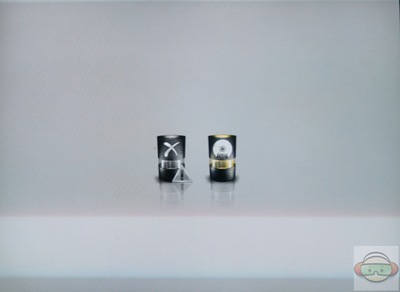 Now the OS X install process will be exactly the same as the installation of Leopard onto an authentic Apple machine. This process usually takes a half hour to forty-five minutes. Once Leopard is installed, you are able to run the software updates from Apple without needing patches to keep your machine from becoming inoperable. 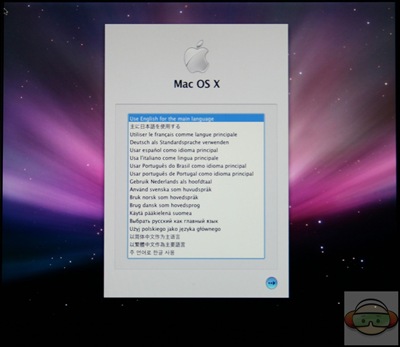 Here are some screen shots of the build after the initial installation. The machine is recognized as a Core 2 Duo 1.6 GHz processor with 4GB of DDR2 800 Mhz and two cores on the processor. Leopard identifies the PC as a Mac Pro model, even though this is using one of the lowest end Intel Dual Core Processors available. If you want to match the power of a true Mac Pro, then you will need to get a Quad Core Intel processor, which will still cost much less than the authentic Mac Pro. 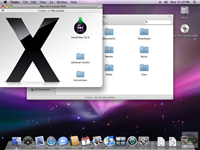 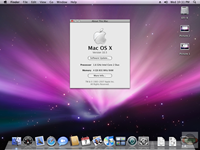 Naturally, these two machines had the better processor, but an EFi-X USB V1 enabled machine does have a few tricks up its sleeve. Please bear in mind; the benchmarking with Apple Macs is to see if the EFi-X unit has any effect on performance of the OS. The creators of the device do not sell their product with any intention of taking market share away from other companies. 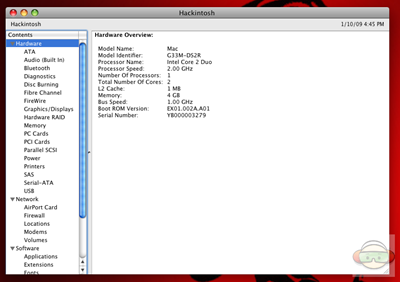 Here are the results. As you can see this fairly inexpensive machine can hold its own against the iMac and MacBook Pro, especially once over clocked to match the Apple machine’s processor speeds. Unfortunately, I did not have a spare Quad Core to test with the EFiX, but it is readily apparent, as the quality of the components used with the EFi-X USB V1 improves, so will the benchmarks. 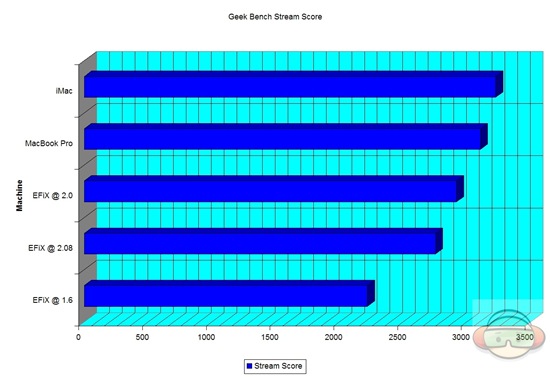 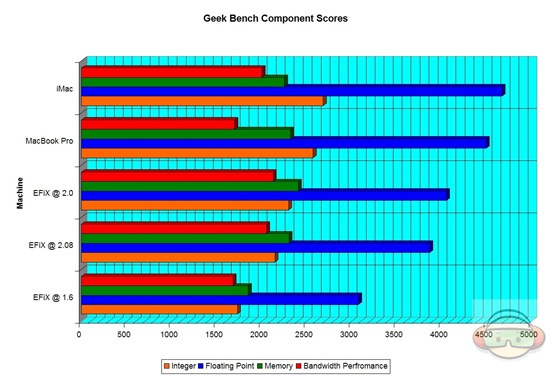 Booting into OS X from the EFi-X USB V1 build does take a little longer than starting up a regular Mac, since the machine must first boot into the EFi-X bootloader and then into OS X.

Using the EFiX built PC was indistinguishable from an Apple Mac and worked almost flawlessly. The only thing I did notice is sometimes when connecting to other machines on my network, there was a few second delay before the other machines are recognized. That issue is being addressed, but can be easily corrected by installing a cheap PCI gigabit card such as the Netgear GA311.

With the latest firmware revision the EFiX has the capability to dual boot from the graphical bootloader into the following operating systems: Vista 32, Vista 64, Ubuntu, Red Hat Linux, Suse Linux and FreeBSD. You can also dual boot Windows XP, but that drive must be formatted in FAT32. Each operating system must be installed on a separate hard drive, not a partition. To install an additional operating system, it is recommended to remove the EFiX BPU and remove the Leopard installed hard drive. Once the new OS is installed, then you can reinsert the EFiX and OS X hard drive in conjunction with the second hard drive containing the non OS X OS. If the OS is not seen on the EFiX bootloader, you can always hit F12 during the standard BIOS load screen and select the drive as the boot drive from the BIOS. 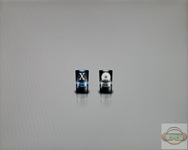 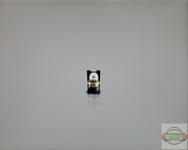 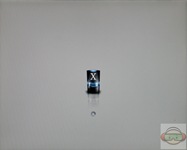 Since Windows 7 Beta was released this past weekend, I decided to see if the EFiX can dual boot a machine with both Leopard and Windows 7. Installation was simple, following the directions above and I was able to choose Windows 7 or OS X from the graphical EFiX bootloader screen.< 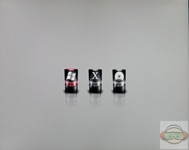 With the recent lawsuit against an Apple clone maker, people may wonder about the legality of this product. The maker of EFiX assures that the device is perfectly legal. It is a BPU (Boot Processing Unit) and can be used in conjunction with several different operating systems. They do not sell or ever intend to sell machines preloaded with the EFi-X chip and any OS now or in the future. In fact, the makers state they will sue any manufacturer that sells the EFi-X BPU installed in any PC violating another company’s terms of use.

I have had the opportunity of reviewing a multitude of items over the past two years and the EFiX is one of the most unique and exciting products that I have encountered. It works as advertised and could not be any simpler to install and setup. Using a store bought copy of Leopard, I was able to get up and running in under an hour. By using recommended hardware from the hardware compatibility list the user can build a Mac as powerful as even the highest end Mac Pro models.

The EFi-X USB V1 seems to be an evolving product as the makers add new features with each subsequent firmware upgrade. If you want to build a machine capable of running OS X, Windows and Linux on one platform, then the EFi-X USB V1 is the solution.

Pros:
Plug and play simple
Works as advertised
Firmware being constantly improved by makers
Obviates the need for hacks when installing OS X on a x86 system
Can triple boot OS X/Windows/Linux environments

Cons:
Works with only certain hardware