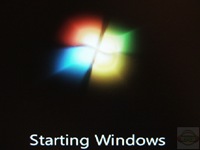 Windows 7 the beta! Yep got me one along with most people reading this I’m sure, is it all that? Not sure yet as it’s just a beta. Though if you look around the web you’ll find many sites touting the superiority of W7 over Vista and even (god forbid I say anything bad about it) XP, I still can’t figure out how they do this with a beta, maybe they know something I don’t…

Of course I still read all of the Vista bashing and well and it rather ticks me off, there’s nothing wrong with Vista at all actually, I’ve been running it since it came out and I haven’t had any problems at all really. Now if I go back to XP, well that was a nightmare when that came out, hardly anything I had worked in terms of hardware, even stuff that was brand new didn’t work with XP, but when I installed Vista everything worked fine. I can remember getting it the day it came out, all excited to run home and install it only to run into more headaches than I care to remember, I hated it honestly, nothing worked right at all. When I read all of the Vista bashing and how wonderful XP is, it makes me wonder if any of these people actually remember the problems with XP when it came out, the numerous hardware and software incompatibilities that existed with that OS, none of that was there with Vista. Sure I ran into some small issues, but everything worked, every piece of software, every piece of hardware that I used on my XP system I installed on Vista and it worked, and I can’t say the same for when I upgraded to XP though, I had to quit using programs, I couldn’t use hardware that I recently bought, and it crashed quite often, no such things to report with my upgrade to Vista though.

So I’m happy with Vista, some might call me an MS or Windows Fanboy, but not really, I’ve tried flavors of Linux, and my netbook has it installed, but I like what I know, and you’ve got to admit there’s just tons of stuff for Windows as opposed to the other operating systems out there in terms of both hardware and software. As I said I’ve been using Vista Ultimate Edition since it came out, first 32bit, then I got 64bit and I’m more than happy with it, it’s much faster and quicker in everything than XP ever was. I did have XP installed as well on a second hard drive, I would just swap them out via mobile rack when I wanted to switch between Vista and XP, but not anymore, XP is no longer on this machine, about 8 months ago I formatted the hard drive and haven’t looked back, it was to the point I never used it anymore anyway so what was the point of it taking up space. When I went from Vista to XP it was reminiscent of going from XP to Windows Me, it sucked, it was so much slower to do everything, XP is officially dead in my eyes. I’ll say it, XP sucks compared to Vista, and I don’t care what anyone else thinks either…

On to W7 now, or sort of, I was on Digg earlier and I saw something on the front page that made me LOL, someone submitted a Gizmodo link about them getting a BSOD on Windows 7, and the comments on Digg and Gizmodo are funny as well, they’re talking like W7 is a failure already because  Gizmodo got a BSOD, it’s a fracking BETA, get over it, it’s bound to happen, I don’t understand how that makes it to the front page of Digg and gets all of this publicity. XP BSOD all the time but no one made a big deal about that, they tout XP as the best OS in the world, unless of course if you’re using OSX or Linux and then they’ll tell you theirs is the best, but I’m not going there today…

So, Windows 7 right now is a beta, and at this stage people are already judging it as if it were a finished product, I’m not sure if a public beta was in the best interest of this OS really, it seems people are taking this beta as the finished product and making assumptions about how the final product is going to perform, you know what they say about assuming things right?

So yes, it is a beta, but I felt the need to cover it as news or an article for those that might be interested in it, I’m interested in it of course, and I’m sure others are as well.

Installing Windows 7 was the fastest OS install I’ve yet encountered, it installed in under 20 minutes for me, from start to usable desktop. The installation screens are familiar, they look  like those of Vista, there’s nothing new there. 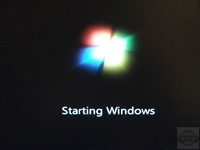 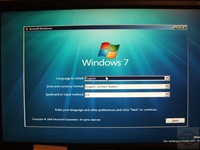 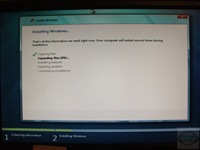 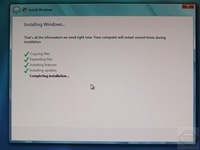 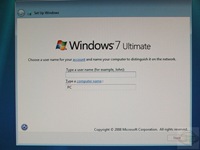 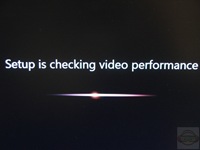 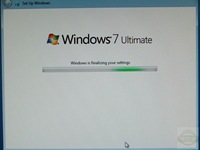 Once I was at the desktop everything was installed by W7, no problems there, everything worked fine with Windows default drivers, but to do testing on the gaming or video performance I hopped over the ATI and grabbed the W7 beta Catalyst drivers, that’s where I ran into a problem, not with the OS but with the drivers. See, I run two video cards, not SLI, or CrossFire, but just two separately, my main card is a Diamond Radeon 4870 1gig to run my main monitor, a 22" 1680×1050 Envision LCD, then I have a secondary X1800GTO video card to run my dual 17" Samsung LCDs that are just extra desktop real estate. The ATI beta drivers didn’t recognize the X1800GTO as an ATI card, guess it’s just too old, or seeing as they are beta drivers, support isn’t there yet. So as of now I’m running two 4870 cards doing the same thing as I did with the other two cards so I can run my three monitors. Not a problem with the OS, just the drivers, something ATI can fix themselves. 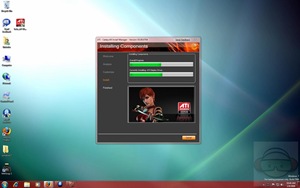 Other than that everything works fine, I’ve got an Epson WorkForce 600 network printer that is connected to my network wirelessly, Windows 7 saw that printer and I just had to click install and now my printer works with W7, no disc, no configuration, no work on my part to get the printer to work even though it’s on the network, that was a pleasant surprise. Another small surprise was that when the printer was installed and I opened up Printers and Faxes I saw my the WorkForce 600 there, and I don’t mean it was installed, and actual icon was there that looked exactly like the Epson WorkForce 600 printer, not some generic printer icon, a small detail but rather cool nonetheless.

I went about installing basic programs I figured I would need, no problems there until I came to SiSoft Sandra 2009, it installed but just wouldn’t work correctly, I didn’t play with it too much, so I may have missed something in the configuration.

While I was playing around with the desktop I checked out Windows Sidebar, I like it and use it in Vista, I was happy to see that it’s not a sidebar anymore but single gadgets that you can place anywhere on your desktop or other monitors. 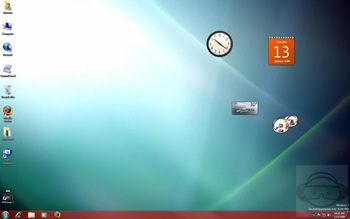 So next was installing games, Crysis installed fine, FarCry 2 installed fine, then I installed Stalker Clear Sky, it installed but every time I tried to start the game it would tell me to insert the disc, yes the disc was in the drive, the only thing I could think of is that the failure has something to do with the protection on the game. Next game I installed was Call of Duty World at War, and that didn’t work at all basically, it started to install, but it kept throwing out errors that it couldn’t find a file on the disc and to make sure I had permission to access the file, it’s a DVD, not sure why that didn’t work.

I said Crysis installed, yes it installed and worked, but only in Direct X 9 mode, when I tried Direct X 10 it would crash every time I tried it no matter what I did, and yes it was patched.

I did also run into some other small problems with programs not running correctly but they were fixed by just clicking ‘Run as Administrator’ and they worked perfectly after that.

So for testing here today for you I was hoping to have a few games for comparison, but as of now I really don’t, I’ve only got FarCry2 in DX9 and DX10, Crysis in DX9 and I ran 3DMark06 as well. I mentioned earlier I was using a 4870 1gig, but I’m currently reviewing a 4870 512mb, so that’s the main card used in all of the testing.

I’ve got Windows 7 installed on my main PC which basically consists of an Intel C2q6600 and 8 gigs of ram, and I did run the Windows Experience test as well just to see where my system stands, got a 6.3. 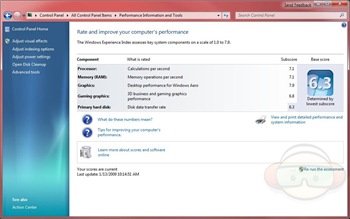 So Vista is also installed on the same machine, just a different hard drive, exact same configuration, and that’s what or how I’m comparing the performance today, Windows 7 to Vista.

Just remember that this is a beta OS with beta drivers, so take the results with a grain of salt… 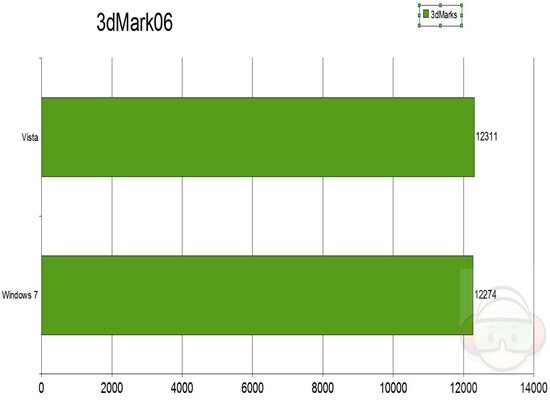 Scores are close, not bad for a beta.

Next is Crysis DX9 testing: 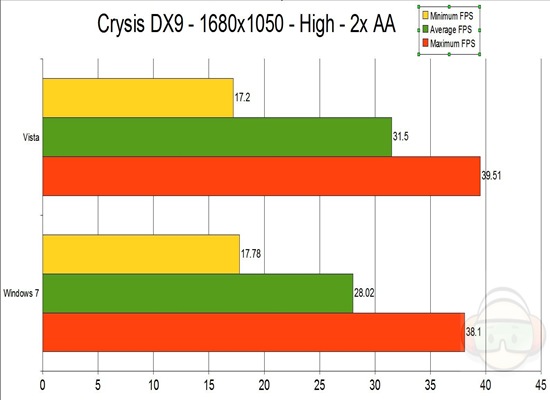 not bad but not good either, below the magical 30FPS on average

Finally we have FarCry2 in both DX9 and DX10. 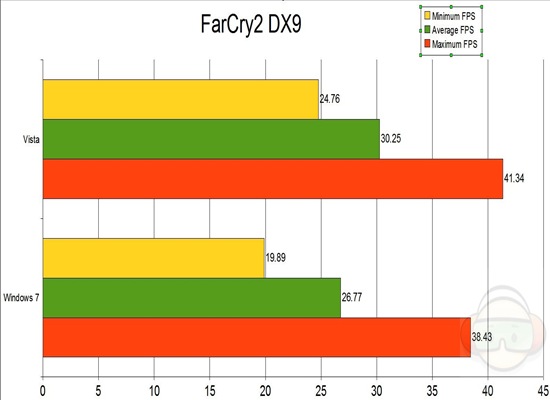 not good here really either… oh well, just lower the settings and it’ll be fine, at least it works right. 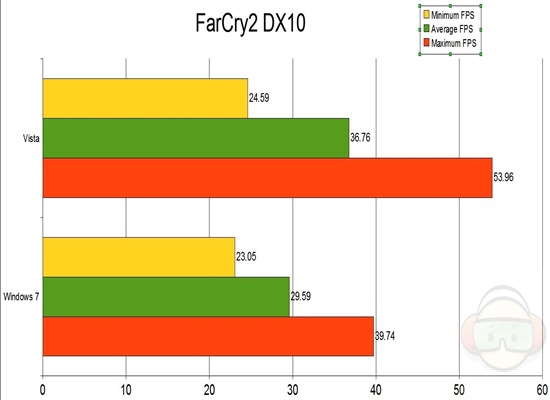 W7 does a little better running DX10 but not enough…

So anyway that’s that, I just wanted to throw this out there now for people to ponder over, remember though it’s just a beta and not indicative of the final product really.

So let me get some more time with the OS and I’ll be back with tons more screenshots and impressions, along with some performance numbers as well for the system testing.

So far though I do like it, even if it resembles Vista quite a bit, but that could be why I like it…