VOX is a famous musical equipment manufacturer known for their guitar amplifiers most notably used by the Beatles, Tom Petty and Thom Yorke of Radiohead. The VOX AC30 is their signature amplifier. Recently VOX released the amPhones AC30, a headphone that reproduces the sound of this famous guitar amp.

What differentiates this headphone from most others is that it allows the user to directly plug into a guitar or bass getting the effect of playing through a guitar amp; the amPhones AC30 offers effects such as chorus, delay or reverb.

The amplifier simulator is based on the VOX 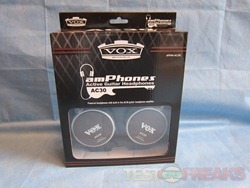 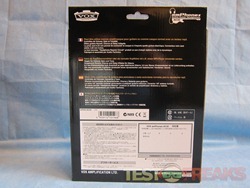 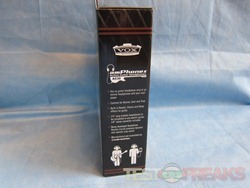 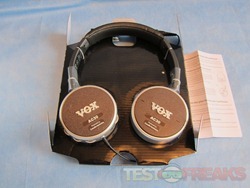 The amPhones AC30 matches the color scheme of its namesake the AC30 amplifier with its silver and black coloring along with two brown end caps on the sides of the earcups. 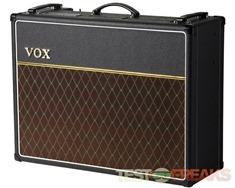 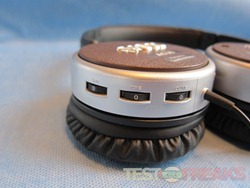 VOX offers four variations of the amPhones – AC30, Twin, Bass and Lead. Today we will look at the AC30 model.

The AmPhones AC30 are over the ear headphones with black cushioned padding over the speakers. The cushions are soft as opposed to the denser foam found on the 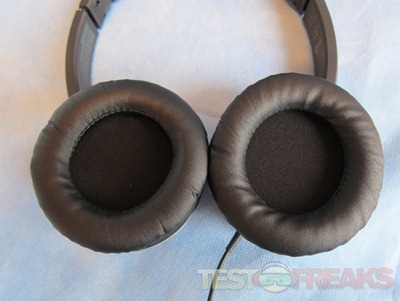 The outside portion of the earcups houses the amPlug technology within a silver and brown colored section. The brown outer disc is designed to simulate a leather appearance; unfortunately it comes up short in this regard as it looks like brown textured plastic. Here we see the VOX logo along with the model name and “produced by audio-technica” markings. 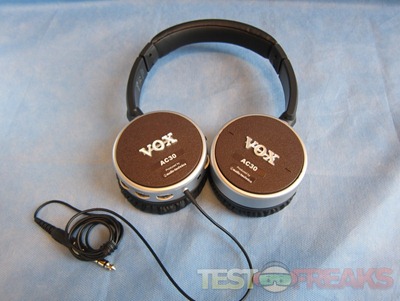 The outer brown disc of the right headphone cup twists off for two AA batteries, which power the active amPlug when AmPhones AC30 when used with a musical instrument. Listening to regular music playback is passive and does not require the use of batteries. 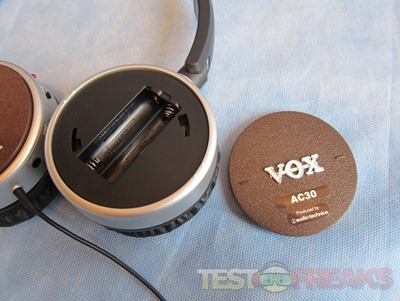 The left side houses the built in amPlug and is surrounded by audio controls including – Gain, Tone, Volume, and Effect along with Aux In, a standby switch and power LED. 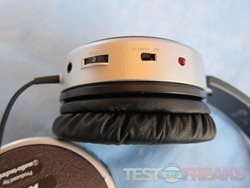 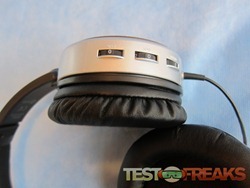 Each ear cup swivels 90 degrees in one direction but do not fold inward; making the AmPhones AC30 more unwieldy to transport. 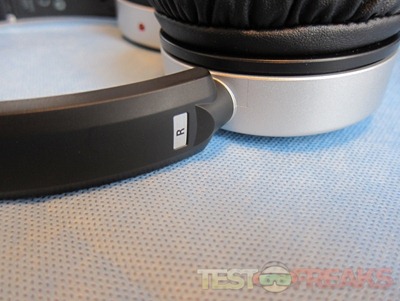 The headband is padded and adjustable to accommodate most any head size. For the cable VOX chose to use a thin rubber covered cord that measures about 3 ½ feet and originates off the left ear cup. It’s a bit strange that a musical equipment manufacturer does not use a more substantial cord for these headphones. Other than this cable, the amPhones are solidly constructed. 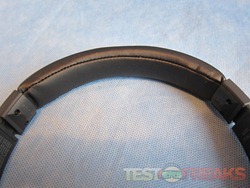 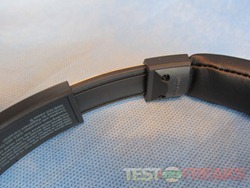 At the end of the cable is a 1/8” (3.5 mm) headphone jack with threads that fits the included ¼” adapter jack used for plugging into one’s guitar or bass. 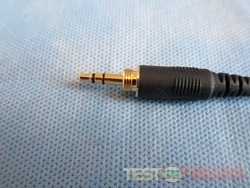 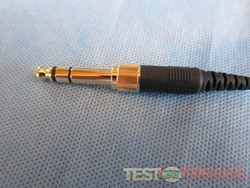 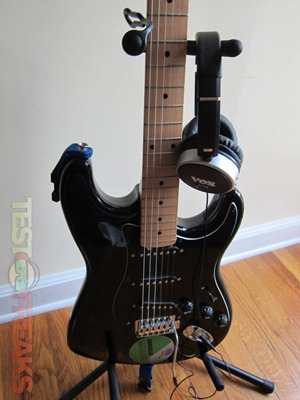 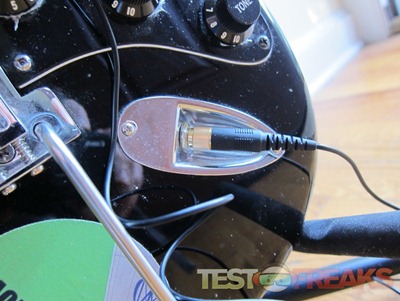 Sound playback through these guitar monitors can be adjusted using the gain, tone and effect knobs. Listening to my guitar played through the amPhones was no different than actually hearing the guitar played through an amplifier. With slight adjustments of the control knobs different effects could be heard through the headphones. VOX has done an excellent job of re-creating the guitar amplifier experience within a pair of headphones.

An Aux In on the left side earcup allows the user to jam along with your stereo or mp3 player.

One problem with the controls knobs was they are fairly recessed making them hard to turn while wearing the headphones. Also it takes some time to memorize their location.

The amPhones AC30 did not disappoint when using them to listen to music via stereo or iPod. Sound reproduction was fairly accurate although the low-end was not as prominent. These VOX headphones stood out listening to rock, metal and acoustic.

Several of the current popular headsets tend to oversaturate the bass making the amPhones AC30 sound less punchy. This is not to say that the amPhones AC30 lack bass response, it’s just not as prominent as found on other cans. Personally I do not have a problem with this as I find too much bass distracting.

During long listening sessions the amPhones AC30 were comfortable and rested securely on my head. The biggest concern with the amPhones AC30 is the durability of the attached cable. VOX choice of a thin non-nylon braided cable means that it will most likely be the first component break on these headphones. Hopefully in the future VOX will use a plug in cable system like found on the Urbanears Zinken.

Another feature I would’ve liked to seen on these headphones is an in-line controller. Most recent higher end headsets include this for those using Apple, Android or Windows mobile devices.

If you decide to turn on the guitar effects while listening back to regular music, you’ll certainly experience your music in a new way – a reverby, trebly over saturated way. Try it once, you’ll never do it again after.

VOX has combined their amPlug technology with quality headphones to create musician ready cans. Musicians and music fans can all find something to like about the AmPhones AC30. As a guitar monitor the amPhones AC30 does an excellent job of mimicking its namesake amplifier. Functioning as regular headphones they hold their own compared to other moderately priced headsets

For their functionality the VOX amPhones would be a great deal at the $150 price range. Surprisingly they retail for $99 making them a must own for any musician whether a beginner or a professional. Having the ability to use them as regular headphones is almost an extra bonus. I know these headphones will be near my guitar at all times for quite a long time.