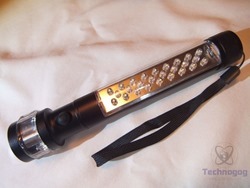 Up for review today I have a flashlight from a company called AYL which stands for Accessorize Your life, but this isn’t just a plain flashlight as it has a total of 30 LEDs in it and a magnetic base. It’s being sold as something as a vehicle emergency flashlight but it can be used around the house too for most any household chores where you need some extra illumination. The AYL light is powered by just three regular AA batteries and the body is made from anodized aluminum that’s both rugged and weather resistant. Read on to learn more…

Let’s start off with a video then move on from there:

The package for the AYL flashlight has the light itself on it and then the back has a diagram with basic instructions on usage. 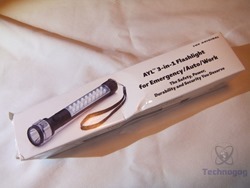 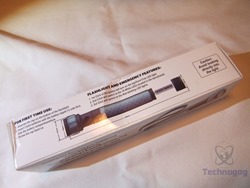 Once you open the box you’ll find the flashlight wrapped in bubble wrap and then just a ‘thank you’ card included. 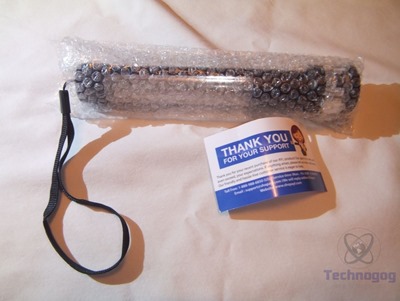 The light is mostly made from anodized aluminum with some plastic. It feels very well made and it’s weather resistant and since it’s metal it should be very sturdy. 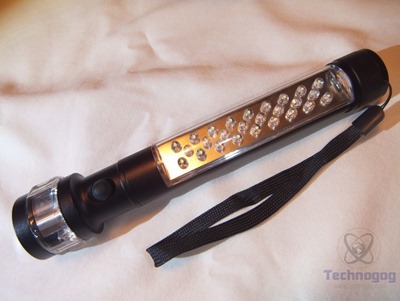 On the top side of the flashlight you’ll find a clear section which holds an array of 26 LEDs, 18 of them are white and 8 are red actually. 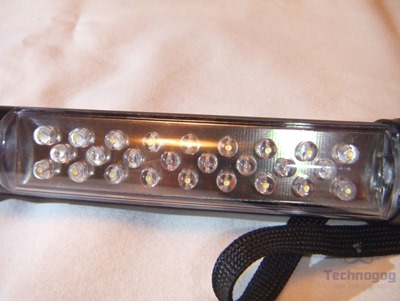 The bottom is just plain black metal with the AYL logo on it. 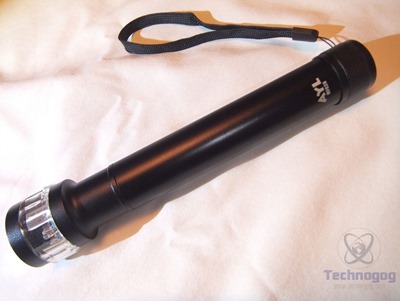 The front is where the main flashlight is, it’s a Cree LED but there are no lumens mentioned in the specs. The LED is set fairly far back and there’s a large reflector inside of the head piece. The cover is clear plastic which should survive impact and should be fairly easy to replace if need be. 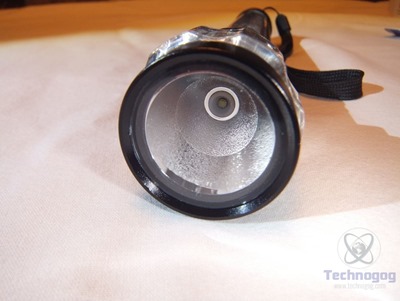 The power button is right behind the head of the light, it’s rubberized and it controls all the modes of the light with multiple pushes. Around the head is a clear section that houses three more red LEDs. 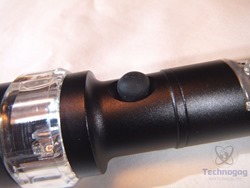 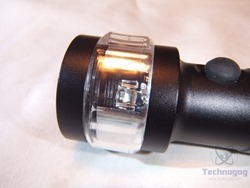 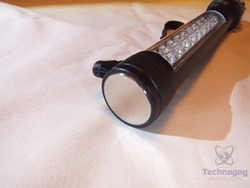 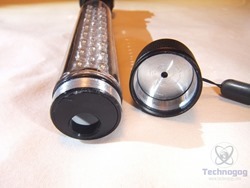 Does the idea of carrying a bulky flashlight turn you off?

Or are you concerned about the cost of replacing flashlight batteries on a regular basis?

The truth is that, working with flashlights that produce unsatisfactory light can be frustrating to many people. Others find the usual flashlights quiet rigid hence can’t be used in varied situations.

That is not the situation with the revolutionary CREE XP-E LED Car Flashlight!

The CREE XP-E LED Flashlight stands out as a 3-in-1 convenient lighting source; with a design that allows versatility for use in different scenarios.

– It features a rugged and high quality military-grade design for durability and versatility. It can be used in a variety of applications which include cars, bikes, home, etc.

– It is powered by 3 AAA batteries (not included)

– It comes in a user-friendly design. It features a magnetic base that can be stuck on any metallic surface

So for testing I used the flashlight as a light as one tends to do with these.

The button is used for all the modes, push it once and the main front light comes on, push again and the side array of LEDs come on, and then the third push turns the blinking red LEDs on.

The main light is very, very bright and the white lights does show through the sides. One thing to note though is that the light doesn’t throw very far, at close distances, five to seven feet or so it’s very bright, but after that it gets dimmer or I should say it has less illumination in the area. This isn’t a bad thing exactly as it’s not meant to be a spot light type light, it’s meant to be used close up to illuminate the immediate area. 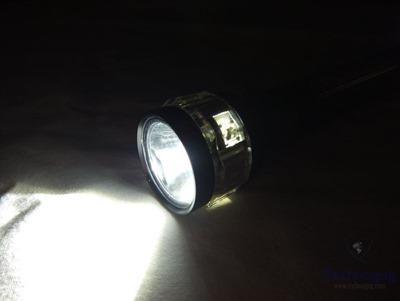 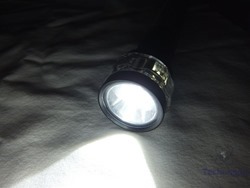 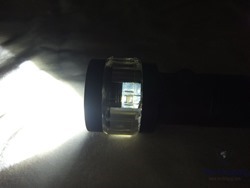 I take a flashlight with me when I take my dogs out at night as I don’t have a light on the side of the house and the LED array works good for this as it lights up a wide area. I have to say though it isn’t very bright over long distances, but it’s more then enough to see when walking. The LED array on the side is made for more of things like maybe changing your tire in the dark, use the magnet to hold the flashlight in place and then the side light for that. I recently had to take my dryer apart as a pillow exploded in it and clogged it all up so I had to disassemble it to unclog it and I used the light for it. 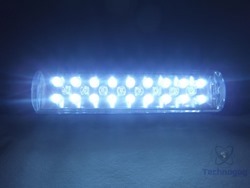 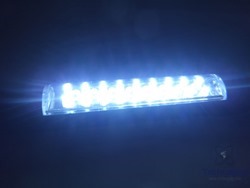 The red LEDs light up on the third button push and they blink, they’re not solid, they’re used for more of an emergency beacon or maybe like a road flare. 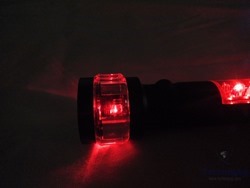 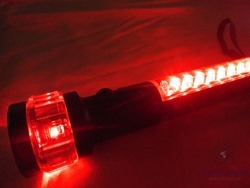 I have many flashlights around and I compared the AYL to my three D cell Maglight and my Streamlight SL-20XP, they are both non-LED flashlights. The AYL light is about half as long and about half as thick as both of the other lights so it’s a small light yes, but it’s still very bright. 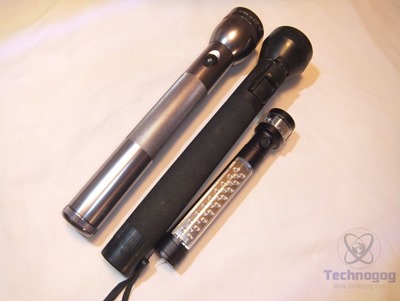 In the following picture I have all three lights on. The top very white one is the AYL light, the right is the Streamlight and the left is the Maglight. At close ranges the AYL is comparable to the Streamlight and a bit brighter than the Maglight. You can really see the difference between the LED and non-LED lights, the LED offers a more ‘crisp’ and clean circle of light while the others don’t. When you look at the physical sizes of the three lights it’s impressive that the AYL light is as bright as the much larger lights for sure. 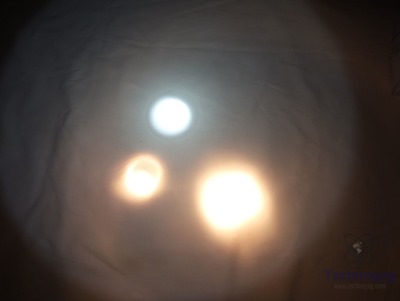 I used the AYL light many times since I got it and it’s come in quite handy, my youngest son likes to use it as well. One small problem I ran across was that when I dropped it once the clear cover popped off the LED array on the side, but it just popped back on fairly easily.

The AYL flashlight is much more than just a light that’s for sure, it has multiple uses.

The light would be a great addition to a toolbox or something to keep in your car for emergencies.

The LEDs are very bright, more than bright enough to illuminate any work area.

Pros:
+Three modes
+Magnetic base
+Very bright
+Durable and rugged
Cons:
-Side cover can pop off when dropped