Livio known for their Tivoli Internet radios also make the Carmen, a portable Internet radio player for the vehicles. The Carmen Car Audio Player is billed as an alternative to subscription services such as Sirius and XM satellite radio. It is designed to capture programming from the Internet, record it and allow it to be played back wireless through your vehicle’s stereo.

The Carmen system works with PC or Mac and has access to over 42,000 AM/FM and Internet-only radio stations from around the world. Besides playing back recorded Internet radio, the Carmen can wireless transmit media players such as iPods and Zunes when they are connected to the built in AUX port. The device includes 2GB of built in memory and a one-inch display.

The Carmen Car Audio Player is advertised as a DVR for radio. That statement is slightly inaccurate as DVR stands for Digital Video Recorder and the Carmen only records Internet radio. However it can store up to 45 hours of radio streams, songs, or podcasts or your own mp3s from sources such as iTunes.

The Carmen Car Audio Player comes in a plastic blister package with the Carmen and remote visualized on the front. The back has a description of how the Carmen works. 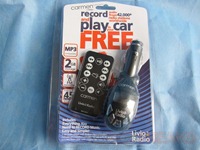 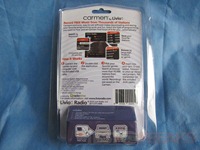 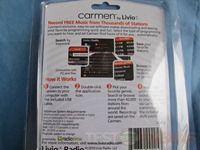 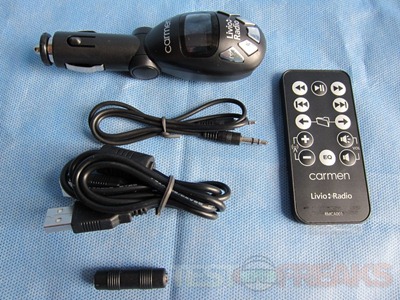 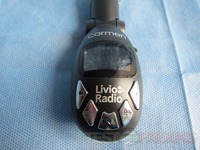 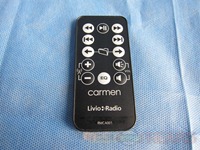 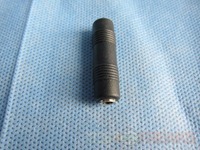 The Carmen is composed of black plastic with silver buttons and has a one inch LCD display. The five included button are Play/Pause, Rewind/Previous Track, Fast Forward/Next Track, FM Frequency Increase and FM Frequency Decrease. On the right side of the device is a 2.5 mm Stereo AUX Output. A USB connector is found at the base of the display and is used for syncing the Carmen to a computer. 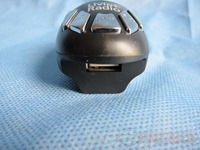 Above the screen is an articulating arm with a 12 Volt Charger at the end. This articulation is designed to position the Carmen when plugged into a 12 Volt adapter for better viewing of the display. 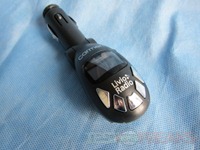 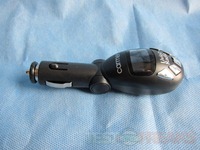 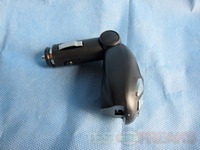 The side auxiliary port allows the Carmen to connect to a personal media device for playback through the vehicle’s sound system. You can also connect the Carmen to your vehicles AUX input if there is one available. This second option is especially nice for those who live in populated cities where empty radio stations for the wireless transmitter are hard to find such as the metro New York region. 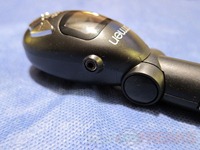 The Carmen Display screen lists items – Track Time, FM Frequency, Song Info, and the Repeat Icon. If an external device is plugged into the Auxiliary port then the screen will display AUX.

Since the Carmen uses a 12V charger there is a 500L miniature 0.5 amp fuse inside that may need to be changed if the device stops working.

Livio stores the PC/Mac software on the Carmen, which is accessed when plugging the device into a computer with the included USB cable. 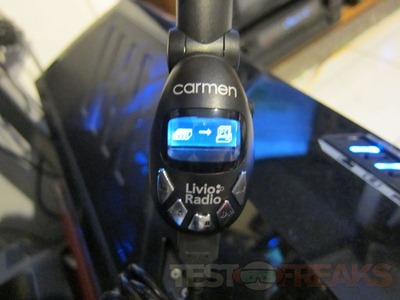 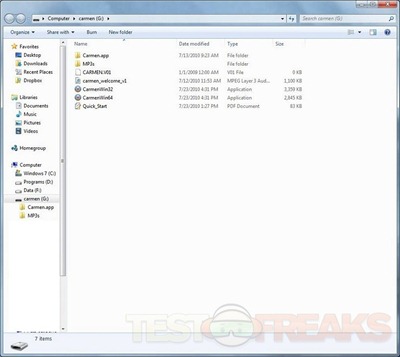 One issue I did experience with the PC version using 64 bit Windows 7 installation was that the 64 bit version did start at all and had to use the 32 bit version instead. Livio needs to address this issue or just not make a 64 bit version if it doesn’t work on the latest Windows version.

One nice feature running the software off the Carmen is the history and favorites transfer across platforms.

Here is the software running on the Mac. Looks almost identical to the PC version. 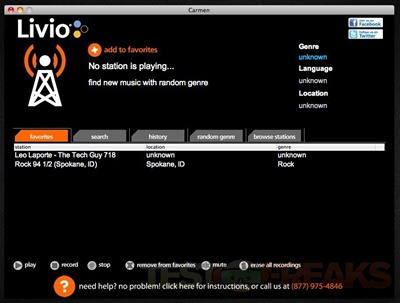 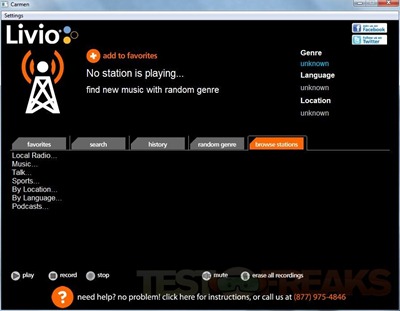 On the lower part of the screen are recording and playback button options. Double clicking a station starts the recording process. Recordings are saved in 15-minute blocks on the Carmen. Pressing the mute button will silence the sound from the computer’s speakers but will continue recording.

Recording occurs in real time, so one minute of recording will take one minute, one hour will take one hour, etc. The best way to fill your Carmen with fresh media is to set the software to record over night. Sadly this recorded music can not be played back off the Carmen unless plugged into a vehicle. 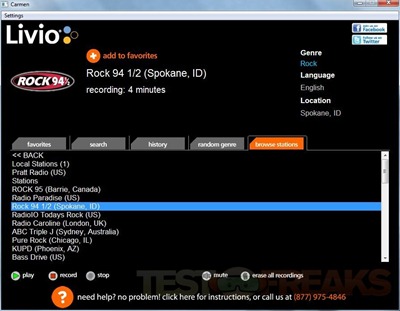 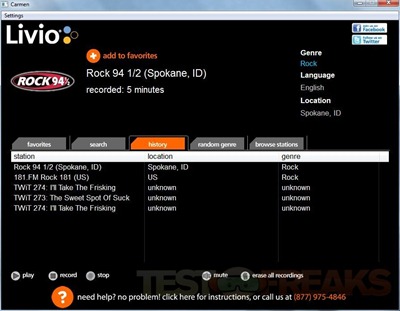 The Carmen software only works with the RadioTime system, thus if you wanted to record a Pandora or Slacker streams then you are out of luck. Also the data recorded does not get metatagged, thus any songs recorded will not have their singer and titles on the Carmen display. The recording format is .OOO which can not be converted into mp3 or other formats. 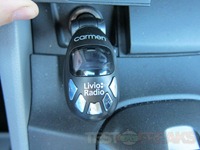 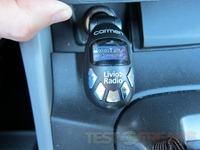 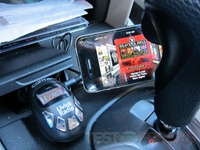 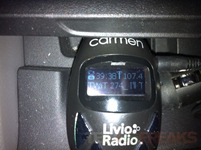 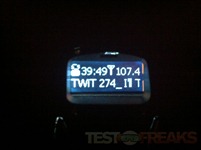 Sound quality is based on the source file; mp3s encoded at 192 kps sounded fine while the Internet recordings sounded hollow as they were probably recorded at lower bit rates for larger storage capacity. Playback quality of recorded Internet radio is low quality and the 15-minute recording limits cause gaps to appear between recordings similar to a CD skipping.

The Livio Carmen is a good idea in theory but the execution is somewhat lacking. Internet radio offers an incredible range of talk, music and entertainment and having the ability to record it is a novel concept. The problem with this arrangement is capturing new material may become tedious to some users. You can not set up the software to subscribe to programs or even set a recording timer.

Some problems such as the screen size and position can be remedied in future models. A longer articulating arm would be my first modification on this device.

Other issues can be addressed with software upgrades such as the ability to record in other formats, addition of metadata and playback of recording on the computer.

The Carmen can be found on Amazon for $20 as the time of this review. It is a small investment if you are a huge fan of Internet radio and want to invest your time recording your programming for future listening.

Cons:
-Display screen is tiny
-Hard to read screen in sunlight
-64 bit version of software does not work on Windows 7 64 bit
-Playback audio sounds hollow
-Only play recorded material back on Carmen