Kingston’s latest SSD release is the SSDNow V200 that is aimed at the cost-conscious, performance-minded user. Offered as a desktop or laptop bundle the SSDNow V200 includes cloning software and a DVD with step-by-step installation video.

The SSDNow V200 uses a JMicron 668 Controller with Toshiba 24nm 3K P/E Cycle MLC NAND. While not the acclaimed Sandforce controller, the JMicron 668 does help the SSDNow V200 run at advertised read speeds between 260 and 300 MB/s using SATA 3.0 and write speeds of 100 to 230 MB/s depending on the drive capacity. The larger SSDs seem to have the faster speeds.

Initially when this SSD hit the market a firmware issue hampered its performance. This has since been resolved with a firmware upgrade and now all seems well with the SSDNow V200 drives. In fact the random read and write IOPS performance have improved with the write IOPS increasing 136% and 129% for the 128GB while read IOPS increased 22% for the 64GB and 5% for the 128GB. Currently the most recent versions of these drives will already have the faster firmware preinstalled.

The SSDNow V200 Drive comes in a white cardboard package. Kingston offers this SSD in a laptop or desktop bundles with 64GB, 128GB, and 256GB capacities. For our review we will be looking at the 128 GB Desktop kit.

On the front of the box is an image of the 2.5” SSD with the drive capacity along with its read and writes speeds printed on the lower right. Like their other SSDs, Kingston offers a three-year warranty on this model. On the back is an image of the contents along with a description of the installation process. The bottom right has a QR code that takes you to the SSDNow V200 Drive webpage. 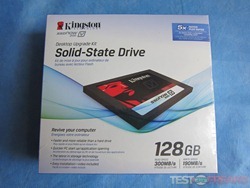 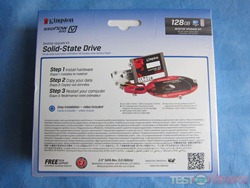 Opening the box we find the contents resting in a cardboard holder. These items include the 2.5” SSD, 3.5” mounting brackets with screws, installation DVD with hard drive cloning software, along with SATA power and data cables. 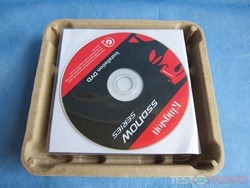 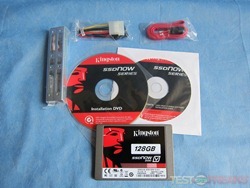 The SSDNow V200 Drive looks like prior Kingston SSDs with the Kingston head logo and drive capacity printed on the front. The bottom is slate grey with screw holes for mounting it to the included 3.5” brackets for desktop installation. 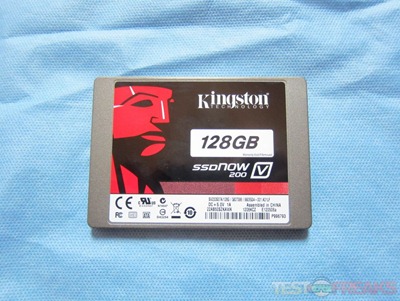 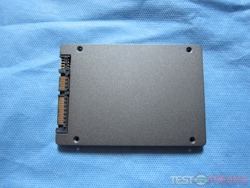 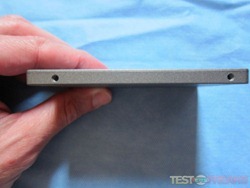 On the rear of the SSD we see a standard SATA and power connector. 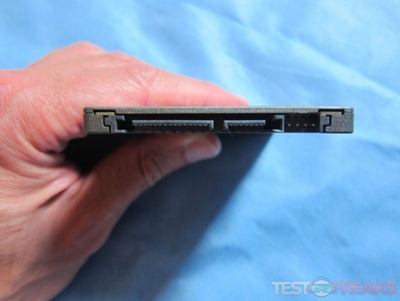 If you have an older SSDNow V200 with the earlier firmware you will want to fix that. This update can be found 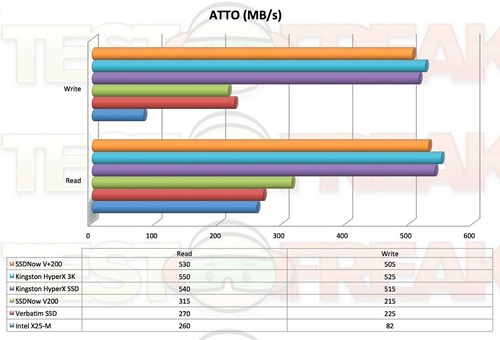 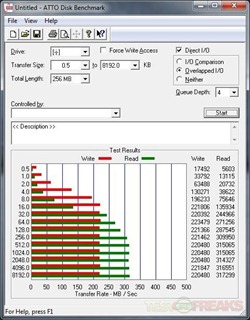 Comparing against the performance class HyperX 3K in Crystal Disk Mark, we see the the SSDNow V200 come in at around 60% read and 66% write speeds of the faster SSD. 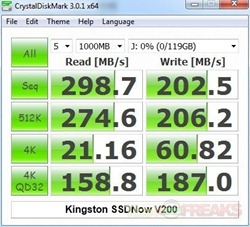 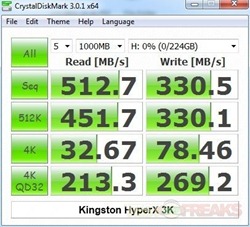 Next up is the Anvil Storage Utilities, which shows the drives speed using MB/s and IOPS (Input/Output Operations Per Second) 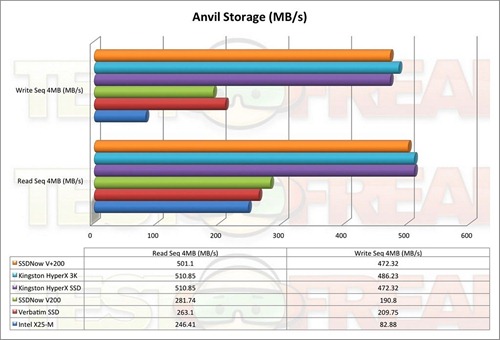 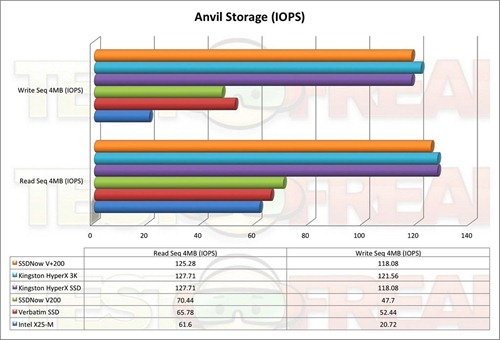 Finally in AS SSD the SSDNow V200 was compared against the non-Sandforce drives. 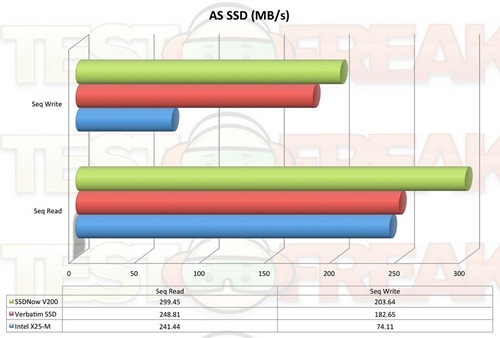 With the SSDNow V200 as the Boot drive, time to log on was 10 seconds and time to desktop was 18 seconds. Not bad for a budget priced SSD and definitely faster than any platter based hard drive.

The SSDNow V200 Drive Desktop Upgrade Kit is a great way to give your PC or Mac a boost in performance. Although the SSDNow V200 uses the Micron controller instead of the more desirable Sandforce one, the real world difference between the drives is a few seconds, which should not be an issue for the value and performance minded consumer. Most any SSD will be much faster than a standard platter based hard drive.

Cons:
-Not the fastest SSD
-Does not use Sandforce controller
-Firmware may need update