Lian Li is a name that’s synonymous with high quality. If you know the name then you know that their stuff is not what one would call inexpensive at all. The price though is well worth it when it comes to the top quality in construction, design and functionality you’ll get when you purchase a Lian Li product. Today for review I have one of their new USB 3.0 enclosures, just named the EX-103. It’s not exactly what we think of when you mention enclosure though, it’s not quite portable, it’s meant more to sit on your desk than travel with you. The enclosure is very well made as you might expect from Lian Li, and it has a subtle yet stylish design to it. So read on to learn more..

Here’s a box shot, but both the front and back are obscured by shipping labels. I tried to get them off, but it was just removing the box with it, so I gave up. 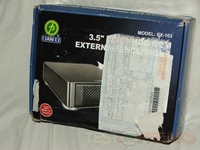 When you open it you’re greeted with styrofoam packaging and everything in plastic bags. It seems packaged well. 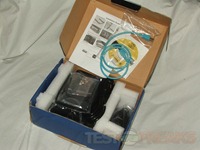 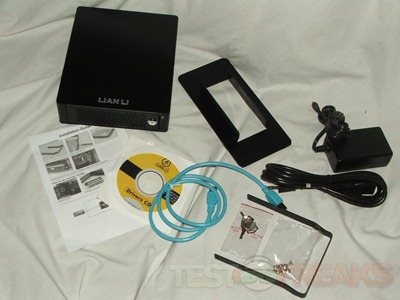 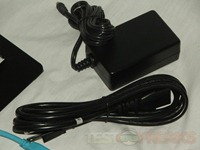 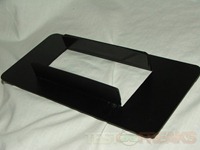 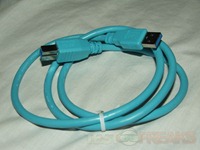 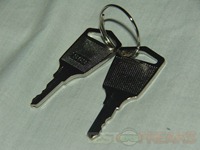 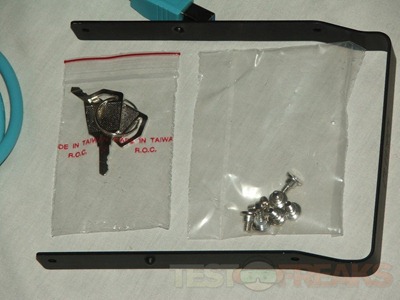 The enclosure has the Lian Li name on the top of it and that’s the only real identifying mark. 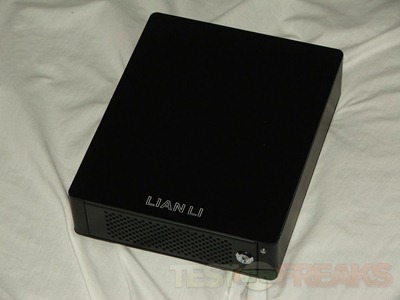 The front door is full of ventilation holes and the door is secured by the included keys. Next to the key hole is an LED that turns blue when powered on and blinks for activity. 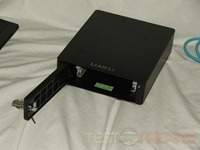 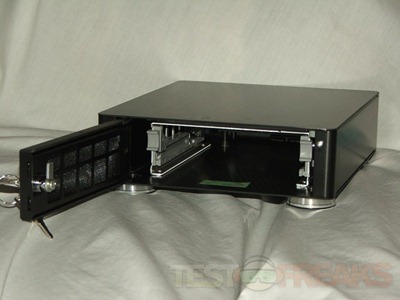 The door even has a removable dust filter. 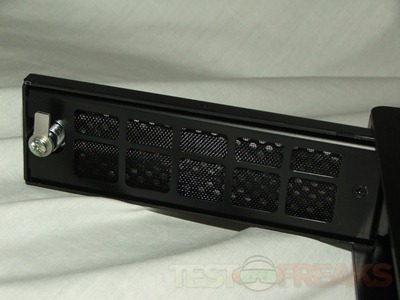 On the bottom you’ll find four very nice looking feet with rubber bottoms. The feet resemble those you’d find on a piece of stereo equipment really. 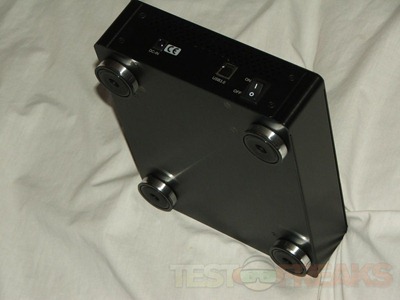 On the back is where you’ll find the connections for USB 3.0 and power along with the on/off rocker switch. 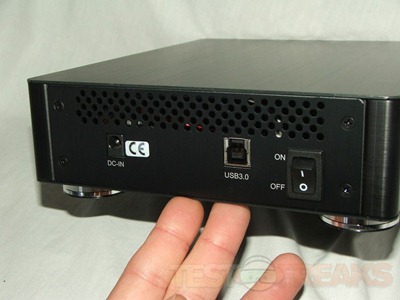 The stand has a rubber base and the insides are padded as well to protect the enclosure from scratches. Here’s the EX-103 in the stand: 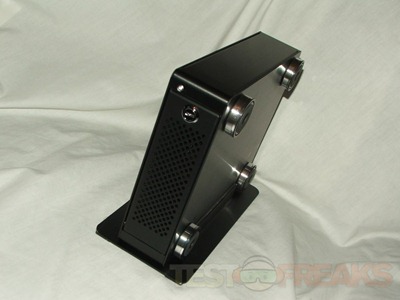 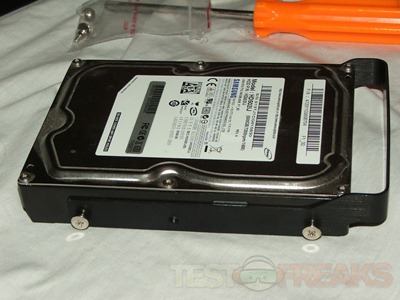 Here’s the drive in the EX-103, the rack also has the Lian Li name on the handle part. 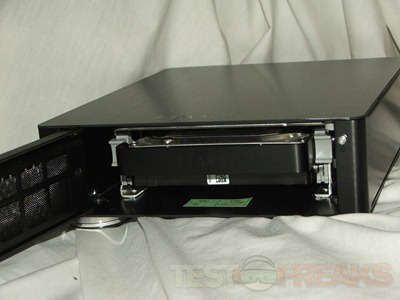 As you can see from the above picture, the enclosure is actually much large than the drive itself. The EX-103 isn’t exactly what I would call portable but I don’t think it’s really supposed to be.

Here’s the enclosure powered on: 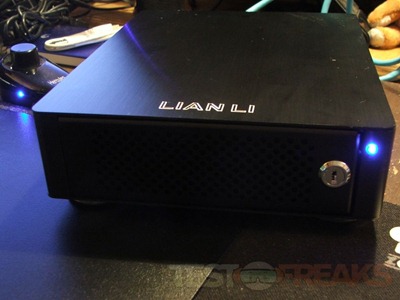 On to the testing part of this. The drive I’m using is a Samsung F1, specifically a 500gb HE502IJ drive.

I used both ATTO Disk Benchmark and HDTune for testing USB 3.0, USB 2.0 and one the SATA port for comparison.

We’ll start out with ATTO: 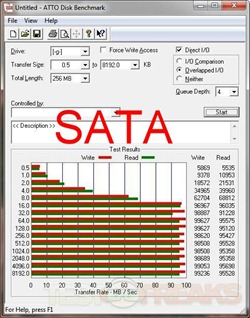 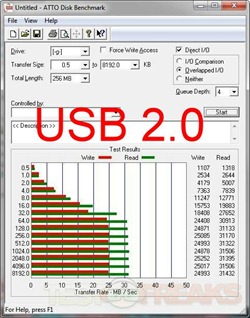 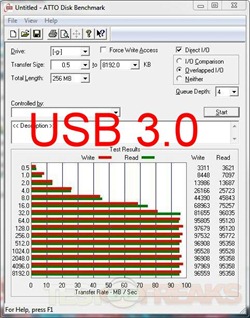 The USB 3.0 and SATA speeds are virtually the same, not bad. Of course USB 2.0 is slow. 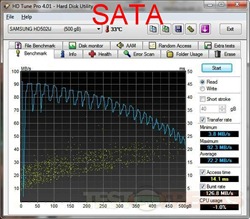 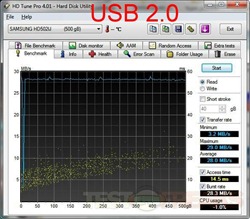 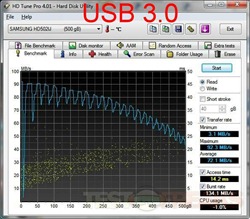 The enclosure itself is from Lian Li so you have to expect that it’s a quality product, and it is truly, there’s no doubt about that. It performs well and looks great doing so.

Using it I really didn’t hear the drive inside unless I put my ear right up to it, so it’s quiet.

Even though there’s no fans inside it seems to do a good job of keeping the drive cool. The enclosure is also very lightly warm to the touch, I would say it’s actually cool, especially when compared to other enclosures.

The only thing that bothers me about it is the size, it’s rather large. It’s not what I would call portable at all, but again, I don’t think it’s meant to be. I think when it comes to external enclosures most of us think portability, I know I do, so something like this redefines external enclosures. It’s more reminiscent of a backup drive that one leaves in place really and it’s not meant to be traveled with at all. I think it’s meant to sit on your desk and not only look nice but perform well, and this it does.

It would also be nice if Lian li included another hard drive bracket with it so you could easily and quickly swap drives, or maybe even just do away with the bracket system altogether.

Cons:
-Large size
-Must use rack for drive and only one included