Our lives have become very social oriented and we’ve got cameras with us all the time anymore and we seem to be recording just about everything and I’m not sure if that’s a good thing or not personally. Today for review I’ve got the MeCam which resembles a big button that you might wear on your shirt or coat, but it’s really a 720p HD mini video camera so you can record life as you live it. The MeCam also has a 5mp still camera built-in along with infrared LEDs so it can work in low light situations and uses a standard microSD card for storage. The camera can be purchased in varying storage capacities and there are several different colors to pick from. Read on..

The MeCam comes in a small box with a window on it showing the MeCam itself and on the back are some basic specs. 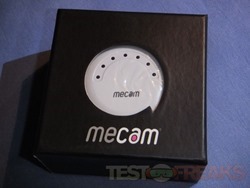 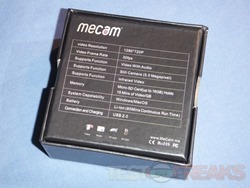 Once you unpack the box you’ll find the user guide, camera, USB cable and neck strap. 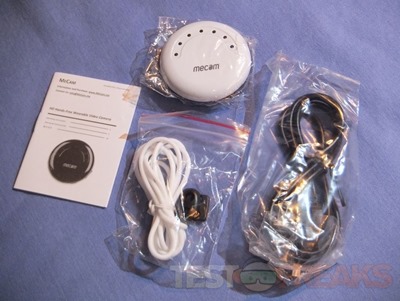 The USB cables resembles a mini-USB but it isn’t it’s an odd one or non-standard, basically proprietary.  The neck strap is just a plastic string with plastic clip. 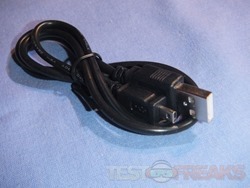 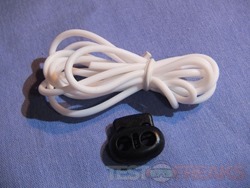 The MeCam I got for review is white but you can get it in white, black, green, blue or pink. On the front you’ll see what look like seven holes, the center one at the top is the actual camera while the three on each side are the infrared LEDs. The entire camera housing is plastic and it’s lightweight but it seems well made. 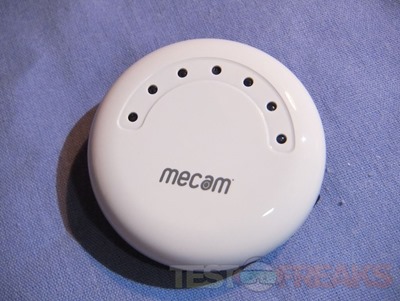 On the back you’ll find a safety pin, yes just a regular safety pin for attaching it your clothing. There are two what I guess you could call eyelets on the top right and left, these are for the string to pass through. There’s an arrow pointing down for some reason, you would think the arrow would point up to let you know the orientation but no, the arrow points down for whatever reason. 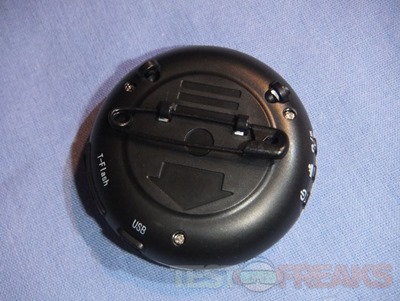 On the side you’ll find the control for power, record video, capture picture and infrared LEDs on and off. 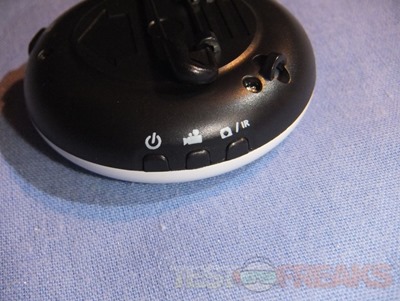 On the opposite side is the microSD port and the USB connector. There’s a battery inside of the MeCam that gets charged via the UBS connection. 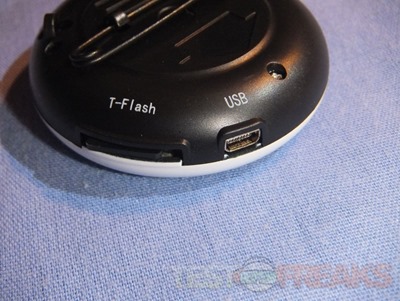 The version I got for review is the 8gb in capacity, but you can get 4gb, 8gb or 16gb and of course you could use your own microSD card but I don’t think you can buy the MeCam without a card at all. 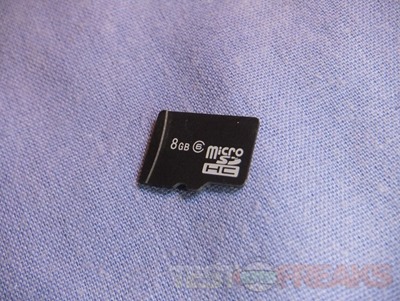