So this the part about testing the Practical Meter and I did a lot of testing with it, it was fun really messing around with everything I’ve got floating around. I didn’t include everything in pictures as this review is long enough.

I have two USB extension cables always connected to my computer for whatever I need them for. One is USB 2.0 and one is USB 3.0.

The left is the USB 2.0 and the right is USB 3.0. When you first plug the Meter into the USB port it lights up red to indicate it’s ready to charge your device, or basically that there’s power. 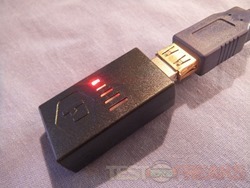 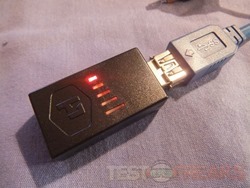 In the user guide you’ll find a handy chart to let you know the power levels that the Practical Meter will display via the bars. Each bar is one watt up to five watts but it can go to ten watts total.  Here’s the capture from the user manual to explain to for you: 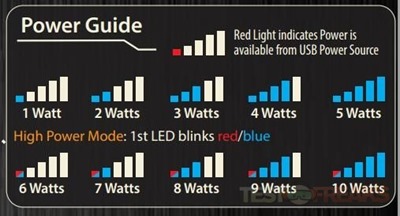 For all of my testing I used my HTC One Android phone as it just made sense to me.

I tested with both USB 2.0 and USB 3.0 using a regular microUSB cable. 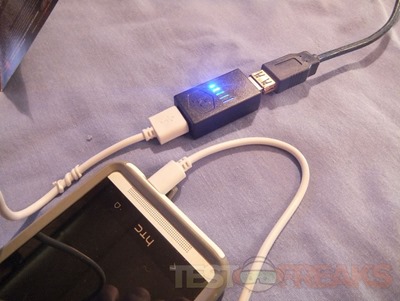 The USB 3.0 cable only show one or one watt of power while the USB 2.0 cable showed two bars or two watts of power. I was surprised by this as I thought the USB 3.0 would provide more power. I tried connecting it directly to the USB ports as well and got the same results so it’s not the extension cables I’m using which I thought could have been a possibility. 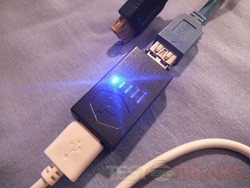 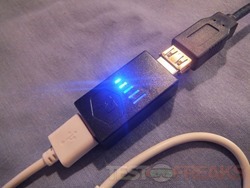 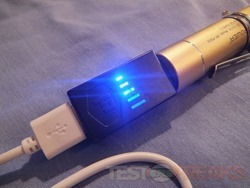 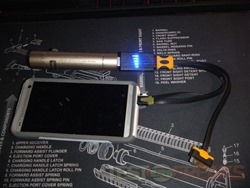 I also tested the official HTC external battery bank. Same testing with both styles of USB cables. They both gave me three bars here. 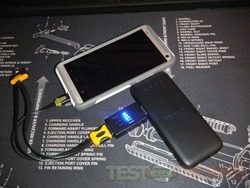 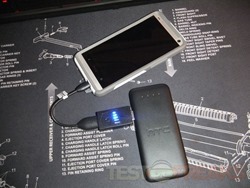 I also tested the D8 iWallet which is a 2000mAH battery in it, I got three bars for this test. 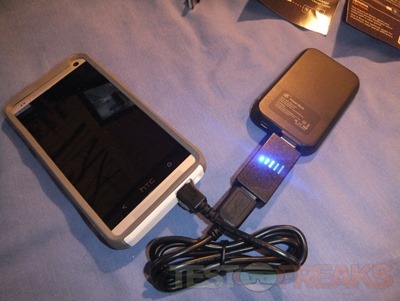 Then I tried the D8 iPocket with a 5000mAh battery and got the same three bars here as well. 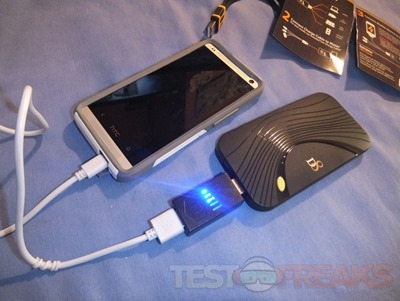 I then tried the D8 iBag which is an 8000mAH battery but this one has two USB ports, one is 2.1a and one is 1a. I tested both ports and got three bars or three watts on each one. 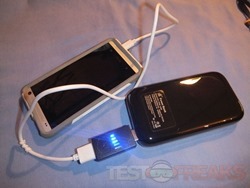 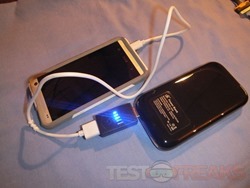 Next up I tested the Ravpower 14000mAh battery which also has two ports, one is 1a and one is 2a. For this one I only got two bars or two watts of power. 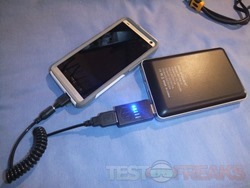 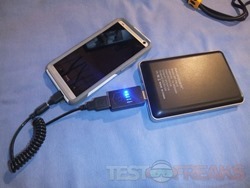 The last thing I tested was the Powerocks Super Magicstick that I just got for review, it has a 2800mAh battery in it. I tried both USB cables here and got three bars both times. 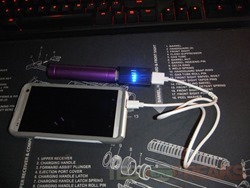 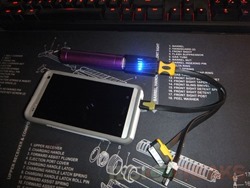 Not shown was seven different USB AC adapter style chargers, none of them showed amazing performance so I’m not showing the results, but I did test them. They were all between one and three bars which surprised me as I thought AC adapter were more powerful and meant to charge devices faster.

Out of all of my testing none of the devices I tried showed more than five watts of power, I think. According to the picture I showed you above, taken from the user manual, it reads to me that if it’s more than five watts then the first LED will blink red and blue and then the others will light up blue. In my testing though a couple of my devices showed something I think could have indicated more than five watts but I’m not sure. The first LED would blink red and blue a few times then go out and then the other bars would light up blue during charging. Maybe I’m misunderstanding the directions here. I’m not sure.

I was also pleasantly surprised that the cable can charge more than one device at a time which I think makes it very useful. 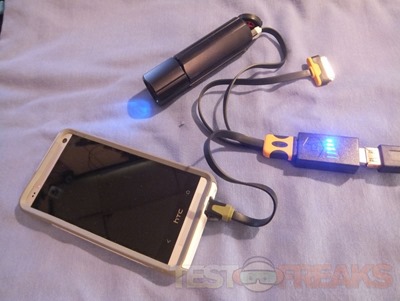 The cable is called a Fast Charging Cable and it does seem to charge my phone faster than using the regular microUSB cable that I normally use. How much faster? I’d have to say more than 50% faster honestly. I sat here and watched the main battery indicator on my phone and within minutes I gained a few percentage points of battery charge. In five minutes of charging I gained 4% charge with this cable, which I’d have to say is impressive. Charging was done with the phone on and I also had wi-fi on as well as I was home so it’s on all the time.