Last week at technogog, we had the chance to review the Bluetooth speaker/dock from XtremeMac – the Tango TRX. Today we will look at another Bluetooth speaker – the Disco from a company called Supertooth. While not a dock, it does work with Bluetooth A2DP stereo capable devices including recent iPod Touches, iPhones, iPads, Android models and others. If you wish to connect you Bluetooth enabled laptop or desktop that is a possibility as well

Direct line-in connections are also possible on the SuperTooth Disco. It has a built-in rechargeable battery making it a portable mobile music system; now those summer barbecues can be filled with the sound of music.

The SuperTooth Disco arrives packaged in a white cardboard box with pictures of the device on the front. A list of features in several languages is found on the back. 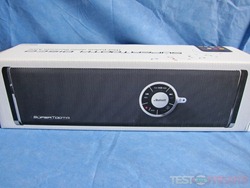 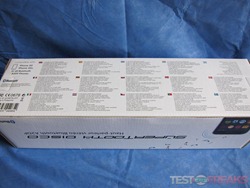 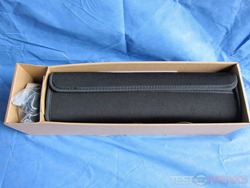 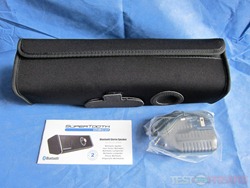 The SuperTooth Disco is an all black speaker measuring 8.9 cm x 31.5 cm x 7.0 cm and weighing 1.15 kg. Inside it houses a NiMH rechargeable battery allowing it to be truly portable. A black metal grill covers up the front of the SuperTooth Disco giving it a retro appearance. 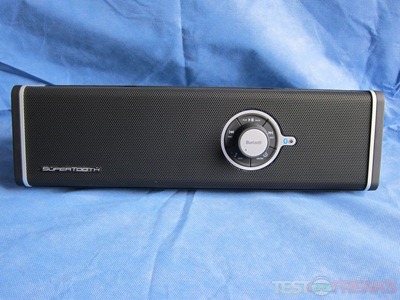 On the bottom left of it face is the SuperTooth logo while off center on the right side is a control knob surrounded with five buttons. This silver knob is labeled with the Bluetooth logo and has two LEDs on it with an additional white backlight. 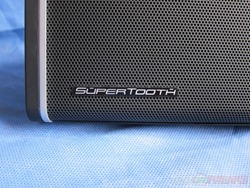 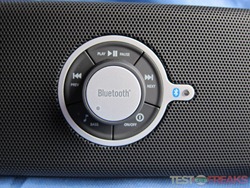 The sides of the SuperTooth Disco are capped by a silver and black plastic.

Looking at the rear of the speaker we see a DC input, charge indicator lights and an audio line in jack. Off to the right side of these connections is a rear firing subwoofer speaker, designed with a Neodyne high efficiency system. 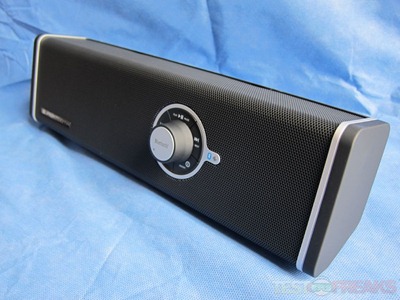 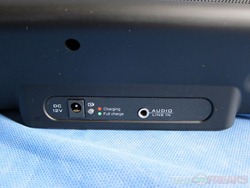 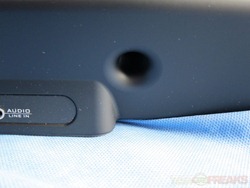 At the bottom of the SuperTooth Disco are three rubber-coated feet to keep the speaker from sliding on whatever surfaces it rests upon.

The unit sits at a slightly upward angle to help project the sound towards the listener’s head. The metallic grill also wraps from the front of the SuperTooth Disco towards the top of the speaker. 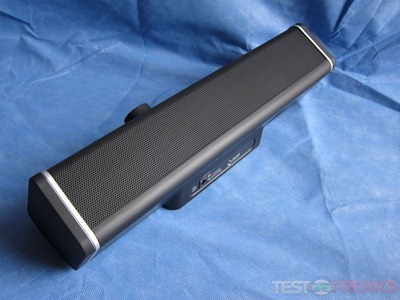 SuperTooth includes a carrying holster designed to allow the SuperTooth Disco to play from within this case if desired. The holster is composed of black neoprene material. It opens and closes via a Velcro cover that has padding in the front to protect the STD’s front knob. On the outside of the cover we see the SuperTooth logo in the front left corner. 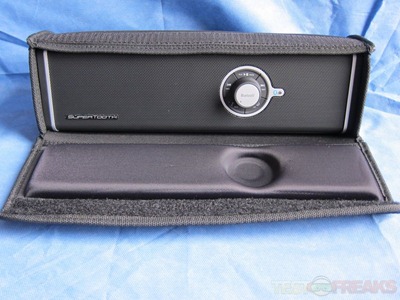 The back of the holster has access openings for the power and line in connections and a mesh cover for the rear subwoofer. 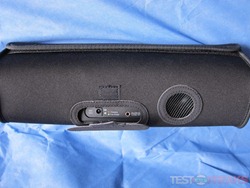 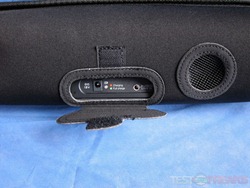 Sometimes good looks can only get you so far especially with a speaker system. The SuperTooth Disco is a well-constructed product that I would be proud to display on my desk or counter top. However, when its job is to reproduce sound and does only a fair job at that it then it is hard to give it a glowing review.

If the SuperTooth Disco came in under $100 then it would be something I could recommend for those who want to fill up a room or backyard with sound during a party. However at its current price it is hard to recommend especially if listening to the SuperTooth Disco in a quiet setting where most of its deficiencies will be easily discerned.