Today I guess you could say I have part two of the Tesoro Tizona keyboard review I posted yesterday and it’s the Tesoro Tizona G2N-P mechanical numpad. I could have combined the review for both parts but really the numpad is sold separately so it can be used by itself if you wanted to.  I thought it deserved its own separate review, a short review yes, but still a stand alone review. So read on…

Let’s start with a video unboxing, then continue on…

The Tizona numpad comes packaged almost exactly like the Tizona keyboard, it comes in a brightly colored and exciting looking box. 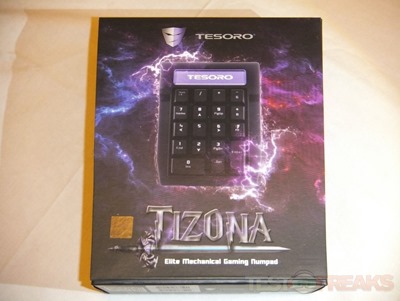 The front opens to show the numpad and the back has some information. 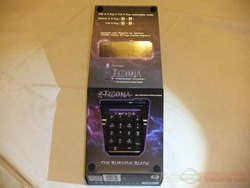 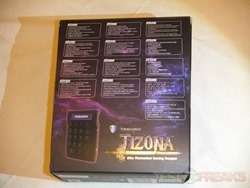 When you unpack everything you won’t find much, just the numpad and the USB cable. 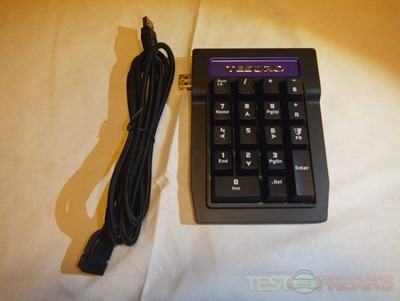 The USB cable is nice and long and it’s braided for durability. The cable is 1.8m or about 6 feet in length which should be long enough for any desktop placement you might need. 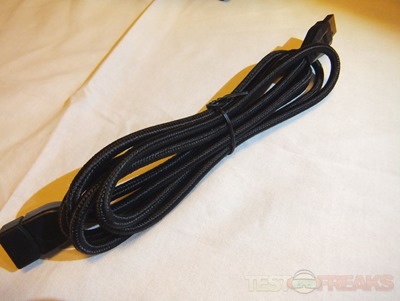 The numpad is black and purple in color and the one I received for review has brown key switches just like the keyboard. The numpad also has an Fn or function key that can be used with the minus and plus keys that have a 6 and an N on them. The 6 is for 6 nkey rollover and the N is for full nkey rollover so you can activate them as needed on the numpad. 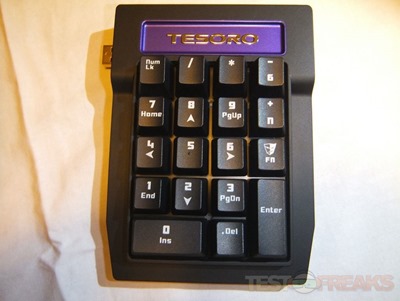 On the right and left sides of the numpad you’ll find two magnets, but one side has a USB connection to connect to the keyboard which you can move to the other side if need be. 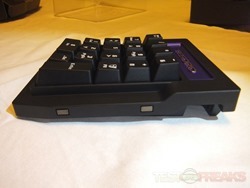 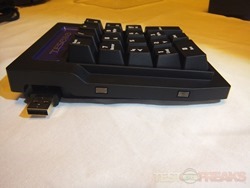 To bottom has two retractable feet and a large rubber non-slip pad. 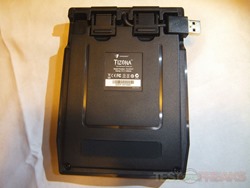 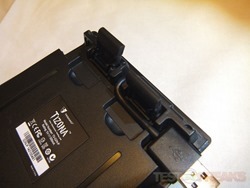 The USB connection is on a short cable and it can be locked into position on either side so you can use the numpad on the right or left of the keyboard. 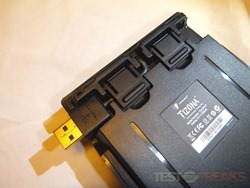 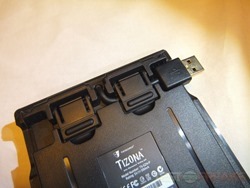 THE BURNING BLADE
Tizona is the sword carried by El Cid which was used to fight the Moors in Spain. It is now one of Spain’s most cherished relics

Here’s the right side of the Tizona keyboard showing the magnets and the USB port that the numpad would connect to, you’ll find the exact same things on the left side as well. 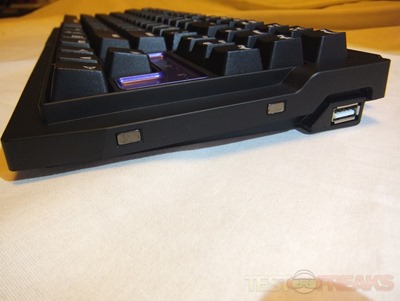 I’m right handed so I guess naturally I like the numpad on my right side, it’s either that or it’s the fact that every keyboard I’ve ever owned has it on the right side so that’s just what I’m accustomed to.The Tizona numpad though can be used on the right or left of the Tizona keyboard or you can use it all by itself with the included USB cable. 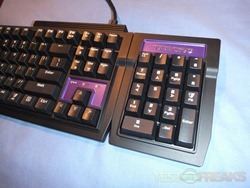 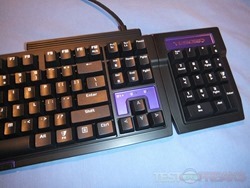 The magnets do an adequate job of holding the numpad in place as long as you don’t try and lift the keyboard, if you do it will just fall off with the USB cable still connected and the numpad will just be dangling in the air.

So I plugged it in and tried to start using it and immediately noticed the lack of any kind of indicator.  There is no numlock indicator on the keyboard or the numpad itself. I can understand not having one on the keyboard, as you might never use a numpad, but I really think there should be on on the numpad itself. Several times I thought the numpad was on only to find out after typing it wasn’t, very annoying to say the least.

The Tizona numpad has brown style key switches by Kailh, they’re very similar to Cherry so they work the same way if you’re familiar with brown key switches.

The Tesoro Tizona numpad is a welcome addition to the Tizona keyboard as I’m not a person who likes tenkyeless keyboards, I need my numpad but some people don’t ever use them so Tesoro gives you a choice.

The Tizona numpad doesn’t have to be used with the Tizona keyboard, you can buy it separately and just use it as an addition or stand alone numpad for whatever your needs.

The numpad can attach to the Tizona keyboard via magnets and the magnets do hold it in place during normal usage.

The numpad works fine and does feature six or full nkey rollover for gaming which is a nice feature for sure.

I have no issues with the numpad overall except for the fact that it’s missing any kind of indicator to let you know numlock and the numpad is activated.