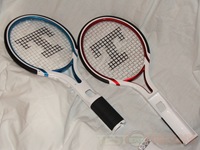 The Nintendo Wii is a game system like no other, it truly put you in the game physically, no other console system can claim that, at least not yet. It allows us to really play games like tennis, and sword fighting and truly get involved with the games and maybe even break a sweat while playing them, with every other console you just sit there with a controller in your hand. The Wii has opened up a whole new set of accessories as well for it, attachments that attempt to make gameplay even more realistic than it is. I know many people feel that there are too many attachments for the Wii, and those people are the ones also that complain the Wii isn’t a real console either, they’re sort of wrong on both counts though. The Wii is a console, and it’s a revolutionary one that allows us a level of interactivity not seen before with our games. As for the accessories and attachments, well yes there are a lot of them out there, maybe a bit too many, but they really do add to the fun and realism of playing games on the Wii. I like my Wii quite a bit, but I like my Xbox360 as well, both have their place, and you really cannot compare them to one another and I don’t know why people try to.

Today for review I’ve got an accessory for the Nintendo Wii from Thrustmaster. There are many companies out there that make attachments for the Wii, but Thrustmaster takes pride in what they do and they make quality products, at least those that I’ve had the experience to own. The product I’ve got for review is a set of tennis rackets, but these rackets are nicely made and they’re compatible with the new Wii Motion Plus accessory. Included with the rackets are also handle inserts and a foam tennis ball to allow you to play tennis in your house without the Wii, a nice little addition.

The Thrustmaster Tennis Duo Pack comes in a big  box, and inside that box is another plastic box along with user manuals. 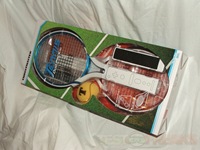 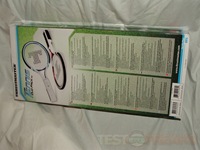 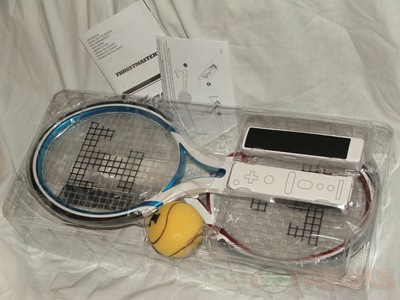 The Tennis rackets themselves are very nicely made, they’re plastic of course so they are lightweight. One is read in color and the other blue, the rackets actually have ‘strings’ on them, they’re just plastic but they look real. The rackets are padded with a foam on the outside edges as well for protection for people and things around you. 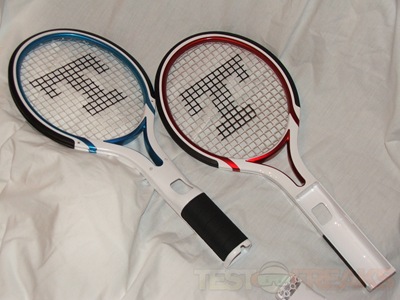 The front of the racket grip is hollow to allow for the Wii remote to fit in while the back has a rubberized grip to make sure you don’t lose it and a cut out spot for the button on the remote. 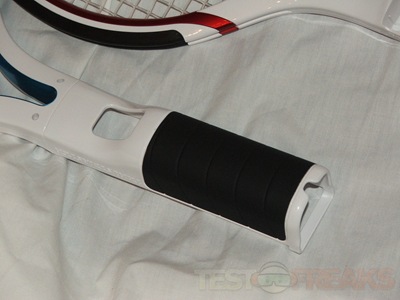 Included with the rackets are two inserts that fit into the handle which are rubberized as well. The idea of the inserts is that so you can actually play tennis with the included foam tennis ball. 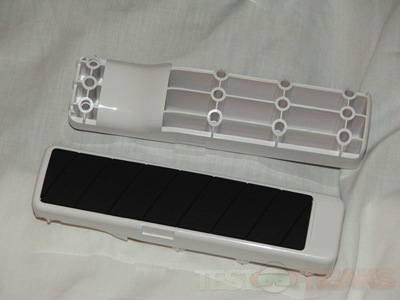 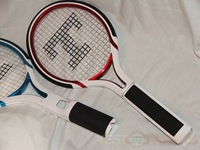 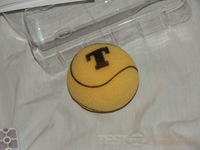 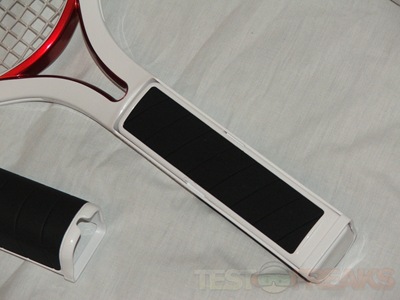 TWO PERFECTLY-SIZED RACKETS FEATURING A REALISTIC DESIGN, IN WHICH YOUR WII REMOTES* FIT WITH EASE:
-for a truly immersive experience in the world of tennis

-Stringing outer edge made from “shockproof” foam:
–for extreme protection

-Compatible** with the new Wii MotionPlus* accessory:
–for unrivalled precision

To play any tennis type game you’ll need to put the remote into the racket, it easily pops right in, but it’s held tight so it won’t easily come out while playing. 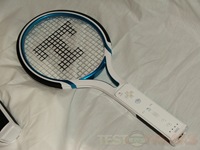 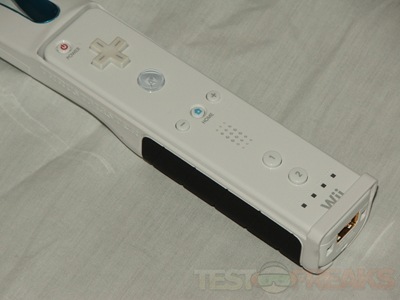 The bottom of the rackets are open so you can use the new Wii Motion Plus accessory with them. 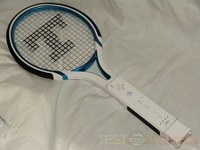 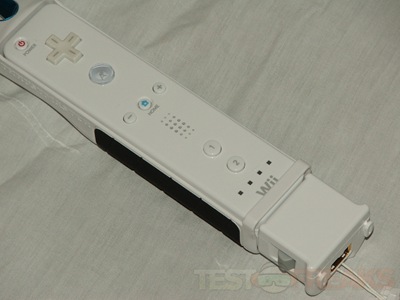 To test them out I used them with my Wii, while they won’t make you a better player, they will make the games more fun and realistic. They can be used with any type of tennis style game like Table Tennis in Wii Sports Resort or a full blown tennis game like Grand Slam Tennis.

There’s not much really to report as far as testing, they do what they’re supposed to do, they help further simulate playing tennis style games on the Wii. Sure you don’t need them to play, but they make playing more fun and realistic, just make sure you’ve got enough room in your home to swing a racket…

The inclusion of the inserts and the  foam tennis ball are a nice touch you can use them without the Wii to have a little bit of real tennis fun and not break anything.

The Thrustmaster Tennis Duo Pack is a nicely made product the will add realism and fun to your Nintendo Wii gaming. The rackets themselves are nicely made, they do look real, and they’re padded in case you happen to have an accident while playing.