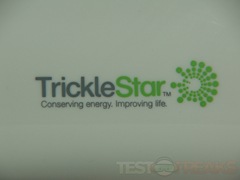 No matter who you are, or even how much you make, I’m sure you would like to be able to save some money wherever you can. Several of our audio and video products out there do not fully turn off when we hit the power button, they go into what is called standby mode. This standby mode might be seem like the product is off, but it really isn’t it’s still drawing power, thus your paying to use that product even if it’s turned off. Sure it isn’t that much money if you look at it as a single piece of equipment, but factor in an entire audio/video system and you’ve got quite a bit of money spent over the long run on products that are supposed to be off. One way to deal with this problem is to turn the main power off, if you’re using a power strip that’s fairly easy, just hit the button, but most setups have the powerstrips behind cabinets or entertainment centers, out of sight and most likely fairly difficult to reach. Mine is setup that way, I don’t want to see the powerstrip and I know most other people don’t either. So we all just leave the products turned on and deal with the added cost rather than climbing behind the cabinet to hit the switch every time we turn our systems off.

Today for review I’ve got a product that helps to eliminate the standby mode of electronics, specifically your audio/video equipment. The product is called the TrickleStar TV TrickleSaver, and what it does is sense when you turn your television off then it switches everything else off instead of allowing them to go into standby mode. I’ve been using it for over a week now and it works perfectly with my HDTV and accessories, it’s small, and it seems fairly well made, but there’s one small problem with it… read on to learn more.


The TV TrickleSaver comes in a nice little box with pictures and information listed on it as one might expect: 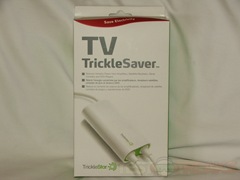 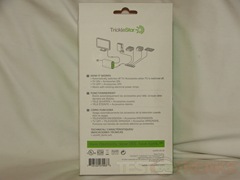 Inside you’ll find the product wrapped in a plastic bag along with several user manuals, all in different languages. 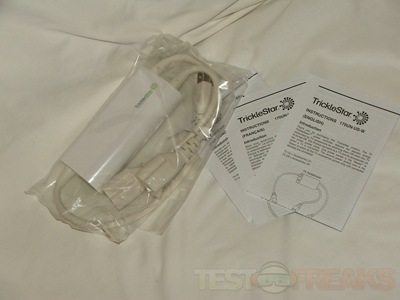 The TV TrickleSaver consists of three power cords coming out of a small, sort of oval, shaped box. 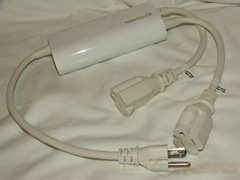 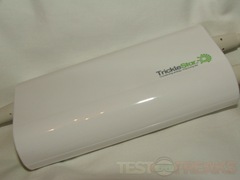 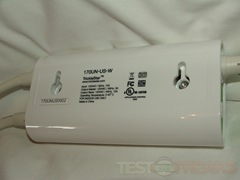 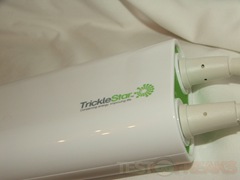 One cord is a male type that gets plugged into your electrical socket, while the other two are female to allow devices to be plugged into them. One cable is labeled Master and the other is labeled Slave. The Master cable is the one you hook to your television, and the slave is for any devices that you want to be able to switch off when you turn your TV off. You can hook one device to it, or you can hook an entire powerstrip with several devices to it. 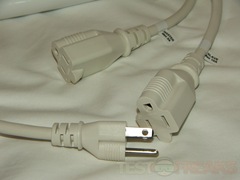 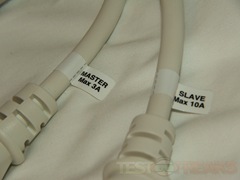 On the main power end is also a dial, this dial is to adjust the sensitivity of the sensor inside of the TV TrickleSaver if it’s not working correctly. What this means is that say your devices won’t turn off when you turn the TV off, well just turn up the dial a bit and it will work, and it works the other way as well if your devices won’t turn back on. 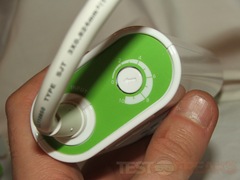 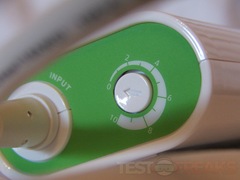 The TrickleStar TV TrickleSaver reduces the standby energy consumed by TV accessories  The product has inbuilt current sensing circuitry to sense when a TV is on or Off. When the TV is on the product will switch On all peripheral devices. Conversely when the TV is Off, the product will switch Off all accessories  The product is easy to install and provides simple automation to reduce wasteful standby energy consumption. The product is suitable for residential and workplace  applications. The product can be connected directly to equipment or connected to a standard electrical powerstrip with a number of connected devices.

Product Warranty:
The product is supplied with a 1 year product warranty against defective manufacturing and components.


Sorry there’s no pictures of it hooked up to my system, mainly because I’m embarrassed of my rat’s nest of cables I’ve got behind my entertainment center, I’ve just never go around to organizing things.

There’s nothing to installing it though, just plug your TV into the master plug and then plug the device you wish to power off when the TV shuts off. In my entertainment center I’ve got my Xbox360, Xbox HD-DVD player, Wii, Blu-Ray player, VCR, HD-PVR, MVIX box, Vizio 47” HDTV and my Sony Sound Bar HT-CT100 home theater system.

It’s always bugged me that when I turn the power off on the Sony system that it never turns off, it goes into standby mode, and it displays that on the LED display, it says ‘Standby’ until you turn it back on, so you really know it’s still drawing some power. You cannot turn it off with the remote, it only goes into standby mode, you’ve got to physically hit the power button on the main unit to turn it off, but then it’s never truly off is it?

So for testing I decided to check out how much power my stuff was using, I hookeed up my Kill A Watt EZ Electricity Usage Monitor to the surge protector power strip I’ve got several things plugged into. In one strip I’ve got the Sony HT-CT100, Sony Blu-Ray player, VCR, Xbox360/HD DVD player, and Wii. Using the Kill A Watt it tells me that when these devices are off, or actually in standby mode they’re using about 9 watts of power. That doesn’t seem like much, but figure that out over a year, and that’s a bit of money you’re essentially throwing away.

It’s a great device, but there’s one glaring flaw in it, it’s not a surge protector! I’ve seen what lightening can do to electronics, a couple years ago I had a strike down the street from me, it hit the transformer on the pole and there was  huge power surge that actually burned and melted my surge protector, and it wasn’t a cheap one either. I use dual surge protectors thankfully so my equipment survived untouched.

With the TV TrickleSaver they suggest plugging it into the wall outlet then plugging your TV in and then a power strip into the other one. They do also suggest you can plug it into a powerstrip as well. There’s no surge protector in the TV TrickleSaver so if something does happen you’ll most likely lose your TV, but of course your other components will be safe. I hooked the TV TrickleSaver into my surge protector and then I hooked the other stuff up to it, this can be flawed as well, the slave line is limited to 10 amps, but realistically you’re most likely not going to hit the 10 amp mark. Again I hooked up the Kill A Watt EZ and just powered everything on, I hit about 2 amps, and that was just powered on, not under load or anything, and that was everything on, I’m not going to be using the Xbox360, Blu-ray, VCR and Wii at the same time, it’s virtually impossible to do that…

So basically you’ll need to buy another surge protector to go with the TV TrickleSaver to protect it and your TV from any disasters, though you’ll most likely have one floating around.

The cost of this product is about $35, and I think it’s worth it really, I guess it all depends on just how much stuff you’ve got running in standby mode to justify the cost. Still though, saving any money is a good thing right?

The TrickleStar TV TrickleSaver works exactly as advertised, it effectively kills those electricity vampires that are roaming around your house. It works, and it’s very easy to use as well.

The problem comes in with the fact that it doesn’t include any type of surge protection, it could be a perfect product if it did. Of course the problem is easily remedied by hooking it to a surge protector, so it’s not that big of a deal. 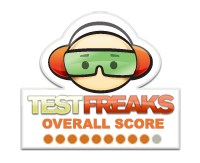 Pros:
+Works as advertised
+Nicely made
+Very easy to use

← A Home for Your iPod: Logitech Unveils Two New iPod Speaker Docks
How to Use iPhone and X10 for Home Remote Control →