The Kinect is a great addition to the Xbox 360, it adds a more physical aspect to gaming and it’s just a lot of fun really. The one problem with the Kinect is that it needs  a lot of room to work, and people with small living rooms or apartments are going to have a problem with it. Nyko has come up with a solution for that and it’s called the Zoom and it does what it sounds like, it zooms the Kinect lenses in so you can play in a smaller area. I’ve got one and I’ve used it for a while and I found that it really does work as advertised. I’ve got a large living room, but it still felt a bit cramped with the couch in the way, with the Nyko Zoom I don’t have to worry about the couch anymore really.

The Nyko Kinect Zoom comes in a small box with the familiar green colors of the Xbox 360. On the box is of course information about it. 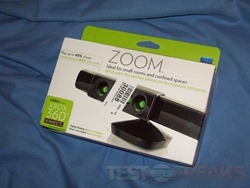 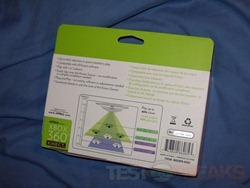 It’s actually two boxes, or a slip cover and a box. 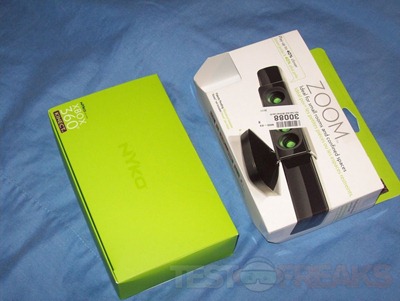 Opening it up you’ll find the instructions right on top with the Zoom wrapped in plastic for protection. 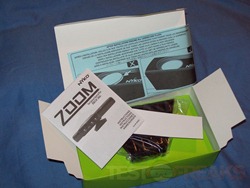 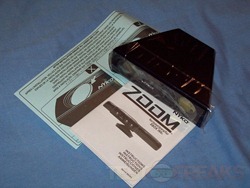 The Zoom itself is a one piece device with three lens on it to coincide with the lenses on the Kinect itself. The lenses are made to reduce the range of the Kinect by up to 40% so you can play in a cramped space like an apartment. The Zoom itself is well made, it’s plastic of course but it feels heavier than it looks really. 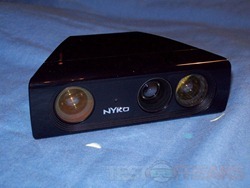 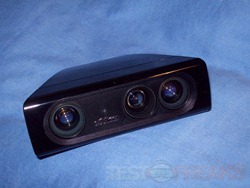 It fits over the Kinect and is held on by tension essentially. 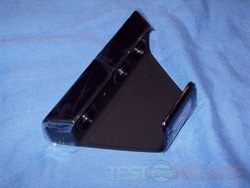 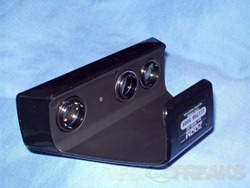 Here’s a better look a the lenses, they’re actually spring loaded, the lenses move in and out. 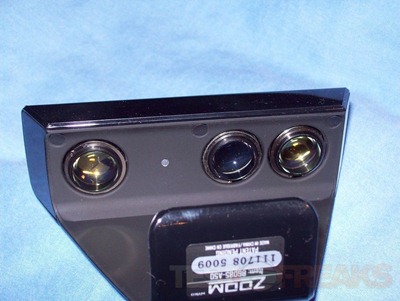 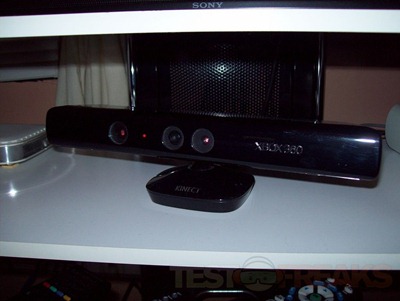 To attach the Zoom you just slip it over the Kinect, and it locks into place. Simple and very easy to do. 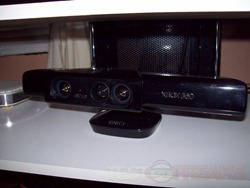 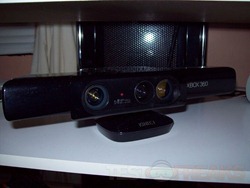 Once I got it installed I turned on my Xbox 360 and then I had to re-calibrate the Kinect as it couldn’t see me. Quick recalibration consisted of me just walking closer to the Kinect to get it to work with the Xbox 360 dashboard. I was really surprised by just how close I had to get to the Kinect with the Zoom in place, it seemed like much more than 40% shorter to me.

One of my favorite games on the Kinect is actually Fruit Ninja so I played it for testing the Zoom. I did have to actually calibrate the Kinect since it had the Zoom on it for playing the game, which wasn’t a big deal. I found the Zoom didn’t interfere at all with normal game playing, it just made the distance I needed to be from the Kinect shorter.

I’ll be honest here, I’m really amazed that the Zoom really works as well as it does. It really does reduce the amount of room you need to use the Kinect. I’ve read about many people having to re-arrange their living rooms in order touse the Kinect, and then when they’re done having to put everything back. I wouldn’t want to do that, and with the Zoom you shouldn’t have to anymore.

The great think about the Zoom is that it you can take it off very easily and put it back on if needed. You can take it to your friends house as well and share the experience.

One small drawback is that the Zoom does slightly distort pictures, that can be bad if you use it for taking pictures. Personally I don’t use my Kinect for picture taking, so it’s not a problem for me.

I have to say I’m impressed with the Nyko