The world of sports has been hesitant to introduce new technologies to matches. Though sports science is flourishing away from competitions and helping get athletes and players in the best shape of their lives, there have been very few attempts to actually bring technology into sport. Nevertheless, some changes are emerging. Here are three sports slowly being transformed by technology. 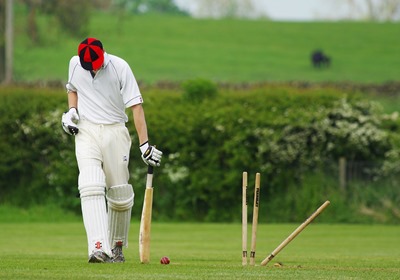 One of the big changes to come to football recently has been the somewhat controversial inclusion of VAR, otherwise known as the video assistant referee. This is a review station that allows referees to go back and check the footage again if they feel that something wasn’t right.

Though it can only be used to check certain moves, it has completely changed the way the game plays out. It has proved to not be a hit with the fans since they feel that it robs them of the chance to celebrate the game. There have been countless examples of a goal to be scored and the crowd to go wild, only for the referee to check VAR and void the goal. It is proving to be a frustrating addition, and we will hopefully see it embraced more successfully in the future.

A technology similar to VAR also exists in cricket. The Decision Review System (DRS) has also been criticized as fans think that it takes too much away from the wickets and play.

However, one of the biggest innovations has undoubtedly been the snick-o-meter. This is an incredibly sensitive microphone that can pick up the sound of the ball nicking the bat. It helps to determine whether or not the bat and ball make contact. Extra information is then passed on to the television audience to help them understand what they are seeing in front of them on the screen. If you are searching for some fantastic cricket betting tips, analyzing the data generated from devices like this can be invaluable.

While other games are looking to introduce precision instruments, rugby is trying to safeguard their players’ health. Whether you are playing rugby union or rugby league, you cannot deny that it is one of the rougher sports you could try.

Luckily, scientists have a few tools that could help. Players now have GPS units on their back and special devices to monitor for concussions placed behind their ear. Both should help to monitor the health of players massively and should really help coaches and players alike keep health at the forefront.

Technology and sports go hand in hand more closely than people may first think. The new pieces of tech might seem frustrating to long-term fans but they serve important purposes. They are all working to make the games safer and much fairer for all. What’s more, governing bodies would not introduce them if they did not have good reasons to do so. It is high time we as fans accepted them and the good they can do for both the players and the game.

← Difference Between Native, Web, and Hybrid Apps
Here’s Why You Must Consider Integrating Your LMS With Salesforce →