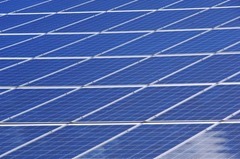 The advantages of having a solar generator kit are a lot. This innovative item can be used when you least expect it. Learn why so many people love it.

According to the evidence, it appears that humanity’s reliance on fossil fuels is contributing to cataclysmic climate change.

It’s not just a result of inefficient gas guzzlers either—much of our electricity still comes from coal-powered power plants.

The looming threat of climate change has encouraged many people to change their own energy habits. Some merely cut down on their energy usage. Others look to renewable energy sources to entirely cut fossil fuels out of their lifestyle.

If you’re in that second group, there’s a good chance that you’ve already considered getting a solar generator kit to make your home more energy independent—and eco-friendly!

If you’ve been on the fence about transitioning to solar power, take a look at five great benefits of having your own solar generator.

Save on Energy Costs

In 2017, the average American household spent over $110 on their monthly electric bill. That’s about 15¢ every hour. And while 15¢ might seem like a paltry amount, it certainly adds up over time.

In addition, the price of electricity increases every year.

On the other hand, a solar-powered generator gathers energy from the sun for the low, low price of free.

After the initial purchase of the generator, there are no ongoing expenses. While most generators require the purchase of expensive gasoline or diesel, solar power is completely free.

Most generators are needy little machines.

Their combustion engines are filled with several moving parts that degrade over time. Parts wear against each other, screws come loose, gunk builds up between parts.

To keep your generator operating smoothly, you need to perform regular maintenance to address these concerns. When pieces wear out, you need to replace them.

Then there’s the matter of the fuel. In addition to regular refueling, liquid fuel can also spill and cause malfunctions.

And when your generator is down for maintenance, that also means you’re without power.

On the other hand, a solar generator is incredibly low-maintenance.

It has no moving parts. There’s nothing to refuel. Besides periodically replacing batteries, there’s very little maintenance work you will need to do.

Gas and diesel generators have been popular for a long time. And it’s not hard to see why. They offer reliable, off-the-grid power for anyone who lives in places with frequent blackouts, serious campers, and those looking to be energy independent.

But there’s one really annoying thing about them…

All of those moving parts we mentioned earlier make an awful racket when the generator is on.

In addition, there’s the “combustion” part of the combustion engine. Gasoline and diesel generators operate through thousands of small explosions.

Most generators have some sort of sound-damping just to make them bearable to be around. But even with this, many generators can be as loud as the roar of heavy city traffic.

That’s hardly a draw for anyone hoping to provide electricity while camping. For hunters, it’s even worse, as that rumble is sure to scare the game away.

But again, a solar generator has no moving parts. It generates power from the sun instead of through combustion. As a result, solar generators are almost completely silent.

One of the most common criticisms of solar energy is that it isn’t reliable. Critics point to the existence of clouds and nighttime, claiming that they can completely thwart solar power.

While it’s true that a solar panel cannot draw energy from the sun when the sun isn’t shining, it’s ridiculous to believe that a solar generator cannot supply power in the dark.

Sunlight provides an astonishingly large amount of energy. In one second, the sun creates more 380 quadrillion Joules of energy—that’s more energy than what has been used in the history of mankind.

Obviously, not all of that power reaches earth—good thing too, or we’d quickly be vaporized. But if you were to connect a solar panel directly to a device, it would not be able to use all of the power that it gathers from the sun.

To ensure that power is not lost, solar generators store energy in a series of batteries inside of the generator.

When the sun is shining, these batteries are charged by the “overflowing” power. When it is dark, the batteries power the devices plugged into the generator.

The result is uninterrupted power.

But you need a reliable solar generator. To find the best solar generators for you, visit PoweredPortableSolar.com for trustworthy, in-depth reviews.

Fossil fuels like coal and oil have been the primary sources of mankind’s power ever since the Industrial Revolution. And while many power companies are looking to natural gas as a fuel source, natural gas is still a fossil fuel.

There are a couple major issues with fossil fuels that have soured their taste for many users.

First, there’s the issue of emissions. Fossil fuels release chemicals when burned—chiefly, carbon dioxide, the gas largely responsible for the greenhouse effect. These emissions are the chief cause of climate change.

Second, these are all non-renewable resources. They exist in finite amounts.

And they’re running out. As sources deplete, it becomes more expensive to obtain, causing rising energy prices to consumers.

However, the sun is a nearly endless source of power. There’s no risk of running out, which means there’s no chance that your power costs will increase.

And, you take peace in knowing that you are taking steps to reverse climate change.

Get Your Own Solar Generator Kit

If you’re sold on the importance of solar power, then it’s time to purchase your own solar generator kit.

Read some reviews to make an educated decision, then put your home on the path to energy independence!