Most of the people you’ll find playing at casinos these days use math and logic when they gamble. They focus on the odds of a selected game, learn the rules before they sit on a table, and analyse their hands thoroughly. Then, they use strategies to make their next move.

Amidst these players there are some that take it a step further. These are gamblers that cling to superstitions. Some know that they believe in something unrealistic, while others completely put their fate into strange beliefs.

Poker is a game of skill, but in addition to this, it is based on luck. Here are some of the weirdest, but amazing superstitions that poker players share.

Poker players these days do not accept a fifty-dollar bill when they exchange their winning chips! For example, a player wins $1550, but when the cashier tries to pay them, they request two twenties and will even leave some amount so that they don’t get a full fifty. When gambling at an online casino, some players can even refuse money they made by using free spins no deposit UK if the withdrawal limit is $50. No matter how great this offer sounds, they’ll only accept a lower or higher win.

You’re probably wondering: what’s with this superstition? The answer is not very clear, but there are several theories for this.

Some players believe that the Las Vegas mob used to bury bodies with a $50 bill in the person’s jacket pocket. Others don’t want this bill because it features the former US Civil War General and President Ulysses Grant, who didn’t do well in managing the economy of the nation. And lastly, there’s the frequent confusion with $5, $20, and $50 bills. Players don’t want to make cash mistakes, so they avoid it altogether.

How often have you heard about people wearing their ‘’’lucky shirt’’ to job interviews or their ‘’lucky pants’’ to an important meeting. This is also a frequent superstition in the gambling industry. If you’ve seen some interviews with poker players, you might have heard of a clothing item they always wear to get luck at the table.

This can be anything from a hat or a shirt to lucky underwear or even socks. Poker players, even the best ones, often wear a lucky piece of clothing for important games, especially for their final table appearances.

When you gamble, you can expect wins and losses, even if you are the best player out there. There’s not a gambler who didn’t lose at some point. This is simply a part of the game.

Still, many disagree with this. Whether it is because of pride or superstition, no one can tell. But, you’ll frequently hear players saying that they lost because the dealer brought them bad luck. 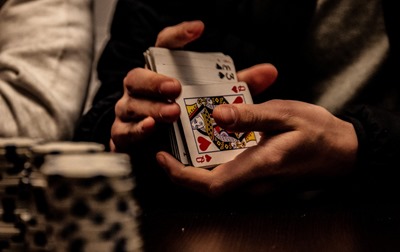 This can even go a different direction. Some players can leave an online poker room because they think another player they’ve gambled with brings them bad luck! You’ll just read in the comments: ‘’Not you again!’’

This is a very common superstition that has existed for a long, long time now. Most poker players, especially the experienced ones, carry a special item on them whenever they gamble. This is their card protector.

The card protector can be just about anything. Some carry a chip from a casino when they won a big amount, some figurine that was a gift from their family members, a picture of their children, etc. In most cases, they just carry them around because that’s somewhat of a custom. In others, they believe that without their card protectors, they’ll surely lose.

The latter will go as far as to stop gambling when they realize that their protector is not on their person. They can travel miles to get it before they sit back on a poker table.

On a poker table, you’ll see people doing many different things. If you pay closer attention, you’ll often see someone who stacks their chips in a certain way – always. There will be players who never do their stacks bigger than 5 or 10, or the ones who only make stacks of 15 or 20. 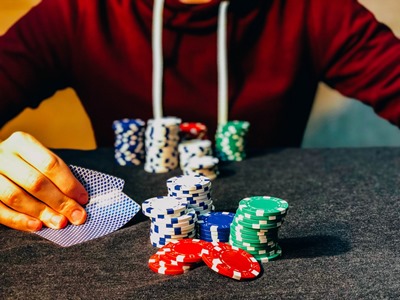 Some do this because of a habit, but others do it because of superstition. They believe that a certain amount of chips in a stack will bring them luck, or that a wrong amount will make them lose.

Where there is luck, there’s always some superstition. These are just a few examples of weird, yet amazing beliefs that many poker players share across the globe. They can go too far or simply be the way players want to gamble. As long as your superstitions don’t hurt your game, there’s nothing wrong with having some beliefs.

← Are DC Motors and Controllers the Best Option for Robotics?
We Approach Machine Learning with Horizon-Agency (Orienta united Agency OÜ) →