The Android Operating system is quickly becoming a very popular platform of choice for smartphones… with literally millions flocking to devices built upon it. In fact, research firm Gartner has predicted that 75 million Android phones will be sold in 2012, making it the second most popular mobile OS in the world.

Add to that, Android is an open source solution, free for manufacturers to use on a slew of constantly refreshing lineup of handsets, and it would seem that the Android movement is unstoppable. And, in many ways, that is true. But underneath it all there is a problem. 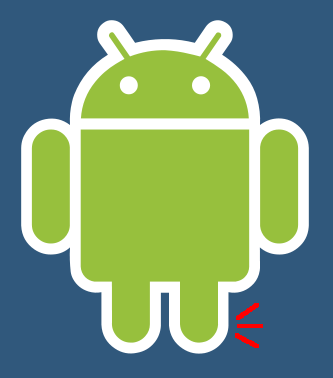 The Problem Of Excessive Choice

What is this problem, you ask? Well, the problem is what would at first seem a good thing – choice. The end consumer is free to choose which Android phone they want and what software source they want. The smartphone manufacturer is free to choose what flavor of Android they want to implement, and even what hardware specs they use. The choices are practically endless. And we have been taught that choice is good. But therein lies the problem. Let’s explore this.

If all the phone manufacturers have equal access to the Android OS, then how are they going to make their wares stand out in a crowded marketplace? Simple – they are going to tweak it, with either hardware refinements, operating system supplements, or both. The highly competitive market almost guarantees this to happen. In fact, more than one smartphone developer is seemingly competing against itself with the latest and greatest Android model.

Let’s just stop for a moment and consider the offerings from HTC. Fresh from their website I found five Android smartphone choices: Droid Incredible, Droid Eris, HTC Hero, MyTouch 3G, and the G1. If I were to choose, I would go with the Incredible. But until very recently I would have jumped on the Hero. What if i had done so? Then I, my friends, would have envy. Hardware envy. I would want the bigger screen with more pixels, and the nicer camera is definitely on my envy list. But as soon as I buy the Incredible, I just know that the Ultimate is around the corner. And this leads to an interesting conclusion.

That conclusion? Android is fostering Hardware Envy as a way of life. The G1 buyers wanted the Hero, the Hero users want the Incredible, and so on. And that’s just from a single source – add in the other manufacturers and it gets wacky. It’s extremely easy for the average consumer to get lost when trying to make the best purchasing decision. And the contracts in place from the carriers don’t help, so hardware envy may be yours for a while.

Maybe we can look at it like this – imagine a hundred buffet restaurants on the strip, but you don’t know what they have on the bar. Sure any one may have something good to eat, but later when you meet friends and they talk about how wonderful the Lobster Bisque was at their choice, well, the meatloaf just won’t cut it. Too bad you agreed to eat at your restaurant for the next couple of years. In fact, the next time around you may just go to the burger joint and avoid it all.

We’ve touched upon how consumers may be lost when it comes to making the right Android choice. In fact, a lot of research has shown that, on average, consumers don’t always do so well with a lot of choices. Barry Schwartz, in his 2004 book, The Paradox of Choice – Why More Is Less, argues that reducing consumer choices can ease consumer buying anxieties. As Barry writes:

Autonomy and Freedom of choice are critical to our well being, and choice is critical to freedom and autonomy. Nonetheless, though modern Americans have more choice than any group of people ever has before, and thus, presumably, more freedom and autonomy, we don’t seem to be benefiting from it psychologically.
—Ch.5, “The Paradox of Choice”, 2004

It would therefore suggest that by reducing the choices and easing the consumer anxiety would lead to more sales. As an example, consider the iPhone user that has been carrying the single flagship product the entire time that the Android model shuffle has been taking place. It is easy to see how customer satisfaction can remain high when you remove the hardware envy, and this satisfaction can drive other sales in the long term. You end up with customer loyalty instead of the drive-bys, if you will.

Even if you step back and say that the Android self-competition is fueling innovation in the mobile market, with which I would tend to agree, the agreements with wireless carriers are at best incompatible with the concept. Once the consumer buys a particular Android phone, they are locked into a contract with that carrier (and perhaps rightfully so, since the carrier subsidizes the phone). That means when the next Android model hits, the consumer may or may not even have access to an upgrade unless they pay to break their contract.

The smartphone maker, if they do want to update their device lineup, has to work with the carriers to determine who gets which device. The drive for each manufacturer to shine in the market creates a short device turnover period, and this is in contrast to wireless carrier contracts. The end result is that each new Android phone “style”, if you will, needs to be tweaked for each carrier. This creates even more choices that confuse the consumer. The different carrier policies can even make the same phone have different capabilities, making it difficult for developers to count on a given feature.

Having Android across millions of phones would seem like a great thing for a given developer. That is a lot of potential customers, and to a large degree that is true. However, for each “tweak” by a given handset manufacturer you have a potential incompatibility that will prevent your app from working as intended. The developer needs to test, test, test – losing valuable time and complicating delivery.

Beyond just potential incompatibilities, new features must be taken advantage of if you want your app to be popular. For example, consider the HTC Hero and the HTC Incredible. If you had written a really cool game for the 320 x 480 Hero, and looked forward to it be being popular on Android devices for a while, then the Incredible’s 400 x 800 screen is going to present a problem. At best, it is not going to look as good as new apps. At worse, it will not run at all.

In the meanwhile, the iPhone version works with all iPhones to date without a hitch, including the iPod touch. In the time you have tested with all of the major flavors of Android, crated specific media to take advantage of the different screens, and verified that the feature set from each carrier encompasses what you are using, the iPhone developer has created multiple titles. The Android aspect of choice has made the developer’s job more complicated.

The Android Mobile OS is not the first OS to have this problem. Consider the Windows Mobile platform. While not free, WinMo was sold to the manufacturer, which then was free to tweak as desired (see the similarities?). The end result was a plethora of devices that sported 12+ different screen configurations and varying hardware. Developers were forced to pick and choose what they would support, and quality software lagged.

Despite having an immense lead in the mobile market and brand recognition with the world’s most popular desktop operating system, Windows Mobile has fallen far from where it logically should be. You would probably not be surprised to find that a lot of iPhone developers cut their mobile teeth on Windows Mobile, but have no interest in going back after the simplified mechanics of the iPhone and its AppStore – Apple frustrations included.

Even the fact that Android is open source could lead to its open choices being a downfall. Anyone remember J2ME? The open source mobile platform splintered among development efforts, and its promise is now all but forgotten. While Windows Mobile avoided that due to Microsoft’s control, Android, being open source, is in actual danger of this as time progresses.

As we know, Android is a flexible open source mobile operating system that is spreading like wildfire across the smartphone market. However, without some kind of standards and control, we may find that a few years down the road we will be looking back at the dominating mobile OS that almost was. And that would be a tragedy.

32 comments for “The Android Achilles Heel”