Before we get started with bitcoin mining, let us start with defining bitcoin. Bitcoin is a digital currency or cryptocurrency which was introduced in 2009 in a white paper by Satoshi Nakamoto. As a purely digital currency, bitcoin has gotten more and more popular for online transactions but can, in fact, be used in real life too. It is a cryptocurrency, a monetary system which uses encryption to secure transactions, while transactions are kept anonymous by the fact that every user as well as their “bitcoin wallet” are only identifiable by a string of numbers and letters rather than a name or address or other personal information. 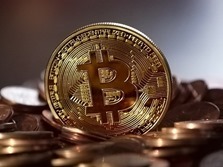 Bitcoin mining is a resource-intensive process in which a person or a group is rewarded with bitcoins once they have successfully solved a series of complex mathematical algorithms. It requires the use of specialized, advanced computer hardware and programs and is designed to be difficult so as to ensure that the number of blocks found daily is kept within a certain volume.

What is a Bitcoin Block?

Investopedia defines a block (bitcoin block) as “a file where data pertaining to the Bitcoin network is permanently recorded. A block records some or all of the most recent Bitcoin transactions that have not yet entered any prior blocks. Thus, a block is like a page of a ledger or record book.” Each block is linked to a mathematical problem which miners attempt to solve every ten minutes using cryptographic hash functions.

How Many Bitcoins Can Miners Be Rewarded With?

The reward for bitcoin miners is set to be split between everyone in the network, and ranges between 12.5 to 25 bitcoins. The production of bitcoins has a maximum limit of 21 million, which is estimated to be reached by the year 2040. The reason for setting a limited supply volume is to avoid inflation and keep the system under control. 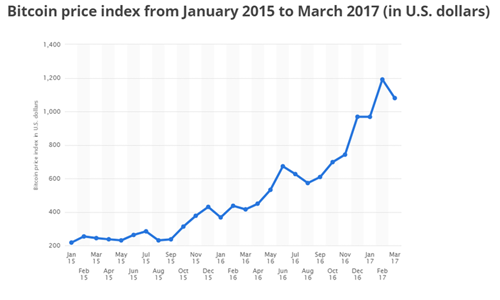 Bitcoin mining has evolved over the years to allow beginners to start mining using simple and user-friendly software that eliminates the need for complicated commands. While it seems likely that beginners would want to start mining with their current desktop computer’s CPU, an AMD or NVIDIA GPU (graphical processing unit) might be preferred by others for faster mining.

Michael Caughey’s book titled “Bitcoin Mining Step by Step” offers information and insights for beginners to help them decide whether to mine solo or with a pool, choose mining equipment and software, and be aware of any legal concerns. For those who simply cannot make up their mind, GUIMiner gives neophyte miners a bit of flexibility as it can work with CPUs and GPUs, and allows users to choose whether to go solo or select a mining pool from an embedded list.

Udemy offers a full online course called The Complete Bitcoin Course: Get .001 Bitcoin In Your Wallet, which provides an in-depth account of the history of bitcoins, its profitability potential, and a step by step guide on how to start bitcoin mining. The instructor gives each paid online student .001 BTC so they can get started with their first bitcoin transactions.

Anyone who is interested in starting their bitcoin mining venture can definitely benefit from these tools. Like any type of investment, it pays to be prepared and well-informed.

← Deal: 15% Off EwinRacing Gaming Chair
The Top 5 Things You Can Do with Microsoft Software →