Cellphones – today almost everyone has one. Not only are there cellphones, but there’s also smartphones – smarter than just a mere phone, and getting even smarter… is only an app away. And the phones are getting smaller almost as fast as they are getting smarter. They are now ultra-portable, and can travel with you as you journey throughout the house and throughout the world. They are amazing.

Since they’re so amazing, why did I have so much trouble ditching the home phone? Why should getting rid of the dumb, tethered to the wall, practically prehistoric beast be met with anything but victory? After all, I upgrade my smartphone with eagerness each time I can think of a valid reason and find the right price break. But I found it a challenge to get rid of the antique landline and go commando with only a smarter cellphone. 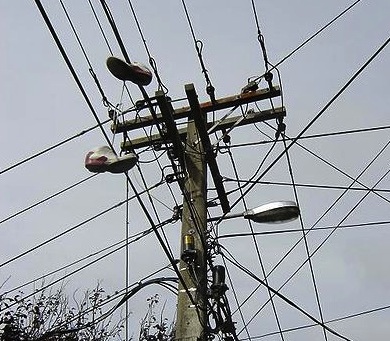 Hard To Part With Habit

Perhaps I am a bit old fashioned, but I grew up with a phone being in a residence. In fact, it seemed to define a residence. You know how you recorded the answering machine message, right? “Hello, you have reached the Smith RESIDENCE. We can’t come to the phone right now, but if you will leave a message, we will get back to you”.

That’s right – when you call the landline, you are calling the residence. You are calling the abode itself, and the home phone gives the house a connection to the outside world, a presence that goes beyond the brick and mortar itself.

When I call to check on my parents, who will no doubt have a landline until they pass from this world, I am calling to check on anybody at that location to see how they are doing. I don’t care who answers, as long as they answer.

That is, as long as they can go to the phone, as the answering machine message above clearly details. Of course, most people use cordless phones with their landlines now for better convenience, but at some point you still have to go to them, usually at the point of charging.

You see, home cordless phones are not designed to be truly cordless, only temporarily cordless until they can be placed back in the charging cradle after a few conversations. And that was one of the things that motivated me to consider dropping the landline. In good time I did, but it came with more questions than it solved.

As I mentioned above, I would call my parents to check on them on occasion. Well, the inverse of that is certainly true as well. But since I kicked the landline out of the house, my husband and I are known by our own distinct phone number. The end result is this – my parents call my cell phone, and his parents call his. Since becoming fully smartphone dependent, I can count the number of times I have spoken to his parents in a phone conversation on one hand. Don’t get me wrong, I love and adore my child’s grandparents, but it is easier for them to keep up with just one new number at a time.

As for my husband, he has talked to my parents a total of once, and then it was on my phone. My dad had a technical question that was really my husband’s forte, so I reached the phone to him. Everyone is still as pleasant as ever, and get-togethers are always wonderful. But let me say this, for the record – having personal cellphones instead of a home phone leads to a dividing of the family lines instead of uniting them. It is a tiny difference in the overall scheme of things, but to a hopeless romantic, it should be noted.

Which Phone Do I Use?

As I hinted earlier, each of us having our own cellphone and the lack of a regular home phone presents it own set of logistical problems. For example, when I go to the doctor and they ask for a phone, do I use my husbands or mine? If I am in an accident, calling my phone doesn’t make a lot of sense. But if it is a follow up from the doctor then he will probably not be the best to talk to, if he even remembers to tell me about it all.

Consider the school, which wants a contact number. Again, do I use his or mine? In the past the choice was simple, call the home phone and, if nobody is there, leave a message. There was at least a chance somebody would check the answering machine. But now, if I use my phone number and my battery dies, it rolls into message hell and I won’t know about it until I get a recharge. At least my husband keeps his phone charged up regularly, even if he is slow to answer it.

Luckily the answer to that question is slowly being answered for us. Many places are now supporting multiple contact numbers, which makes it simple to give them both numbers. I am assuming that the idea is to call until you get someone, especially if it’s an emergency. Of course, the bugs are not worked out of the system just yet – an automated call from the school rolls straight into my voicemail without ever calling him. Luckily we stay on top of weather conditions and news reports regarding our child’s school, but it would be easy to miss the single communication attempt from the school system.

A Landline is a Better Physical Connection, Right?

One of the final decision factors for forgoing the old landline was the belief that the physical connection to the outside world would be better in the case of a power outage or other emergency. I held on to this belief for the last year of our monthly home phone bills, until the truth hit me one day during a power outage.

You see, out of convenience, we used cordless phones. The cordless phones need power on the base station to actually work as anything more than a paperweight. When the power went out, I went to call a neighbor to see if their power was out as well. Of course, the cordless phone did not work, and I had to use my smartphone, which worked great. A year’s worth of reasons for keeping the landline was just shattered.

Now, I know that I could have bought a simple plug in phone and used that in the house during the power outage, but in reality if the outage is bad enough to affect the local cell towers, there is a good chance that the landlines will be out too. And who wants to fumble around in a dark house to find the stored plug in phone when my cellphone is right beside me?

What About the Children?

Of course, no home phone opens up one area for consideration, and that is, “How are your children going to talk on the phone”? Don’t get me wrong, it is cute when our child wants to talk to either set of grandparents, and both my husband and myself share our cellphone with him. But what happens when he has friends – possibly even girls – calling to talk to him? At some point, without a home phone, a child may need his/her own cellphone as well. Of course, it is a great way to keep tabs on your child, but when they come to that age consider the additional cost in any home phone removal strategies.

In the end, we made the leap and killed off the home phone. In all honesty, it has been much more convenient, and we are never afraid of missing a call when not at home. For us, the advantages outweigh the disadvantages by a long shot, and I would highly suggest anyone in the same circumstances to consider doing the same.

Not only do you avoid a costly monthly charge, but you also simplify your life with one less number to juggle. I know that if someone wants to contact me, they will be calling this phone, and keeping it close by is a comforting thought. But if you do, consider visiting the in-laws more or at least calling them on occasion. It will help to minimize the effects of the great divide.