Having a smart assistant might be recommended by future-forward brands, but will it prove effective for your construction project? 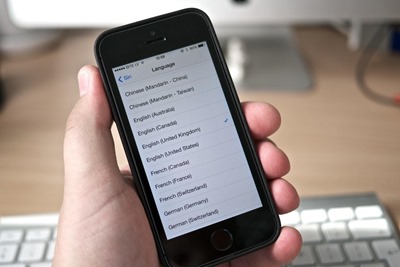 The increasingly litigious nature of the construction industry has always kept clients on guard.

They fear repercussions brought on by incidents that seem harmless at first but can escalate into a project shutdown. Take a loose wire hanging out of a ceiling of a residential site. With the pace of on-site work, workers too often miss putting away materials blocking passage areas. Should the materials hold combustible properties and come in contact with the loose wire, it may well lead to an explosion costing the entire project, to say nothing of losing credibility in the market. Many homeowners are growing wary of contractors doing a shoddy and untidy job, and with an incident of that magnitude, they may well consider legal action to recover damages.

Construction technology constantly endeavors to knock down job site inefficiencies. Voice recognition surfaced in the early 1990s and was used in CAD for calculating quantity takeoffs and inspections. Over the last twenty years, construction teams have come to depend on voice transcription and voice-led record keeping for quick transfer of knowledge of an incident. Voice-recording software captures exactly what happened and further notes a minute-by-minute account of job site situations.

As reliance on them grew, construction professionals have ignored some considerable flaws in this software, most prominently it’s still nascent contextualization capabilities. Human communication goes beyond words spoken, its environment and accompanying non-verbal cues convey probably more than speech. Voice software doesn’t factor this in and can easily provide reports rife with muffled speech due to a noisy background or improperly translated words due to a slight accent variation.

Nevertheless, its use and importance must be noted for what it can do without over-reliance on its ability to catch details.

Here’s how cloud construction apps pair up with voice technology.

While caution is still recommended as stated earlier, voice tech can record basic project data through a host of distinct features. It allows users to key in custom commands to create documents, put in boilerplate text, launch applications, manage forms, and automate complex functions. All a user does is clearly enunciate tasks through a hands-free microphone.

These instructions provide the system with a pattern, one that represents your routine work behavior and accommodates better with time. As and how you proceed to record your project data, you gain increased mobility to switch between tasks as against the tedious manual data entry system.

Voice technology is compatible with MS Office. Its installation is straightforward and blends in with your company software without hiccups.

Besides helping create primary business documents, voice technology aids in handling complex project data sets by joining forces with AI’s deep learning processes. It helps you create complex forms and spreadsheets that are shareable and accessible from any platform with provisions to change, edit, and modify user settings. Over 66.6 million Americans use speech recognition technology for everyday tasks thereby suggesting that its need is more pronounced than ever. In construction, one may not always be able to reach another colleague and could be too caught up to type elaborate emails to explain a situation. Leaving voice mails eliminates that snag and is a rather authentic way to communicate urgent-important matters.

Given a jobsite’s incessant clamouring, speech recognition software has intelligent workarounds for ambient noises and varying human accents. Contractors often deal with multi-lingual teams spread across jobsites who report on different aspects of the construction process. The key to resolving everyday issues is an unhindered communicative device that delivers your message without misinterpretations. Due to this snag alone, project managers have reportedly seen projects derail and team morale diminish. An AI-powered voice technology promises clear and precise communication acting as a pillar to efficient project delivery.

Doubling up with IoT devices, voice recognition software has taken construction apps to the next level of connectivity.

Amazon’s Alexa for Business puts professionals on the fast track with managing schedules, project progress, and milestones. That’s a huge deal for construction managers arduously invested in the proactive handling of project documents from the contract to invoices. An IoT enabled voice system can optimize, say, payments for project stakeholders who’re waiting on payments—directly reminding contractors to schedule payments as they become due with a single phrase. Get more info on construction payments and how lien waivers protect stakeholder pay rights.

Such software arms construction managers to sync in on-ground teams with in-office teams through audio conferencing with relevant people depending on the severity and type of issue at hand. Microsoft’s Cortana can help managers draft and organize emails across Office 365, Outlook, and Gmail accounts. It averts communication breakdowns that occur when messages haven’t been responded to adequately and timely. Here’s a post that discusses the many upcoming features of voice applications in addition to the ones we’ve seen till now.

As sensor-fitted machines are tapped by human commands, construction managers can track their performance levels and maintenance schedules to avoid causing hurdles for workers operating them. Timely repairs and upkeep avert project delays and cost overruns.

This level of automation in construction equipment fastens problem-solving of the highest order with responsible parties receiving real-time insight much needed to streamline equipment management.

Sensors on equipment can convey distress signals instantly should adversity strike, not only that but also verify if distress alarms are positive and rooted in a provable cause. Directly impacting safety on jobsite, this upgrade has prevented thefts, fire breakouts, mechanical failure, and egregious defaults on the operator’s part. Managers can gander at actual time spent on particular equipment thereby revealing its treatment, fuel consumption, electricity consumption, and runtime. They can leverage uptime gained through such efficiency to reach project end goals.

Voice technology weeds out the remotest possibility of mundane tasks holding back resources from the more critical part of their jobs. More future improvements are lining up to invoke a mobile-first instinct in construction managers whose knowledge and expertise stand to be better utilized and recognized while producing real ROI for projects.

← Mozilla Firefox vs Google Chrome – Which Browser Will Be Your Next Favorite Choice?
The Most Popular Online Bingo Variants →