If you’re interested in gaming in any way, you’ll probably already have a strong opinion of your own about the title of this article. It’s obviously massively subjective, and the competition out there is fierce. Over the years, there have been many strong editions to the fighting game canon, and some franchises are up to double figures in releases. Whilst it’s certainly a worthy shot at best fighter of the year, three titles alone can prove that Injustice II is probably not the best fighter of all time: Tekken, Street Fighter, and Mortal Kombat. We’ll hear the evidence for all, then you can argue amongst yourselves for an answer. 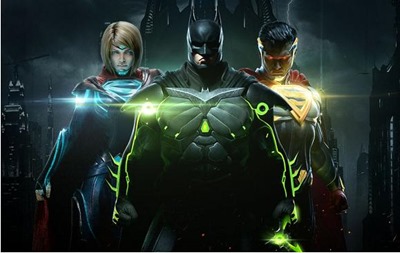 The new benchmark in fighters?

One of the latest editions to the fighting video game canon, Injustice II takes us into the world of DC Comics. Of course, there are appearances from all your favorite characters: Superman, Batman, Poison Ivy, Harley Quinn, and a shed load more to boot. As the game itself was designed by the creator of Mortal Kombat (Ed Boon), the fight dynamics are very similar to the legendary series’. It’s a classic 2D fighter, and if there’s one thing that Boon and co have become masters of, it’s designing outlandish special moves. If you’ve ever wanted to blast into space with Batman, and send him raining down over the globe in a human meteor shower, to transform into a giant Taurus and stampede foes to a (presumed) early grave, then Injustice II might be the game for you. It never gets truly brutal though. I mean, do Superman fans really want to see their hero floating skinless in a pool of acid? Perhaps not.

One nice touch that the creators decided to include was a couple of cameos from a legendary title we’ll be getting onto shortly. Mortal Kombat stalwarts Sub-Zero, and Scorpion are playable fighters in Injustice II. It’s always nice to see nostalgic characters in a different setting, who knows, one day we might see them plastered over slot machines as we have seen with many other cult and super heroes over the year. To try out some of these games you can browse around here to find the best.

Whilst the inclusion of the Outworld ninja duo is a pleasing nod to Boon’s other work, the most brutal of each fighters’ attacks have been somewhat censored. I guess ripping Super Girl’s head off with her spinal cord attached might be a bit much for the kids.

Injustice II is by no means a poor fighting game. It’s been designed by an industry legend, has a great back story, and the graphics across all systems are stunning. All this is hardly surprising when we consider that the powerhouse that is Warner Bros is producing the title. Before we get too ahead of ourselves, however, let’s look at some of the competition first.

Taking several cues from the world of classic cinematography, the Mortal Kombat realm is one of good versus evil, cosmic power struggles, and skull crushing brutality. Anyone with even the slightest interest in video games instantly recognizes characters, art-style, and sound bites from the series. The ominous “Finish Him”, and “Get over here!” have worked their way well into popular culture and this serves testament to the popularity of the once banned series. One thing video game ratings agencies never seem to comprehend is just how popular you’ll make a game by trying to ban it. What better way to gives the proverbial “up yours” to your parents than by arriving home from the store with the game that CNBC claims will transform the apple of their eye into a blood thirsty serial killer. Teenagers love controversy, and in the early 1990s Mortal Kombat was certainly synonymous with controversy.

It wasn’t just shock factor alone that caught the imagination of many, it was backed by a solid game too. The Outworld universe has always been stylistically appealing. It’s a dark, foreboding place. None of the pastel colors of the aircraft hangar on early Street Fighter games are present. Instead, a shadowy world of mutants, ninjas, and supernatural powers awaits. Put simply, it’s fantastic.

Over the years of the franchise, the initial roster of twelve iconic characters has expanded to over 35 mostly originals. Combatants like Raiden, Sub-Zero, and Scorpion have managed to remain poster boys for gaming for almost three decades now, and their appearance in the likes of Injustice II, and several other titles over the years have cemented their place as industry household names.

Whether you’re a fan of the revolutionary graphic style of the original games, or the merciless gore of the likes of Mortal Kombat X, it’s difficult to argue Injustice II’s case after considering the legendary Midway Games series.

In terms of fight dynamics, very few can come close to the Street Fighter games. From their very inception, they offered players a smoother fighter experiencing, and the potential for combos, breakers, and special moves only adds to the enjoyment. Of course, this style has evolved over the various editions of the game but thankfully the designers have remained true to their original artwork, and all the games have a very similar feel. Those who excelled at SF II, won’t struggle to transition to latest games in the series.

Then there are the characters. Each so lusciously designed that they’re identifiable from their silhouettes alone. There’s all the makings of a great line up too: a government experiment gone wrong, a Navy Seal, and a Russian megalomaniac, to name but a few.

Street Fighter games are a bench mark in the gaming industry, and represent one of the most success franchises ever – even if they did have that awful movie with Jean Claude Van Damme. If Mortal Kombat lacked in gameplay, or the art style was just too graphic, then a solid argument can easily be made for several of the games within the Street Fighter franchise to take the crown of best fighter ever made.

Compared with our other offerings, Tekken is something of a late bloomer. That’s not to say it hasn’t paid its dues though. Now on its seventh installment, like Injustice’s other major competition, Tekken has a cult-like following.

The fighting style is entirely different here again, with a full three-dimensional take on movement. This creates a game that is distinct from the competition it’s up against today. You’ll not find quite the same level of supernatural powers amongst the roster as in many other fighters either, several of the move sets featured are inspired by distinct real-world martial art styles. Particularly amusing is that of the drunken boxing master, Lei Wulong who periodically tops his buzz up whilst delivering a barrage Kung-Fu attacks inspired by the Jackie Chan classic movie, The Legend of Drunken Master. Tekken is all about throws, combinations, and slams rather than spitting acid, and “psycho crushers”.

Whilst the characters are arguably less iconic those of SF and MK, Tekken’s universe still includes some awesome combatants. Take Yoshimizu, King, or Eddie Gordo for example. Between those three you’ve a professional wrestler with the head of a jaguar, a break dancing mixed martial artist, and a space ninja. One more time in case you missed that – a freaking space ninja!

So, which is the best fighter ever?

Realistically, that’s going to depend on your own point of view, and ultimately your tastes. If you love DC Comics, and think Mortal Kombat was needlessly violent but loved its gameplay, Injustice II could well become your favorite ever fighting game. It’s a great game with loads of replay value, and as with many Warner Bros titles, a compelling storyline backs the action. The inclusion of RPG-like elements adds a nice twist for a fighter, and the team have gone to town on designing each character’s super moves. All told, it’s a great fighting game – the absolute best? Probably not.

It’s hard to dismiss the competition. You’ve got games that have spent almost three decades refining their craft, adding depth to their characters, and creating worlds that their fans will find very difficult to turn theirs back on. Ultimately, which is the best fighter ever doesn’t even matter. Which do you like playing most? As long as you’ve got someone to grab the other controller from time to time, does it even matter?