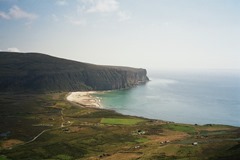 The internet is growing at an incredible rate. In December 2000, there were just 361 million users; yet by December 2005, this number had grown to over 1 billion. This doubled in just over five years to 2 billion in March 2011 and hit 3 billion three years later in June 2014. By December 2017, there were over 4 billion internet users, accounting for 54 percent of the world’s population.

We all live our lives online these days, with a significant increase in traffic due to things like online gaming, which is growing at 10 percent a year, cryptocurrencies, which are expected to hit $1 trillion in 2018 and even sites that combine gaming and cryptocurrency payment, such as CoinPoker. We shop online, we bank online and we watch movies online, in addition to the vast amount of web activity we create with social media like Facebook, Snapchat and Twitter.

As a result, the data centers that feed the Web now take up around 3 percent of the world’s total electricity, with 20 percent of that used to keep them cool. Understandably, tech giants are under increasing pressure from both governments and environmentalists to cut their power use, and Microsoft has found a novel way of doing so.

This week, they sunk their second underwater data center into the seas off the Orkney Islands. It follows a previous test, off the California coast in 2015, which lasted for five months. The Orkney data center will extend this test to 5 years, with 12 racks of servers operating underwater, linked to the shore by cables.

One of the big advantages of choosing Orkney is the wide availability of renewable energy. The islands are a massive center for renewable energy research and have produced more power than they need since 2012.

With underwater servers needing little or no cooling, and with the computers running on renewable energy, the carbon footprint of this kind of data center is significantly reduced. What’s more, with no human workers on board, there is no need for air-con or other power-hungry resources. In fact, all the oxygen and water vapor can be extracted from the system, cutting corrosion and prolonging the system lifespan, further reducing waste and preserving precious materials.

Several other advantages exist of sea-based data centers, too. With around half the world’s population living within 200 km of the coast, such servers could significantly reduce data lag. What’s more, said centers could be deployed quickly to respond to data-heavy events, such as an Olympics or World Cup, taking only two or three months to deploy compared to years for a conventional building.

The trial, called Project Natick, will be carefully monitored for five years. “It’s a crazy experiment that I hope will turn into reality,” explained Microsoft Project Manager Ben Cutler. If it is successful, Microsoft has plans for much larger submerged data centers in the future, with cylinders sunk in groups of five. So, who knows, it may not be long before we’re all watching David Attenborough’s “Blue Planet” via a server that is on the seabed.

Caption: The Orkney Islands – an unlikely location for a technology revolution.