Virtual reality is still in its infancy in technological terms. The equipment is so new that engineers and developers are still unsure how best it should be utilized. Typically, VR and AR have been most closely associated with gaming but as this article will show, there are many more sectors which can make use of virtual reality. From surgery to casinos to art museums, the possibilities are endless.

Some of the best current uses for virtual reality have come from the education sector with surgery, in particular, able to benefit from the technology. In 2017, the BBC investigated how virtual reality is being used to train the next generation of surgeons in the United Kingdom with some ingenious education programs. 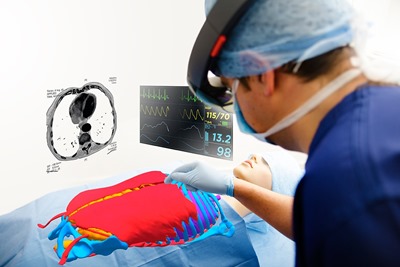 Students wearing headsets can see interactive representations of a variety of different operations to aid their training. The technology is taken one step further with the assistance of a small robotic arm which mirrors the weight and pressure of substances like human bone and tissue. The prototype was priced at $9,000 and it could prove to be a highly useful tool for medical professionals old and new.

“I believe that in 10 years, most trial lawyers will be using VR just like they’re using laptops today. VR will be the norm, not the exception.”

That’s according to plaintiffs’ attorney Mitch Jackson, a senior partner at Jackson & Wilson in California. It may not be the norm just yet but if many legal experts are to be believed, it soon could be. There are many different ways in which virtual reality could be utilized in a legal setting from the presentation of evidence to a virtual tour of a crime scene.

Technology could recreate traffic collisions to review who is at fault or even reverse engineer crime scenes to help juries relive events. The possibilities are endless.

Virtual reality has the ability to take you to another world which is how casinos can often feel. The sights and sounds of a casino are difficult to reproduce in the real world but there is a definite opportunity in VR. There has been a sizeable shift to virtual reality casinos and casino games amongst companies in recent years but how far can things go?

Bookmakers Betway Casino has investigated the idea of virtual reality casinos. It concluded that the possibilities for VR casinos are endless but only once certain problems like time delay can get resolved. The technology will surely catch up with demand before long so don’t be surprised if in ten years’ time you get handed a Rift or Vive headset next time you walk through the doors at Caesars Palace.

For years, Google Maps and Google Earth have provided users with the ability to travel to any part of the world they like. Most people end up just looking at their own houses but that may change thanks to virtual reality. Google Earth VR was released in 2017 and allows wearers of an Oculus Rift or HTC Vive headset to see the world as they never have before with freely moving cameras able to give users a unique aerial perspective of the earth. 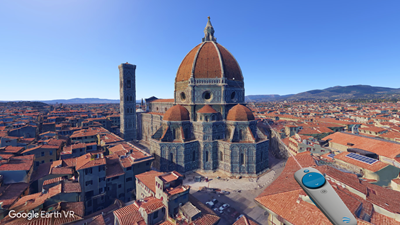 Museum and gallery owners are always thinking of ways to make the experience more interactive for their visitors and virtual reality could do that in ways which guided audio tours never could. In 2017, Sotheby’s auction house teamed up with special effects company, Fgreat to bring art to life. The company turned a painting by surrealist Salvador Dali into a virtual world which visitors could enter and admire from any possible angle.

Every piece of new technology eventually gets used in this context but make no mistake, virtual reality dating is real. The phenomenon was the subject of a video series on Facebook in 2017, where two people went on a blind date with a twist. Each person gets scanned and becomes a virtual avatar where they can go on the first date of their dreams.

It’s all in the hope that small talk would be less awkward if it took place on the moon. In the show, each person then decides whether they want a second date in the real world. Male interest magazine, Men’s Health has praised the idea while other publications like The New York Post have been slightly less complimentary.

“If this is what the future of romance looks like, there is a real reason to worry about the continuity of the human race,” they wrote. Perhaps it isn’t for everyone.

Virtual Reality has been used in film direction for several years now and was a vital tool for director Gareth Edwards during the production of Rogue One: A Star Wars Story. Working in conjunction with Industrial Light & Magic, Edwards was able to pick out specific camera shots and movements at a far earlier stage of the animation cycle than he would otherwise. The special effects team could then just create the shots which were necessary, adding to a more creative and streamlined process.