Roulette is a game that is centuries old, and has remained one of the easiest and most popular casino games there is. Whether you’re playing in a land-based casino, or online somewhere like: https://games.paddypower.com/c/roulette, the rules are the same and couldn’t be more straightforward. The game features the iconic wheel (which does differ dependent on whether you’re playing American or European roulette) and a table, which features the relevant colors, numbers and additional slots for players to place bets on. Once the players have placed their bets and the dealer spins the wheel, wherever the ball lands once the wheel has stopped, is the winner. 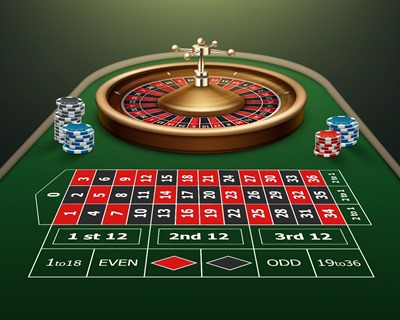 If you’re a beginner, you won’t know that there are numerous kinds of bets you can place, some simple and some harder. Here, we will run through them all, so at least you have some knowledge the next time you hit the table.

Whether you’re playing American or European roulette, there are two kinds of bet: inside and outside. If you’re playing the latter, which is derived from French roulette, you also have a third kind of bet: announced.

Inside bets are named as such, because they are bets on the numbers themselves, which are positioned on the inside section of a roulette table. There are seven common types of inside bet:

· Straight – betting on a single number; place your chip on that square

· Split – betting on adjacent numbers; place your chip on the line that the two numbers share

· Street – betting on three consecutive numbers on the same line; place your chip on the outer corner of the row

· Six Line – betting on two adjacent lines; place your chip on the shared outside corner of the two lines

· Corner – also known as a ‘square’ bet, betting on a series of four numbers; place your chip on the shared corner of all four numbers

· Trio – betting on three numbers, with one of them being 0; place your chip on the shared line of the 0 and your two chosen numbers (from 1, 2 and 3)

If inside bets are the numbers on the inside section of the table, then outside bets represent everything else. That is, all the other sections on the table. There are five common types of outside bet and they too, are all incredibly simple to understand:

· Odd or even – betting on whether the winning number will be an odd number, or even

· Columns – betting on whether the number will be found on the first, second or third column of the table

In all of these cases, there are specific slots to place your chips, so it’s pretty self-explanatory.

Announced bets derive from the French version of roulette, but are also applicable to European roulette, particularly in the online environment. They are a little more complicated to learn and understand and have French names:

Once you’ve mastered the rules and types of bet, you’re almost there. Now all you need to do is look into roulette strategies and you’re good to go.