There are many good Poker players out there, but only a few ever reach the very top of the game. If you ever play for real money Poker Games, you’ll know that there is a different mentality to those where your money isn’t on the line.

This is where the best players separate themselves from the rest. They are able to keep a cool head when they’re in either a good or bad Poker situation. They can read the game and their opponents and this helps them make their next move. 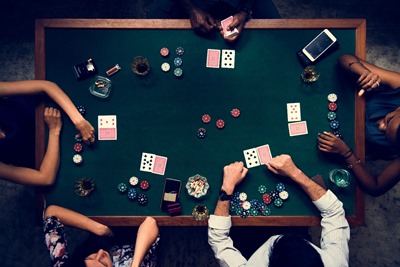 Here we take a look at three of the best Poker players the circuit has ever seen.

Love or loathe ‘The Poker Brat’, it’s hard to deny that he is one of the best players to have graced Poker. With tournament winnings totaling close to $23 million and with 15 World Series of Poker bracelets, he has cemented his place in Poker folklore for many years to come.

On top of his winnings, he is also the only person to have won a WSOP Main Event in Europe and in Las Vegas. The latter he won in 1989, while the former, which helped him to complete the feat, he won in 2012.

He is a regular in televised Poker games and you can easily find some of his biggest blow-ups if you have a quick search on YouTube. He’s a man who divides opinion, but he doesn’t care as he’s proven he is a successful Poker player, and that’s all that matters.

Phil Ivey would regularly play Poker games while developing as a player in Atlantic City. Known as the Tiger Woods of Poker, Ivey has had considerable success in the game. He is a serious player and is known for keeping notes on players, hands, and how they react in situations in order to stay on top of the game.

His first WSOP bracelet came at the age of 23, where he also won $195,000 back in 2000. One of his greatest achievements came in the year 2002, where Ivey won three WSOP bracelets, which helped him build a reputation as one of the most dominant young players on the circuit.

It’s no surprise that Ivey is well respected among his fellow Poker players, given that he has amassed 10 WSOP bracelets as well as over $26 million in live tournament winnings.

There is no list of the greatest Poker players without Kid Poker, Daniel Negreanu, on it. A regular on the World Series of Poker and the World Poker Tour, Negreanu has won close to $40 million from live tournaments.

Although he may have won fewer WSOP bracelets than both Ivey and Hellmuth, there’s no denying that he is a phenomenal player. Five WSOP bracelets as well as two WPT titles has helped him cement his legacy in the game. He is a real fan favorite among the viewers, which comes down to his personality at the table. He is able to produce laughs and has an incredible ability to read the hand of his opponents.

He’s one of the most prominent voices in the game and will forever be considered one of the greatest to pull up a chair at the Poker table.