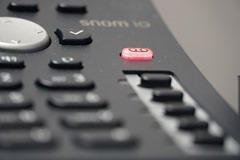 Traditionally, the easiest and most accessible way for customers to contact business is through phone calls. Since large companies would often expect a lot of customers and queries every single day, businesses take advantage of automation systems to handle several requests every day.

However, the Internet has become faster and more accessible to everyone in the present, partially rendering the traditional methods obsolete. Broadband connections proved to be a lot more reliable in terms of speed and integrity of data. Through this article, you’ll get the full VoIP definition and understanding of how it helps your businesses.

The FCC (Federal Communications Commission) defines VoIP as a technology that allows voice calls to be relayed through the Internet rather than an analogue phone line.

Because computers offer a lot of ways to automate processes, businesses started to transition to VoIP (Voice Over IP) technology, which makes it possible for voice calls to be made over the Internet.

Experts point out a number of benefits that businesses get by using VoIP:

Since companies would often use the Internet on their daily operations, VoIP provides an opportunity for businesses to significantly cut down costs since the Internet can be used as well to handle customer requests instead of paying for expensive PBX (Private Branch Exchange) systems.

According to a study by Telzio, a switch to VoIP can cut down monthly costs on telecommunications by 50%. Companies can even save more since there are no equipment costs, and they will only spend less on international calls.
Unlike traditional telephony, VoIP does not require any expensive hardware other than a computer. Software updates can also be done quickly and securely in just a few clicks.

Hardware Compatibility
Smartphones support VoIP as well, making them a convenient way to use VoIP services on the go. You can use VoIP on Android phones as they all have built-in SIP (Session Initiation Protocol) clients.

If you do not want to give up on your old devices like an analogue telephone, you can still use an Analogue Telephone Adaptor (ATA). This will allow your old telephone to communicate through a VoIP network.

Call services with VoIP can be made almost anywhere in the world, making employees a lot more productive since they can work wherever they want. If you do not want to bring a computer with you, you can still take your smartphone and calls will be routed to your phone.

VoIP also does not require businesses and individuals to spend on an office space, which means there is no need to spend on infrastructure, and employees can be hired without additional costs.

A lot of services on the Internet nowadays rely on the cloud. More often, cloud-based services will only charge based on usage, making it very easy to scale the service on demand. You only pay for how much time or resource you used instead of paying a fixed price.

VoIP’s ability to provide call forwarding can make sure that even in the middle of Internet disconnection or a power outage, calls will still be forwarded to your other active devices.

Just as long as you have a high-speed Internet connection, VoIP makes sure you will still get the call. This is because VoIP does not associate your identity based on a phone number, but rather on your account.
You can also use VoIP’s call forwarding capabilities to route the calls to other employees or your office, which is useful in case you failed to respond to a certain call.

Because there is no need for other hardware, VoIP is very quick and easy to set up in a personal workstation that even small and medium scale businesses can benefit from the technology and start using it at a very low price.

Another thing that makes VoIP very useful is the power of computers to automate almost anything. This means the things that you can do with expensive phone systems and equipment can simply be done on a computer.

VoIP can be integrated with systems that you use in your business. This means if your company uses a CRM (Customer Relationship Management) system, you can have it work with VoIP. In short, you can combine VoIP with productivity tools to automate your workflow.

By moving to VoIP, it will be much easier for your business to expand its operations in other regions or countries. Fewer infrastructure costs, fewer equipment costs, and the scalability that VoIP provides makes it very easy to get yourself up and running soon enough no matter where you are.