You’ve heard a lot about the value of a VPN. You may be wondering though: if you have a Mac, does it apply to you? Macs are less at risk than Windows machines, and Apple isn’t as intrusive as Microsoft. If you subscribe to a VPN service, will your MacOS machine benefit from it? 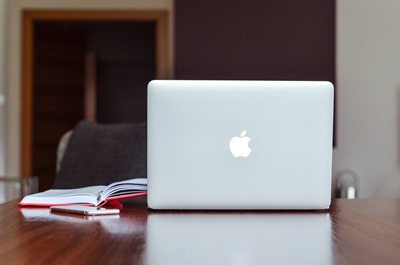 The answer is yes. By some measures, Mac users face higher risks than Windows users. When it comes to anonymity, they lack safety in numbers. There might be only one Mac in use on a particular block, making it easier for someone with IP address such as 192.168.1.1 login data to narrow a connection down to one person. When you protect your Mac with a VPN, you can use the Internet with more confidence and flexibility. For a list of the best VPNs for Mac, please see https://www.vpnthrive.com/best-vpn-for-mac/

Benefits of using a VPN

Most of the advantages of using a VPN don’t depend on your operating system or computer model.

Privacy is important for everyone, not just for people with big secrets. The concern with an online crime has become an important issue. Criminals design “spearphishing” emails based on the information they gather on you. The more information they can collect, the better their chances of personalizing a message that will catch you off guard. A VPN, together with common-sense practices about information sharing, helps you keep a low profile on the Internet.

When you connect to a website or Internet service, its operators can see your IP address. If it stays the same for a long time, they can track you even if you avoid cookies and client-side storage. A VPN hides the IP address of your machine and presents its own as the client address. It will change frequently. That makes it harder for the service to identify you as the same person over time. If they try to prove your address later, they won’t find your machine.

The Zoom conferencing service has become super-popular during the pandemic. In 2019, when it was less widely used, it played a devious trick on Mac users. Its app installed a hidden server on its macOS computers. The server let it — or anyone else — open up a Zoom conference without the user’s consent. It remained in place even if the user removed the application.

It’s software in the gray area, not quite malware but sneaky. Apple issued an auto-update that forcibly disabled the server, and Zoom no longer does this, but their applications could attempt something similar. A VPN hides your IP address, making it difficult to exploit the backdoor. They can’t catch you if they can’t find you.

VPN clients for the Mac

Not every VPN client that runs on Windows has a Mac version, but the available selection is enormous. In some cases, you don’t need to install any software.

There’s built-in support for many types of VPN. You can create a new connection by selecting the “VPN” type under the Network tab of the System Preferences. However, if there’s a client app available for the service you use, you should download it. It gives you better access to all the options and makes it easier to switch servers and reconnect. Surfshark has a client app, which is available through the App Store.

Some special concerns for Macs

A VPN won’t help as much as you might like on the App Store and other Apple services. Apple goes not by your IP address, but by the region, you specify when registering your Apple ID. You can change your region, but it’s a difficult process, not one you’d want to do more than one or two times a year.

However, this applies only to services that directly use your Apple ID. Applications that use geographic restrictions generally base them on your IP address.

Some Apple services use a combination of your registered region and your physical location. To get Apple News+, you have to be registered in the United States, Australia, Canada, or the United Kingdom. However, the latest version delivers localized news for some regions. What the localization gives you might not be what you want.  A VPN lets you seem to connect from a different area, giving you the local news you prefer.

Using a VPN with a Mac is as strong as for using it with a Windows or Linux machine, and in some ways stronger. Choose the one you can trust, one that works well for you, and you won’t regret it.

← Why Should You Use Academic Writing Services to Complete Tech Essays?
Role of Technology in Sale of Medicine →