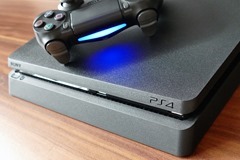 The video gaming industry has been thriving, thanks to the exhilarating games, fascinating aesthetics, exciting plot and the comprehensive sense of gameplay of certain players.

The communicative features of certain games that connect people from around the globe have not only turned the space into a celebration but has turned it into a place where one can share tips and tricks regarding the games.

One of the most significant discussions on these gaming platforms is suggested to be about the rivalry between the players testifying against which console is better at functioning, operability and availability.

While they would like to discuss their scores, elements of gaming experience, what they would never go ahead with discussing is the cleanliness of their gaming console.

This article provides a statistical read on how dirty a gaming console can get by providing you with a comparative analysis of a few subjects.

Which Is Dirtier? The Kitchen Countertop or Your Gaming Console…

To showcase the number of bacteria that grows on a gaming console, Online Casino Betway commissioned an experiment.

They used sets of randomly selected consoles, computers, as well as samples collected from kitchen countertops and toilet seats to highlight the significance of cleanliness when it comes to gaming consoles.

The console that has managed to stay at the top of the list of best consoles out there is also the one that hordes the most bacteria. The sample collected from the PlayStation had 72.5 colony-forming bacteria units for each swab.

Believe it or not, but the count is 2.4 times greater than what you would find on a toilet seat. However, that is not the worst count at all, as the heavily affected area of the PlayStation are the buttons and joysticks.

Considered to be one of the cleanest samples taken from the set of variables, the Xbox recorder has a median of 62.5 colony-forming units for each swab, which you would find on the toilet seat.

Though this number is the lowest among all the platforms tested at only 15, the controller recorded the highest median at 82.5 colony-forming units.

Apart from that, the Xbox showcased 5,614 colony-forming units of bacteria on the button of the controller. Though it wasn’t a unique occurrence, it was surely alarming.

Among all of the samples, the cleanest one was the Nintendo switch with a median of only 55 colony-forming units for each swab.

Though the reading is 25 more than what one would find on a toilet seat, it was comparatively less than the other two.

Though the controllers recorded the same numbers, the buttons of the Joy-Cons were slightly higher, ranging at 62.5.

The Significance of Cleaning the Gaming Consoles:

This comparative study of the variables which compared the cleanliness of different items, like the kitchen countertop, the toilet seats and a set of gaming consoles reveals that even the cleanest console among the sets of variables had bacterial build-up.

It was only the trigger of the Xbox controller that has the lowest number of colony-forming units than any samples, from keyboards to controllers, from buttons of the controller to handler, from mice and toilet seat.

Though most of the bacteria growing on the console were harmless, some could have harmful effects if inhaled in sufficient quantities continuously.

Even though it is among the users that claim that it is good to let mold and yeast on the consoles, you have to set a schedule to clean the requirements at least once as a part of the routine.

How Do You Disinfect Your Console?

To prevent your console from getting all layered up with infected residues, you have to routinely clean it up. Follow the steps written below.

-The first requires you to unplug the console so that you can prevent any accidental damage from occurring.

-Take a certain amount of bleach-free and plastic-friendly cleaning solution and soak the cloth with the solution.

-Now carefully wipe the controllers, keyboard, mouse (if it is a PC you were using).

-To clean the console, you have to take the dry cloth. We recommend microfiber cloth to get rid of dust or fingerprints. Also, you have to keep in mind to not use any distilled solution on the actual device as the moisture from the cloth may cause damage.

-Wipe the surface underneath the console to discard the excessively built dust and allergens.

While cleaning the controller, you have to remember to not use too excessive a cleaning solution as a little drip could damage the system.

A damp cloth would be sufficient for the completion of the action. However, for the keyboards, you can utilize the customized solution like, deep-reaching gel or spray that will reach between the keys.

The goal here is to help the solution spread to the “hard-to-reach” spots, so with the specialized treatment, you will get the desired result.