I’ll start off with the specs of my system for you.

The operating systems are:

We’ll start the testing off with 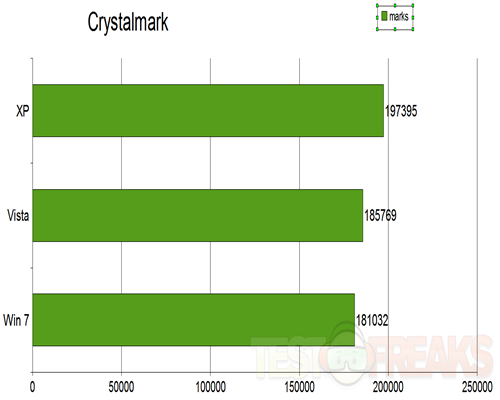 As we can see, XP scores better overall, but why?

here’s the individual testing results with all the scores: 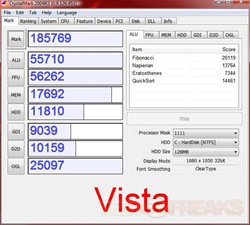 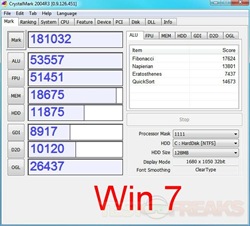 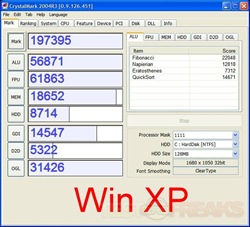 In the OpenGL and CPU Intensive testing we see that Windows XP handles them much better than the other two operating systems. We know that early on there was a problem with OpenGL in Vista, and supposedly it was fixed, but obviously it appears there’s still some problems with both Vista and 7 in regards to OpenGl support.

The next test would be 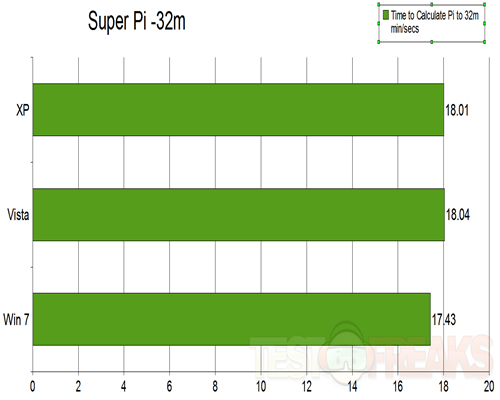 Surprisingly Windows 7 has the best time to complete the calculations, coming in a good 15 seconds faster than Xp and almost 20 faster than Vista.

The next test is a Video Conversion test, I’ve taken a .AVI video file and converted it to .WMV format. I used the same file I got from my WinX DVD Ripper Review a little while ago, the movie is The Hunger. For the test I used 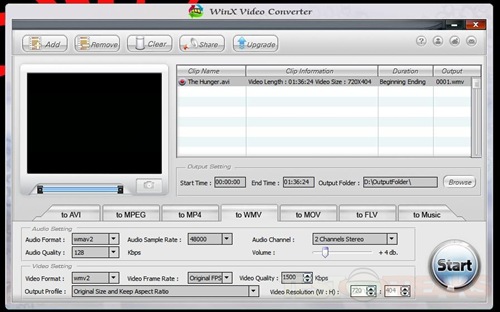 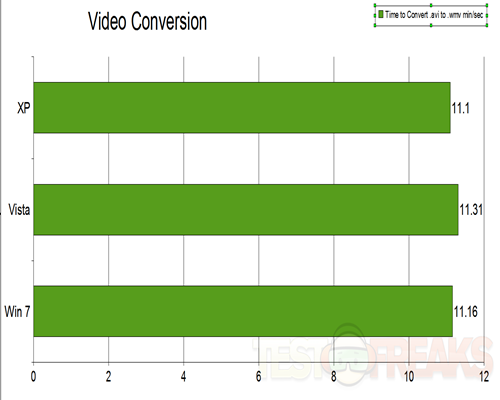 We all know what this one is, so no explanation needed I think. 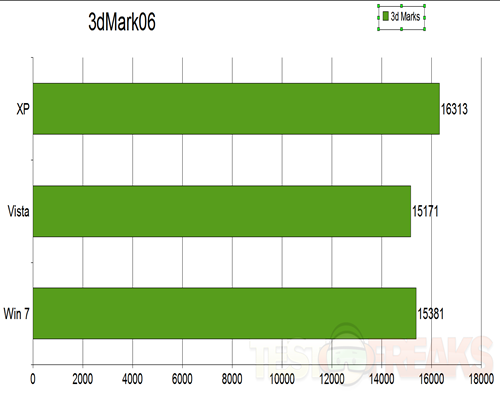 Windows Xp has a nice lead over both of the other operating systems, not even close really. As we can see Vista would be the worst performance, with 7 coming in a close second.

So far three out of these four tests have gone to Windows Xp.

The next test I’ve got is 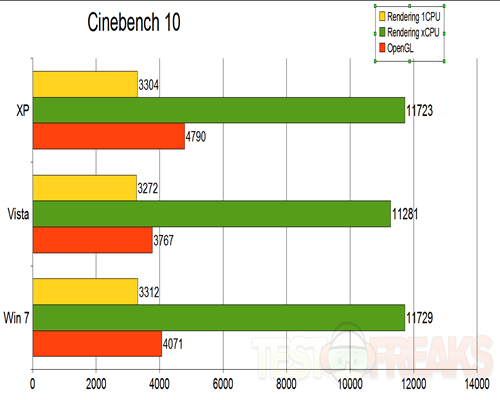 Again we see Windows XP leading in the OpenGl testing, no surprise there, but it then falls behind Windows7, but not by much, in the other two tests. Vista just isn’t too good all around…

To finish off I’ve got several tests from 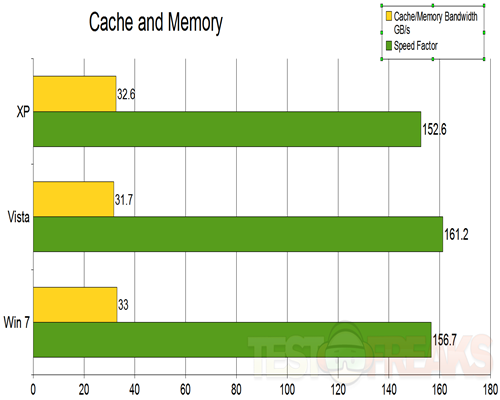 The results are a mixed bag with no real winner here in this test. Windows XP though appears to be the better performer but the results are very close for all of them.

Next up I’ve got CPU Arithmetic:

Benchmarks the ALU and FPU processor units. Shows how your processors handle arithmetic and floating point instructions in comparison to other typical processors. 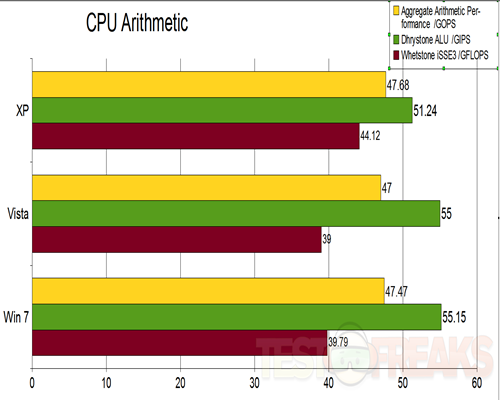 If anything we can see that Vista lags behind in two of tests, it would appear that XP performs a bit better really with more rounded performance results.

Many of us use our computers for multi-media so I think it’s very important to know how these operating system will perform, so the next test is CPU Multi-Media:

Benchmark the (W)MMX(2), SSE(2/3/4), AVX processor units. Shows how your processors handle multi-media instructions and data in comparison to other typical processors. 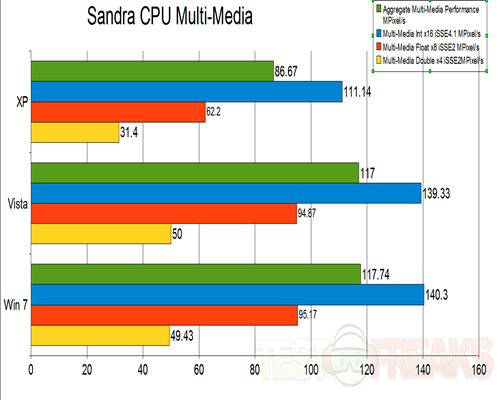 Clearly for any Multi-Media you want Windows 7, Windows XP lags very far behind in all of the tests, but Vista come in a very close second place.

For the next test I’ve got a GPU centric one called Graphics (GPGPU) Bandwidth. 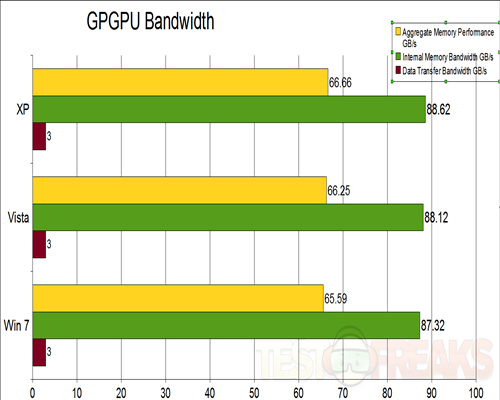 Very similar performance across all operating systems, so close that you’d never ‘feel’ the differences in the real world. So it’s safe to say that they’re all pretty much the same in terms of this test.

The next test would be memory bandwidth.

Benchmark the memory bandwidth of your computer. 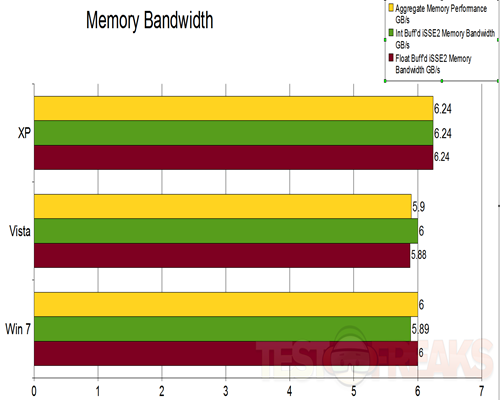 And again we see that Windows Xp is the clear and balanced choice , but still the results are very close overall.

Next up we’ve got Memory Latency and you’d think with the same exact ram in there that this test might be close.

The latency of caches is measured in processor clocks (i.e. how many clocks it takes for the data to be ready) as it is dependent on the processor clock speed.

The latency of memory is measured in nanoseconds as it is typically independent on processor clock speed. 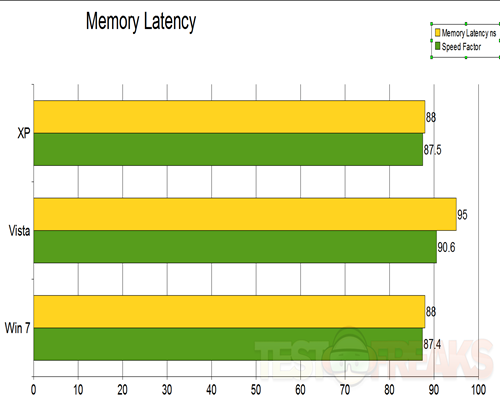 We see that 7 and XP are almost equal, there’s really no difference between them, at least that you’d ever notice. Vista on the other hand doesn’t do too well here does it?

With dual and quad core processors being so popular, this test is also a fairly important one I think.

Benchmark the multi-core efficiency of the processors.

The ability of the cores to process data blocks and pass them to another core for processing (producer-consumer paradigm) of different sizes and different chain sizes is measured. The efficiency of the inter-connect between cores is thus benchmarked; however, the number of cores (and processors) also counts as more data buffers can be processed simultaneously (aka “in flight”).

-higher is better for bandwidth

-lower is better for latency 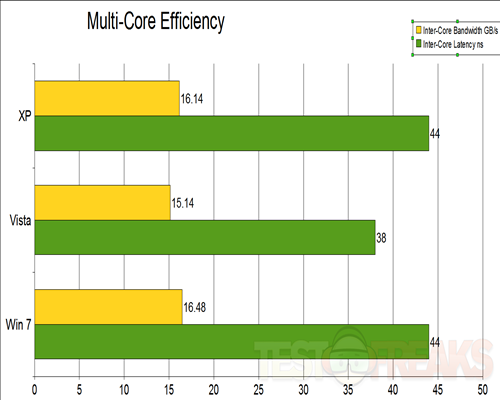 Windows 7 takes it here, but not by much. Oddly we see Vista with a much lower latency than the other two operating systems. Then again we are talking nanoseconds, so really there’s not much of a difference is there?

So with these results, what do you get from all of this?

To me, it looks as though Windows Xp is still the best choice for an operating system. Sure the others look nicer, but in terms of performance I think Xp is the one to go with on average. Yes Vista and 7 have DirectX 10, but how much of a difference does that really make? Vista and 7 have Aero, but again that just makes things look nice, they’re nice tweaks and little improvements to usability but in terms of performance it doesn’t do much except maybe hinder it.

Maybe I could turn Aero off and see what kind of results I get then? I’ve always wondered what kind of impact it has on the system.