We are currently living in strange and unprecedented times. None of us know what day of the week it is, or what normality is anymore. We’re dreaming of the future, travelling again and all the things we took for granted before. Some of these dreams feel like fantasy lands at the minute, and if your imagination has run wild, then you need to check out these slot casino games. 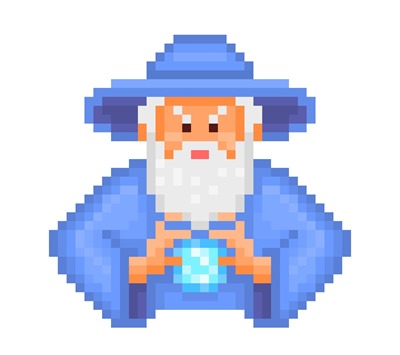 We begin our fantasy adventure with Blue Wizard, a five-reel, 30 pay-line slot game with four jackpots just waiting to be won: Mini, Minor, Major and Grand. Be prepared to be marveled with plenty of free spins up for grabs and keep your eyes on the central reel, it’s vital to the game.

Alongside your standard high-card symbols, the highest-paying symbols are the owl and pink jeweled ring. Land five owls on the same pay-line and you’ll land a 60x multiplier. The wizard is the game’s wild and like most Slots games, he substitutes symbols for even more winning combinations. He will appear on reels 2-5 and can appear stacked, for bigger wins and to secure greater multipliers.

You’ll be looking for the key to unlock the Fire Blaze Re-spin bonus game, which is where you get a crack at one of the jackpots. Do this by landing six or more crystal ball scatter symbols during the free games feature. The crystal balls can also land you instant win prizes, as well as jackpot star icons – but land 15 crystal balls in a single spin and win the Grand jackpot!

You’ll need to believe in magic if you want to get lucky.

Go deep underwater where jelly fish, eels and rays roam – and see if mega money can light up your life. Luminous Life is a five-reel slot with 241 pay-lines, and there’s the chance to win up to 250x your stake. Whether you want to test the waters from as little as £0.20 or dive as deep as £300, you’ll be rewarded whatever you wager.

The game is set under the sea, with luminous sea creatures in all shapes and colors – but it’s not just instant wins you’ll be looking to land. Secure three or more ‘free game’ symbols on the reels and be awarded with five free spins to further your winnings. Plus land a winner, and receive another additional free spin – the more you win, the more free spins you’ll receive. If you’re shipwrecked at the bottom of the ocean, landing the free spin feature may well turn your tide.

So, switch on the lights and see if you’ve got what it takes to bring the seascape to life.

We end our fantasy adventure with a horror – and Vampire Princess of Darkness is freakishly fun, especially if you’re new to Slots. This five-reel, five pay-line slot begins play from as little as £0.05 to ease you in gently. But alongside the spooky symbols and blood-curdling bonuses, you could win a massive jackpot of 7,500x your stake (pun intended).

The game’s eerie soundtrack will leave you on the edge of your seat, as you spin the reels in the hopes of securing the Graveyard Bonus. As well as the high-card symbols, you’ll see cloves of garlic, blood-stained goblets and hanging bats. But don’t worry, the vampire is on your side, and acts as the game’s wild – substituting all symbols for any other, except the gravestone bonus. The haunted castle is the game’s most lucrative symbol and landing five of those on the reels will see you win that mega jackpot.

To trigger the Graveyard Bonus, simply land three of the bonus symbols on the reels and be transported to the spooky five-part bonus game. Select a tombstone from the graveyard and see if you’ve won an instant cash prize or the ‘collect’ symbol. Each cash prize will be accredited to your winnings and as soon as you land a ‘collect’, you bank that money and return to the main game.

It’s ghoulishly great, but play at your peril…

← 7 Critical Ways to Prepare Yourself for a Disaster
Which are the Benefits of Online Casino? →