Good evening folks! I’m back with the list of the new products we’ve added to our main site. So let’s just jump right in…

We’ll start with a set of headphones from JVC:

The JVC Xtreme Xplosives HA-FX1X is a headphone that is part of the company’s XX series which combines a new design with JVC’s traditional build and style that is ideal for music enthusiasts. The headphone features an inner-ear headphone, on-ear model and an around-the-ear headphone. It also features a bass port for optimized bass reproduction, a rubber protector for impact protection and a gold-plated 3.5mm stereo plug.

How about a couple cell phones from Samsung:

The Samsung Galaxy MINI runs Android 2.1Platform that provides users with access to Android Market™ for 65,000 apps ranging from popular games to travel guides to financial tools. The WiFi-enabled phone also gives users Gmail, YouTube, Google Maps, Google Search and other Google Mobile apps, a TouchWiz UI screen with anti-reflective, anti-smudge and anti-scratch properties, Samsung Media Hub for access to entertainment, allows users to purchase or rent select movies the same day they are released on DVD and purchase prime-time TV shows the day after they are aired. Other features on the Samsung Galaxy MINI include a 5.0MP camera and camcorder with auto-focus and Swype® Text Input Technology.

Then we have a couple digital cameras, one from Samsung and one from Canon:

Shoot Your Way with this Easy, Affordable New Camera.Sleekly redesigned in classic Black or Silver, the new PowerShot A1200 digital camera is all about capturing your memories your way. An Optical Viewfinder gives you an easy, familiar alternative to composing shots with an LCD screen. Smart AUTO takes care of all the details while you focus on getting the shot you want, by intelligently selecting the proper settings for the camera based on 32 predefined shooting situations. And now you can preserve your memories exactly the way you see them in incredibly true-to-life 720p HD. With 12.0 Megapixels, you’ll be able to blow up your shots without losing a single detail, and the 4x Wide-Angle (28mm) Optical Zoom gets you close to the action quickly. The camera uses AA batteries, so you’ll have power anytime, anywhere. New Discreet Mode lets you shoot where you never could before, by disabling sound, flash and AF beam. Looking to put a little artistry in your photography? New Creative Filters mode makes it easy with appealing options like Fisheye Effect, Miniature Effect, Monochrome and more. 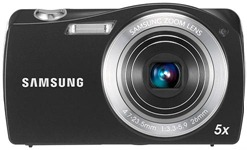 Then a monitor and a TV: 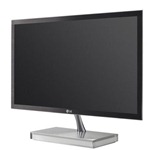 The Sony BRAVIA XBR-55HX929 is a 55-inch television that was announced at the CES 2011 event in Las Vegas. Releasing in April, this Sony BRAVIA television is 3D capable. It provides full HD (1080p) picture quality. This model is equipped with Sony’s Intelligent Peak LED backlight that helps to achieve an outstanding contrast. It comes with Sony’s MotionFlow XR 960. This Sony Bravia TV comes ready with Sony’s improved Monolithic Design Concept. It features Wi-Fi (802.11n). It provides consumers with access to thousands of Internet movies, videos and music from BRAVIA Internet Video and Qriocity. It comes with several connectivity features and ports. It features BRAVIA Internet Video and Qriocity. There are two-way IR inputs found on the rear of the TV and a two-way RS232C control.

Next we have what’s listed as an internal hard drive but it’s an SSD:

The Apacer 32GB Pro II AS202 is a solid state drive that supports a SATAII 3Gb/s interface and is designed with an MLC NAND flash type. Available in a capacity of 32GB, this drive has a Sustained Read Performance (MB/sec) of up to 210 and Sustained Write Performance (MB/sec) of up to 60. The Apacer Pro II AS202 also supports up to 14/28bit correction per 512 bytes ECC correction. It has a Standard Operating Temperature range of 0?~+70?, shock resistance of up to 1500G and can withstand 15G vibration. It has a power consumption of 0.6W on idle mode and 2.5W on active mode. With a mean time before failure value of 1,000,000 hours, the Apacer Pro II AS202 is designed in a 100×69.8×9.3 mm form factor and is covered by a 2-year warranty.

Then an MP3 Player: 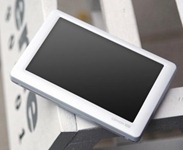 The Cowon 3D is a personal media player that supports a non-glass 3D display, 1080p full high definition video player, wireless LAN connectivity, dual Internet browser, and sports a 4.8 inch LCD with 800 x 480 resolutoin. The PMP is powered by JetEffects 3.0 and BBE and provides users with the means to view videos and pictures on the go, while listening to their favorite tunes on its music player. The Cowon 3D also allows users to view documents on its document reader, supports Flash content and has a voice recorder.

And finally a projector:

The HW300T is LG’s first portable projector compatible with all DLNA-certified devices, allowing suers to wirelessly transfer stored digital content from devices such as personal computers and watch it through their projector. It also features a built-in ATSC tuner that lets users watch Free HD Broadcast signals without the need for a separate external content source, a broadband function which provides users with access to internet services, such as Accuweather, Twitter and Facebook; ability to access and play DivX format HD content via its USB connection, and present presentations, spreadsheet and image files without a PC via its USB connection.

Stop over the main site and see the rest of the products:  www.technogog.com