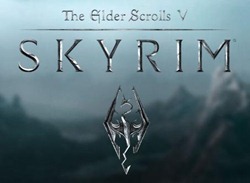 So the long awaited patch 1.4 for Skyrim on the PlayStation 3 has come. Yes I installed it and really didn’t get the chance to play it until late last night. I followed the tips, you need to install the patch, then launch the game, create a manual save and then restart your PS3. Did that done. Started playing and ten minutes into it the game froze while I was ‘waiting’ for one hour. I like to use the wait to save my game, especially before entering a dungeon, or just to renew my health and magic. The game froze and I waited thinking it might fix itself, but no, after 15 minutes I had to manually turn off the PS3 as it was totally unresponsive.

The biggest issue for us PS3 users was the lag of course, I’m still not too happy that I bought the game on launch day and really couldn’t play it because the lag was so bad. We should not have had to wait months to actually play and enjoy a game that we paid full price for when it came out. It’s ridiculous that game companies use their paying customers as beta testers. Seriously, how could they not have know about the lag issue on the PS3? It is/was horrible and there’s no way they could have missed it during testing. The lag was so bad for me it was like going frame by frame, extremely slow and just a horrible experience.

As far as this patch fixing the lag, it seems to be fixed. I played for about four hours last night and didn’t encounter the lag I had before. I ran into some stuttering here and there, but nothing horrible like the lag was. So I guess only time will tell. I’m going to play again tonight for a few hours again to see how things are working.

I also noticed something that wasn’t there before, some artifacting was appearing. That never happened before. I went to Whiterun and I noticed the tops of two buildings were jumping around, they were pixelated and moving around in place. That was odd.

After this whole Skyrim debacle I’ve have decided whole-heartedly and honestly that I will NEVER but another game on launch day again. I don’t care what the game is either, it will never happen again. I will wait at least two months and check up and see and read about the game I want to make sure it’s patched and it works as it’s supposed to before I go and spend my money on it. Hopefully by then I can get it cheaper, and maybe even get a used version at an even lower price.

Skyrim is the kind of game I like, one where you can get lost for hours in, but this experience has be just one that I don’t ever want to ever repeat.

I’m done with spending good money to be an unpaid game tester. I or we should be getting paid to test the games, we should not be paying to test games.