Hmm.. Quad core CPU and a seven inch IPS screen.. sounds good to me already but I’m not sure about hardware control right on the tablet,  I think I’d have to get one to judge it I think really. So Archos has just announced the GamePad 2 which is what I would call a hybrid tablet that’s specifically made for gaming, yes it’s a tablet but it has the hardware controls on the right and left sides making it more game like. The tablet comes with a 1.6ghz quad core CPU and 2gb of ram with a 1280×800 resolution seven inch screen which is IPS so you know it will look good. 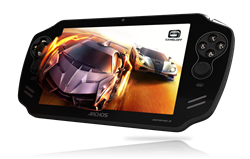 Powered by an A9 generation quad-core processor running at 1.6GHz coupled with a fast Quad-Core graphics processor and 2GB of system RAM, the ARCHOS GamePad 2 has more than enough power to play the latest 3D games smoothly.

Thanks to super energy-efficient 28 nanometer processor technology and a much larger battery than normally used on a 7 inch tablet, the ARCHOS GamePad 2 has vastly improved battery life whether in gaming or simply when browsing the web.

Combined with the updated version of the critically praised Game Mapping Tool, first featured on the GamePad 1, that lets users map any touch-screen button game to work with the physical controls, the ARCHOS GamePad 2 offers an improved android gaming experience for hundreds of thousands of free and paid games. 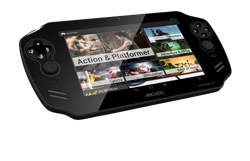 With downloads, purchases, ratings, comments and game updates all taking place through the Google Play Store, users can get the best from the huge games catalogue available for the ARCHOS GamePad 2.

The ARCHOS GamePad 2 is available in two storage sizes – 8GB and 16GB. Both versions include a microSD slot (64GB compatible) with app2sd support for extra storage. 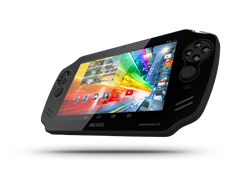 Though the ARCHOS GamePad 2 was designed with gaming in mind, it’s still a fully functional Android tablet able to do everything that you expect from a tablet… and more, thanks to ARCHOS media applications. Additional key features and specs include:

The ARCHOS GamePad2 will be available at the end of October at €179.99 on www.ARCHOS.com.