I’ve never owned a Canon camera, I’ve had many other brands but never a Canon.. I don’t know why.  The PowerShot S100 is your basic point-and-shoot but it’s from Canon so you know it’s features packed with things like a 12.1 Mp sensor,  3” LCD, GPS, along with Raw and JPEG modes for the purists out there. Pricing will be $429.99 for it. The PowerShot SX40 HS looks like a DSLR camera, and it has 12.1MP sensor, 2.7” LCD, 35x optical and even a zoom framing assist button for tracking moving objects. Pricing is surprisingly the same as the S100. Both cameras features 1080p video recording so you won’t need a dedicated video camera I would think… 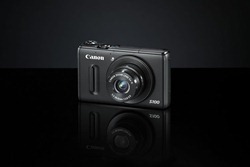 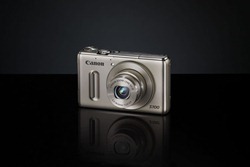 When the PowerShot S95 Digital camera was announced in 2010, it received critical praise for having an impressive feature set and superb low-light capabilities. Building upon the success of this model is the PowerShot S100, featuring a host of upgrades making it a must-have for any photo enthusiast. Featuring a 12.1-megapixel CMOS image sensor — part of the HS SYSTEM — this versatile camera has a 24-120mm wide angle lens with 5x optical zoom, GPS functionality and is capable of achieving improved low-light performance of up to ISO 6400. Additionally, the camera utilizes an f/2.0 lens increasing the camera’s low-light performance by allowing additional light to reach the sensor while creating a shallow depth-of-field for portraits with dynamic, soft backgrounds. The PowerShot S100 will also now be available in either black or silver. Other features of this camera include:

The estimated selling price of the PowerShot S100 Digital camera is $429.99 and is scheduled to be available in early November.* 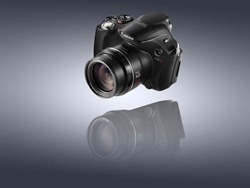 When visiting the local zoo or sitting in the stands of a youth football game, having a camera that has the flexibility to capture images at close-up and far-off distances is a necessity. Canon’s PowerShot SX40 HS is just the camera one would need to ensure those images are of high-quality. Other features include:

The estimated selling price of the PowerShot SX40 HS Digital camera is $429.99 and is scheduled to be available in late September.*