Well this isn’t strictly Verizon news, it’s about the new HTC phones that they’re releasing on Verizon, AT&T and T-Mobile.  There’s a a lot to look forward to it seems. 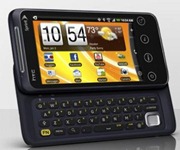 "HTC has always focused on delivering innovations that are inspired by our consumers to delight them in big and small ways. That pioneering spirit continues this week with the start of a new chapter through the introduction of three new 4G smartphones," said Peter Chou, chief executive officer, HTC Corporation. "HTC offers a diverse portfolio of devices that are designed to not only perform at 4G wireless speeds, but to put each of our customers at the center with the HTC Sense™ experience, which truly brings the power of broadband wireless to life. Whether people are looking for large-screen multimedia, consumer social media, touch or QWERTY 4G devices, HTC has a device that fits their needs."

Earlier this week, Sprint and HTC unveiled the new HTC EVO Shift 4G, a 4G phone with a slide-out QWERTY keyboard. The smash-hit HTC EVO 4G introduced the world to the possibilities of 4G, and with the introduction of the HTC EVO Shift 4G, Sprint and HTC have created the first true portfolio of 4G smartphones in the industry. With a slide-out QWERTY keyboard, compact size and a price point of $149.99, the HTC EVO Shift 4G is a strong choice for mass-market smartphone users looking to explore the speed of 4G.

Unveiled today, HTC ThunderBolt on Verizon is one of the world’s first LTE smartphones, spearheading Verizon Wireless’ push into the world of 4G. Embedded deeply within the HTC Sense experience is Skype connectivity, allowing people to connect to other Skype users from virtually anywhere, and between mobile devices and from mobile to PC. This connectivity makes HTC ThunderBolt the ultimate device to connect by both voice and video, enabling the more than 100 million active Skype users to connect across networks and devices. With a 4.3-inch screen, front and rear cameras, integrated DLNA support, Qualcomm’s 1GHz Snapdragon™ processor and the latest version of HTC Sense, the HTC ThunderBolt is a cutting-edge multimedia powerhouse.

The HTC ThunderBolt delivers the speed of 4G LTE by combining HTC innovation with the power of a Qualcomm LTE chipset solution. "Qualcomm is providing chipsets that can switch seamlessly between 3G and the next-generation LTE networks that are coming online," said Steve Mollenkopf, executive vice president and group president, Qualcomm. "These multimode solutions are catalyzing the creation of advanced new devices — ones that truly unleash the power of mobile broadband and provide consumers with a differentiated and unique experience. Our chipset roadmap enables innovative companies such as HTC to lead the charge, and we are very pleased to work with them."

In addition, HTC is joining forces with AT&T to launch one of the first 4G smartphones on AT&T’s HSPA+ network, the HTC Inspire 4G. The HTC Inspire 4G is the first device in the U.S. to enhance the HTC Sense experience with htcsense.com, an online service that extends the HTC Sense experience beyond the handset. This allows people to find a lost phone on a map, send a command to make the phone sound an alert — even while on "silent" mode, and if needed, remotely wipe all the phone’s data with a single command. Along with 4G HSPA+ connectivity, the HTC Inspire 4G boasts an impressive list of features, including an 8 megapixel camera, Dolby and SRS surround sound, active noise cancellation, and a sleek unibody design machined from a single block of aluminum.

The HTC EVO Shift 4G, HTC ThunderBolt and HTC Inspire 4G join the most diverse and exciting lineup of 4G devices on the market, while also strengthening HTC’s leadership in 4G device development and deployment.

Continuing to Build the HTC Brand

HTC is continuing to build awareness by kicking off the next phase of its brand-building growth with a campaign evolution, which was unveiled for the first time at CES. This campaign focuses on how HTC puts people at the center of everything it does, and the HTC innovations that have been inspired by listening to consumers and responding to their needs.

"At HTC, our long-standing focus has been to find new ways to make the mobile experience simpler for customers. We don’t believe in innovating for innovation’s sake, but rather to first gain a deep understanding of our customers to ensure that every HTC innovation creates a real customer benefit," said John Wang, chief marketing officer for HTC Corporation. "This way of thinking about innovation is the inspiration behind the latest evolution of our brand advertising campaign."

For additional information about HTC and these devices, please visit http://www.htc.com