So here’s the other free iOS app I was telling you about.  It is free but it’s very limited. It’s called Pulverizer and it allows you to pulverize pictures of anything you want to. It has many weapons but only the machine is free, the others you’ll ahev to pay for. So that’s why I call it limited. Give it a try and maybe you’ll want the full version. 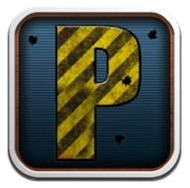 Pulverizer, a new iPhone app that launched today, has taken the art of pumpkin smashing to a new level. Just in time for Halloween, this friendly photo-altering app lets its users take photos of Jack-o-lanterns (or anything else) and blast the photo to pieces with machine gun bullets, a chainsaw or various other weapons. Pulverizer owners James Carballo and John Sharkey believe that the app is a perfect way to smash pumpkins during this Halloween season without making a mess.

Pulverizer lets users take a picture with their iPhone or upload an image from their iPhone photo library and use it in the app. The app is free to download, with the machine gun weapon being free, the rest of the weapons must be paid for to unlock. After the user is done pulverizing the image, they can save it to their iPhone. Carballo also believes that Pulverizer has many entertaining uses outside of Halloween, such as taking pictures of your coworkers at the office, fellow students, friends, family and pulverizing them all in good fun.

“This is the most light-hearted, sharable photo-altering app available,” said Carballo, “It’s a fun app for Halloween or any other occasion that you can think of.”