I tried to get this for review, asked to be on the list to get one but seeing as the game is now in stores I’m guessing I’m not getting it. I wanted the bundled actually, I guess that means I’ll have to go and buy it now. The bundle for PS3 is the one to get if you don’t have the Move yet as it comes with move controllers, camera and a gun. Oh well.. 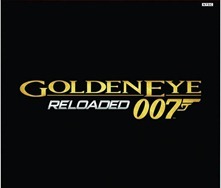 Based on the original screenplay, GoldenEye 007: Reloaded introduces brand new ‘Mi6 Ops Missions‘ – new, distinct levels additional to the single-player campaign that span the varied environments from the story.  The game challenges players to complete different Assault, Elimination, Stealth and Defense objectives all showcased in HD and running at a smooth 60-frames per second.  GoldenEye 007: Reloaded takes multiplayer to new heights, maintaining and improving its renowned four-player split-screen action and adding full, adrenaline-pumping 16-player online matches with more maps, weapons, characters and game modes than ever before.

The game is brought to life with an updated story penned by the Hollywood screenwriter from the originalGoldenEye film, Bruce Feirstein; the voices of Daniel Craig as James Bond and Judi Dench as ‘M’; and combat animations motion-captured by Daniel Craig’s film stunt double, Ben Cooke.

GoldenEye 007: Reloaded is being developed by Eurocom under license from EON Productions Ltd and Metro-Goldwyn-Mayer Studios Inc. (MGM), for the PlayStation 3 system and Xbox 360 video game and entertainment system from Microsoft, and is rated "T" (Teen) by the ESRB.

← Go Outdoors with Your iPhone Thanks to Mophie
UNCHARTED 3: Drake’s Deception Hits the PS3 Today →