It seems we’re getting a new Halo game, aptly titled Halo 4, imagine that right? Seriously though the new halo 4 will be set four years after the events in Halo 3 and Master Chief is back of course.  There’s even going to be something about it on Conan tonight! Full PR and info below for you: 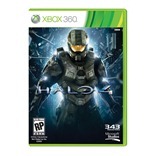 Marking the return of gaming’s most iconic hero, the first chapter of a brand new "Halo" saga is the year’s most anticipated video game release

The countdown has begun for the landmark entertainment event millions of fans worldwide have been anticipating for more than four years. "Halo 4," the hotly anticipated sequel to the iconic franchise that has shaped entertainment history, will launch worldwide on Nov. 6, 2012.

"Halo 4" marks the return of legendary hero Master Chief, named by Fast Company as "one of the most popular characters in gaming history,"(1) and aims to set a new standard for blockbuster interactive entertainment with the launch. Set four years after the events in "Halo 3," Master Chief returns to confront his destiny and face an ancient evil that threatens the fate of the entire universe. Developed by 343 Industries, "Halo 4" marks a new beginning for the landmark entertainment franchise that has sold more than 40 million games worldwide and inspired multiple New York Times best-selling novels, live-action shorts, comic books, action figures and apparel.

"We are beginning a new saga with ‘Halo 4’ and embarking on a journey that will encompass the next decade of ‘Halo’ games and experiences," said Phil Spencer, corporate vice president of Microsoft Studios. "Millions of fans worldwide have been eagerly awaiting the opportunity to step back into the boots of Master Chief, and, with ‘Halo 4’ leading the charge, we’re confident 2012 will be the most successful year in Xbox history."

"Halo 3," the biggest consumer product launch of all time when it released in 2007,(2) concluded the original game trilogy, but left many unanswered questions around the fates of the series’ beloved hero, the Master Chief, and his artificial intelligence companion, Cortana. On Nov. 6, fans will experience the next chapter of the iconic franchise.

Tonight, Conan O’Brien will help celebrate this fall’s launch of "Halo 4" with a special segment on "CONAN" on TBS at 11 p.m. PDT/10 p.m. CDT. Those interested should tune in and check out http://www.teamcoco.com or follow @TeamCoco on Twitter for updates and more details.

343 Industries is the publisher and developer of the blockbuster "Halo" series of videogames and, as part of Microsoft Studios, oversees the "Halo" franchise, including novels, comics, licensed collectibles, apparel and more. 343 Industries is home to world-class developers working on the "Halo" "Reclaimer Saga," which commences with the arrival of "Halo 4" on Nov. 6, 2012, exclusively on Xbox 360.

Xbox 360 is a premier home entertainment and video game system. Thanks to the addition of Kinect, Xbox 360 will forever transform social gaming and entertainment with a whole new way to play — no controller required. Xbox 360 is also home to the best and broadest games as well as one of the world’s largest on-demand libraries of music, standard- and high-definition movies, TV shows and digital games, all in one place. The entertainment center of the living room, Xbox 360 blends unbeatable content with a leading social entertainment network of 40 million Xbox LIVE members to create a limitless entertainment experience that can be shared at home or across the globe. More information about Xbox 360 can be found online at http://www.xbox.com.

(1) Source: Fast Company: Why It Feels Good To Get Inside Master Chief’s Helmet