So right now I’m watching the live stream of the Xbox One announcement and the console is as expected, a huge upgrade and of course it has a blu-ray player! The console will have wi-fi, USB 3.0, and a healthy 8 gigs of ram on-board and an eight core CPU with HDMI in and out. The console can function as a set-top box, just like your current cable box essentially but I didn’t see anything about which companies it might be compatible with. For example I have Verizon FiOS and who knows if it will work with that. I guess we’ll find out more as the details are released. 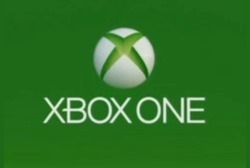 It will of course be compatible with SmartGlass and your phone or tablet will work with the Xbox One.

The Xbox Live will have over 300,00 servers across the world supporting it so hopefully there won’t be any downtime…

At the moment they’re talking about Halo and the Halo based live action TV series with Steven Spielberg  being involved with it.

I haven’t gotten the official press releases yet but as soon as I do I’ll get them posted for you….