More Samsung news for an early Sunday morning, they’ve just announced they’re two new tablets in 7” and 10” flavors, both of which will be running Android Ice Cream Sandwich out of the box. Specs for both are fairly close really, it’s just the size that differs. They’ll have 1ghz dual core CPUs with 3mp rear cameras and vga front cameras. The 7” tablet has got a  1024×600 screen while the 10.1” Tab has a 1280×800 screen. They’re launching in the UK first and then hitting the rest of the world later in March. Full specs below for you. 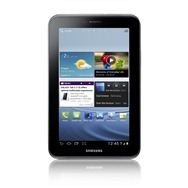 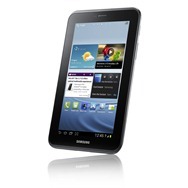 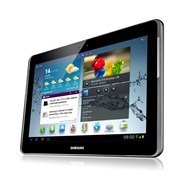 The GALAXY Tab 2 series is available in 3G and WiFi versions, as well as in 7” and 10.1” variants. Light and portable, the GALAXY Tab 2 (7.0) is the ideal personal on-the-go device; while the larger GALAXY Tab 2 (10.1) is well-suited for home and family use. 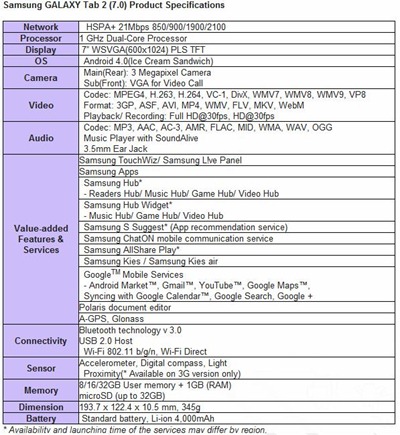 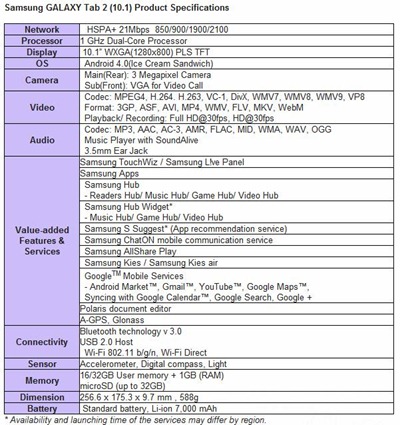