Seagate is well know for their mechanical hard drives but they’ve never really gotten into SSDs for whatever reason but now they are with the launch of both SATA and SAS interface drives in several capacities. They’ve also just announced the Seagate X8 Accelerator which is a PCIE card and basically an SSD as well. The drives utilize the SATA6 interface and can be had in either 1.8” or 2.5” sizes so they can be used in many situations where an SSD would be ideal. 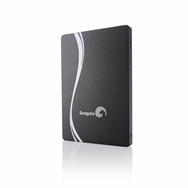 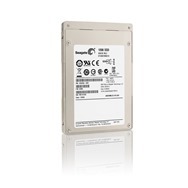 “We are pleased to announce these new flash memory products. With these new drives, Seagate solidifies its commitment to the flash-based storage market by delivering enterprise SSDs and server-side solutions as well as client solutions,” said Gary Gentry, senior vice president and general manager of Seagate’s solid state drive business. “By adding more SSDs to our family of hard disk and solid state hybrid drives, we now have the broadest portfolio of storage products in the industry, delivering one-stop shopping for our customers and partners. And we’re just getting started. Seagate is committed to becoming a premier supplier of both solid state drives and storage class memory products. We have put in place a winning strategy for developing multiple high value, flash based products and solutions for our customers.”

“SSDs continue to be among the most popular product categories on Newegg.com as more consumers increasingly turn to them to deliver more speed, faster boot up times and superior performance,” said Patrick Chung, vice president of global product management at Newegg. “Seagate’s new line of SSDs, including the new 600 SSD, will be a great addition to our existing assortment. We’re excited to introduce the new SSDs to our customers and look forward to continuing our strategic partnership with Seagate.”

“Over the years, Seagate has been a valued partner contributing a vast array of storage solutions to our comprehensive selection of IT products,” says Lionel Garcia, vice president at Tiger Direct. “Seagate’s products are in high demand among our customers and we’re excited to add their new SSD to our assortment. As consumer demand for greater speed and shorter boot up times continues to rise, the new 600 SSD will provide customers with the ultimate performance they crave.”

Fast and as easy to install as a hard disk drive upgrade, the Seagate 600 SSD is available in multiple z-heights including an industry-first, diminutive 5mm-high drive making it ideal for most ultra-thin devices as well as standard laptop systems. The drive features up to 480GB of capacity and comes in a 2.5 form factor. It also incorporates a 6Gb/s SATA interface for fast data transfer rates and easy connection.

“By incorporating Seagate’s SSD technology into our product offerings we are able to address customer demand for greater speed, short, consistent response times, and greater enclosure and power efficiencies,” said Paul Poynter, CTO Rorke Data, an Avnet business unit. “As we continue to drive PC innovation in today’s markets, we look forward to integrating this enterprise SSD technology into our Rorke product line providing our discerning customers with the ultimate in performance and value.”

Engineered with efficiency in mind, the 600 Pro SSD features the industry’s highest IOPS/watt to improve system performance while reducing power and cooling costs for transaction-hungry datacenters and cloud enterprise applications. Utilizing 2.8 watts typical operating power, the drive reduces energy by automatically adjusting the power consumption to workload I/O levels— using less power for lighter workloads. The drive is also equipped with the intelligence to deliver high-data integrity, safeguarding against unexpected power loss and undetected corruption when a device is powered off.

The Seagate 600 Pro SSD is available with up to 480GB capacity and comes in 2.5-inch form factor. It is equipped with a 6Gb/s SATA interface for fast data transfer rates and easy connection to existing SATA infrastructure.

Designed for demanding enterprise storage and server applications with complex, write-intensive mixed workloads, such as high-performance computing and data analytics, the Seagate1200 SSD delivers the ultimate in speed, consistent performance and the highest levels of data integrity.

Built to deliver ultra-fast data access, the drive uses algorithms that optimize performance for frequently accessed data by prioritizing which storage operations, reads or writes, occur first and optimizing where it is stored. The result is improved performance to help close the gap between processor and data access.

The Seagate X8 Accelerator, powered by Virident, delivers memory-class performance and storage-class capacity with enterprise reliability and data integrity in a single, low profile PCIe card. Providing industry-leading performance, with up to 1.1 million IOPS, the X8 Accelerator boosts server performance with ultra-fast speed that is up to 2X faster than the closest competitor and closer to DRAM performance than storage.

Boasting high storage capacity (up to 2.2TB) in a small footprint (HHHL half height half length) the X8 Accelerator fits in any server. The card’s x8 PCI Express Gen-2 interface enables it to deliver maximum application performance in database and virtualization applications such as Microsoft© SQL Server, Oracle Enterprise Server, MySQL, and VMware.