Before Kingston released their HyperX line ten years ago they were primarily known as a budget memory supplier. HyperX was their rebranding of their high performance memory. Protected by a distinct electric blue heat spreader, the Kingston HyperX began its ten-year run as one of the premiere memory modules for gamers, overclockers, enthusiasts and power PC users.

Kingston ships the HyperX 10th Anniversary Edition in a plastic tray with the Intel XMP certification seen on the top along with the model number. Inside the tray are four 4 GB modules along with an installation guide and warranty. The tray has slots that space the memory out during shipment while holding them up vertically. 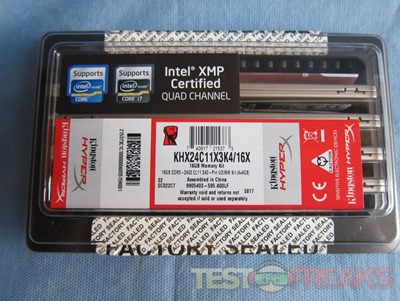 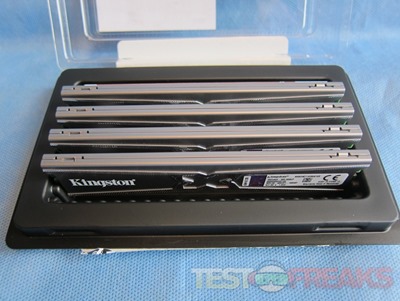 Kingston went with a subdued design for this line of performance DDR3 memory. Although the electric blue is what is most folk’s associate with HyperX, in recent years Kinston has used numerous colored heat spreaders for its HyperX line. For this model Kingston chose a silver and slate grey style.

The heat spreaders have an elevated silver X pattern resting on the grey metallic heat spreader. On the left side of this module is the HyperX logo while on the right is a “HyperX 10 years” imprint. Flipping the module over we see the Kingston logo on the left and a sticker with the specs of the memory on the right. 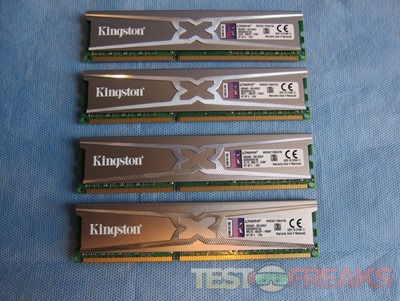 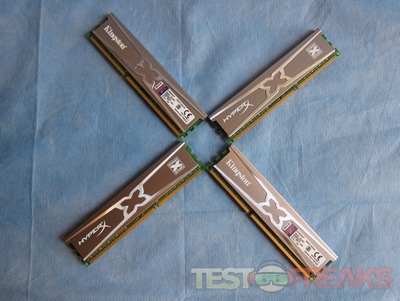 Unlike the HyperX Predator modules, the heat spreaders on the HyperX 10th Anniversary Edition are low profile, making these modules easily fit on most motherboards. Aesthetically these memory sticks are stylish and classy allowing them to blend with any PC especially those with windowed cases.