Installation of the HyperX was quick and simple although the size of the Noctua NH-U9B SE2 cooler did make sneaking into the DIMM1 slot a slight challenge. Once installed there was plenty of clearance for the memory. 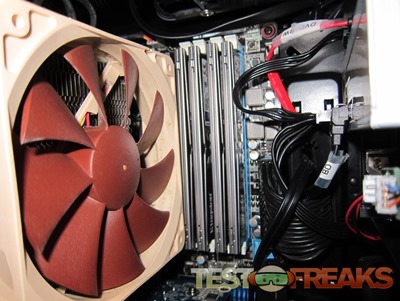 For testing the following setup was used:

Since my test platform was an original SandyBridge system, the upper limits for memory clock speed was around 2133MHz.

One problem I encountered was the XMP BIOS setting on my Asus P8P67 PRO would not capture the speed profiles of any type of XMP enabled memory I tested. After researching this online I found it was a known issue irrelevant of the BIOS version used on the motherboard. Thus I had to manually set the memory’s speed and timings in the BIOS. The highest speed I was able to achieve with the Kingston Anniversary HyperX was 2200MHz via a system overclock with the BLK set at 103.

The first test run was wPrime with the 32M and 1024M tests. It’s a time-based test so lower scores are better of course.

wPrime is a leading multithreaded benchmark for x86 processors that tests your processor performance by calculating square roots with a recursive call of Newton’s method for estimating functions, with f(x)=x2-k, where k is the number we’re sorting, until Sgn(f(x)/f’(x)) does not equal that of the previous iteration, starting with an estimation of k/2. It then uses an iterative calling of the estimation method a set amount of times to increase the accuracy of the results. It then confirms that n(k)2=k to ensure the calculation was correct. It repeats this for all numbers from 1 to the requested maximum. (learn more) 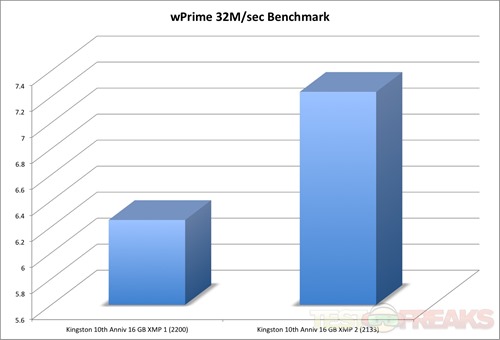 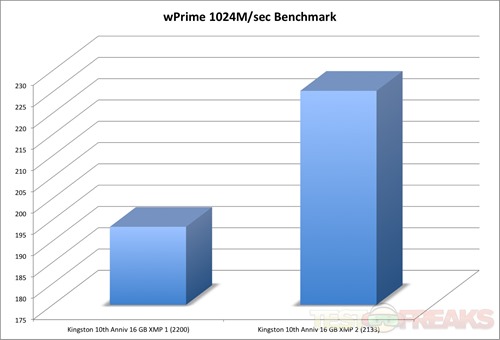 SiSoft Sandra and its Memory Bandwidth Test was the next test performed. 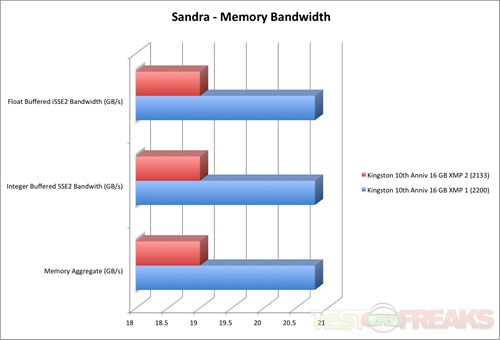 The next test I ran was AIDA64, the Memory Benchmarks for Copy, Read, Write and Latency.

Except for the Memory Latency test, the higher score means the better performance. 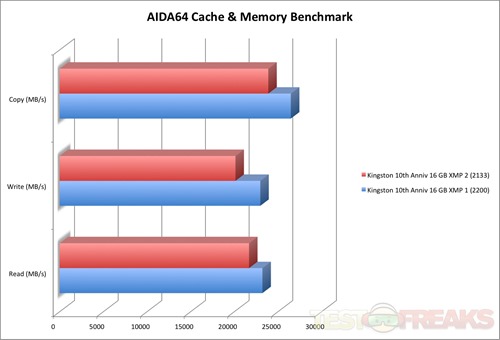 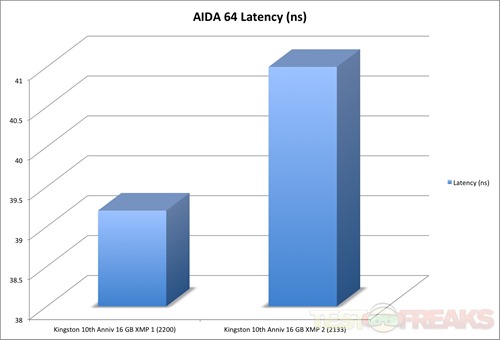 x264 HD Benchmark is a benchmark that allows you to measure how fast your PC can encode a 1080p video clip into a high quality x264 video file. It allows for an easy comparison because everyone running it will use the same video clip and software. The x264 video encoder has a fairly accurate internal benchmark (in frames per second) for each pass of the video encode and it also uses multi-core processors very efficiently. All these factors make the x264 HD Benchmark an ideal tool in comparing the video encoding performance of different processors and systems.