I started off with the hard drives, you’ll have to find the correct screws that go with the trays, they’re only partially threaded and longer than the others really with larger heads. The hard drives face towards the back or right side of the case when installed so you can run the wires on the back of the motherboard tray side. 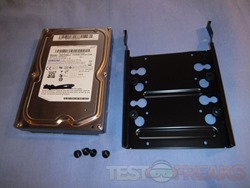 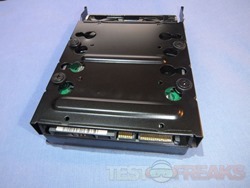 So I then proceeded to install my motherboard, which is a full ATX with a Core i5 750 CPU. You’ll find a lot of room to work all around the sides, especially the right side. 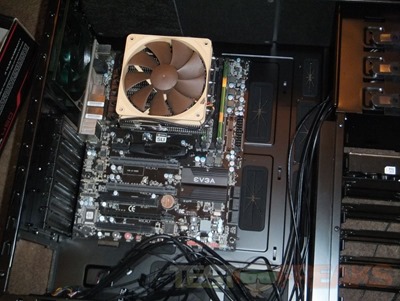 This is my kids system and I have them using a 465 GTX video card which is rather long, but there’s plenty of room left over on the right side for even longer video cards. 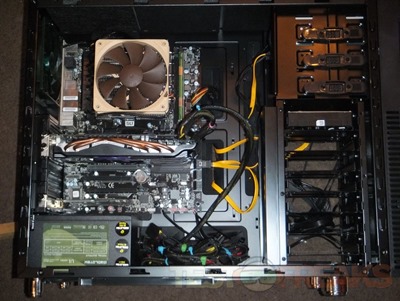 I used the included extension cable for the power to the motherboard near the CPU socket. It was fairly easy to get though as there’s a hole right there for it, but if you install fans or a radiator at the top of the case it’s going to be a very tight fit. 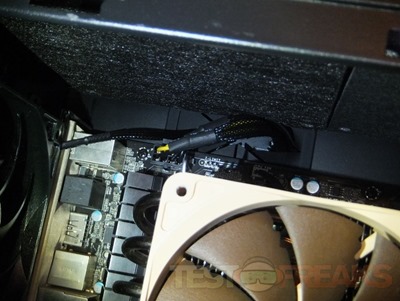 Here’s that extension cable from the back side of the motherboard tray: 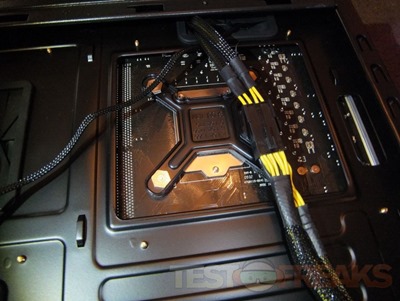 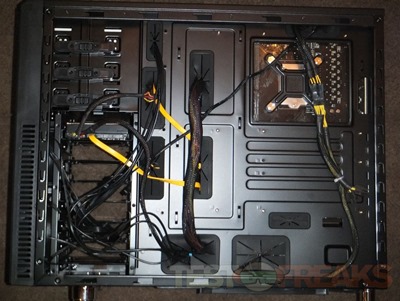 The hard drives connect from the back side making routing the wires a bit easier and helping to keep them hidden and out of the way. 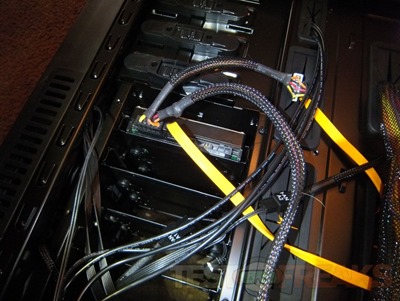 I only installed a DVD/RW drive in their computer, that’s about all they need to play games. 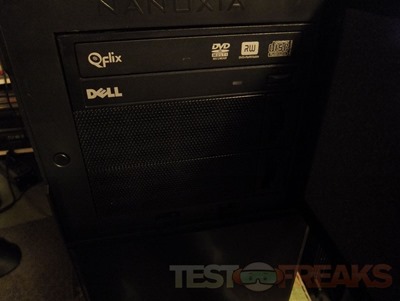 The only lighting on the outside of the case is around the power button, there’s a ring of green LEDs. 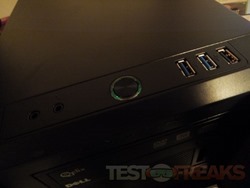 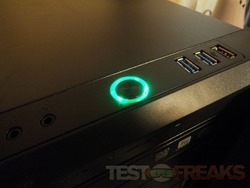 So that’s everything in the case.

I have to say this case is quiet, very quiet. When I pressed the power button I didn’t hear anything, I thought maybe I didn’t connect it or had it connected wrong but then I saw the ring around the power button light up as it indicated hard drive activity by blinking.

As far as temperatures, before this I was using the Raidmax Raptor case which is more open and has three fans pre-installed as well. I found the temperatures to be about the same with both cases, but of course the DS2 was much quieter.