Streaming media from a Network Attached Storage (NAS) device is not a new concept. This feature has been found in Synology network attached servers for many years. However, those NAS servers can only stream to 720p at best.

With theDiskStation DS214play, Synology has designed a two bay NAS that has the ability to transcode full 1080p video on the fly. Synology’s goal is to position this NAS to function as a media center for the home. The “play” is a new class is the Synology lines starting with the 214 edition.

The SynologyDiskStation DS214play features the Intel Evansport, a dual core CPU that has a hardware accelerated transcoding engine and built in floating point unit. Like their other NASes the DS214play is DNLA certified and uses DiskStation Manager (DSM) to control its functions. It runs the latest 4.3 version of DSM but the word from my Synology source is that DSM 5.0 is coming in the near future.

Our review unit arrived in a simple brown cardboard box with the Synology name on one side and the DiskStation name on the other. Inside the package we find the unit encased in two large foam blocks keeping it safe during transport. Along with the DiskStation 214play there are two cardboard boxes containing a power adapter, power cord, LAN cable, extra screws, quick installation guide and warranty information. The unit is sold diskless and can use 2.5” or 3.5” hard drives as well as SSD for storage. 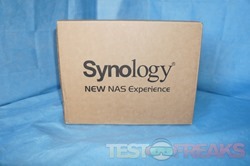 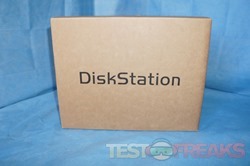 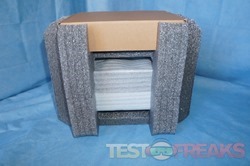 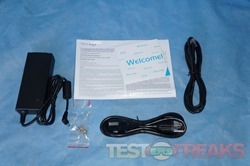 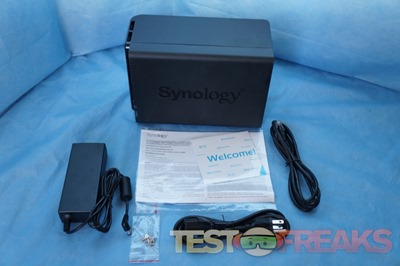 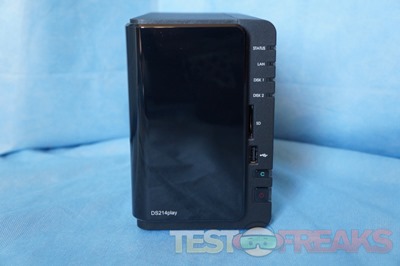 The chassis is composed of a matte black plastic with a texture feel. On the front of the unit is a piano black plastic shield with the model number on the bottom left corner. This shield covers the hard drive racks and is kept in place with rubber feet. 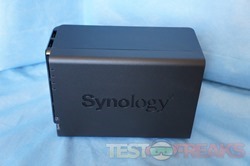 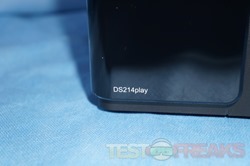 On the face of the DS214play are four LEDs on the right side for Status, LAN, Disk 1 and Disk 2. An opening for an SD card reader is found below these lights with a USB 2.0 port beneath it. Located on the bottom right are copy and power buttons along with additional LED lights. 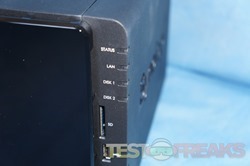 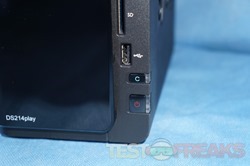 Like prior versions on the sides of the NAS is the Synology logo with ventilation grates behind the lettering. 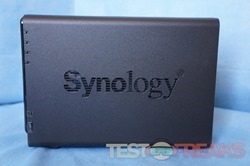 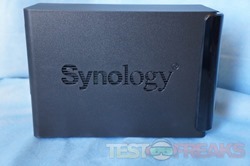 At the back of the unit we find a 92mm system fan with two USB 3.0 ports, a Gigabit Ethernet input, eSATA port along with a Kingston lock slot and of course the AC connector. Strangely missing from a device marketed for media streaming is an HDMI port, which would allow the device connect directly to a television. 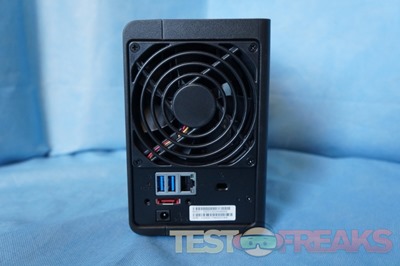 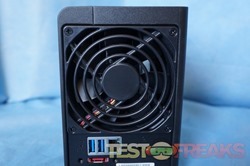 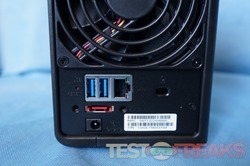 Removing the plastic drive cover reveals the drive bays designed to work with either 2.5” or 3.5″ drives. The slide out drive trays are released by pushing the top tab. These sleds are tool-less meaning swapping drives can be done in less than a minute. The maximum internal capacity for this unit is 8 TB when using two 4 TB hard drives. For our review we tested the DiskStation DS214play using two Western Digital RED 4 TB drives that were provided with the test unit. 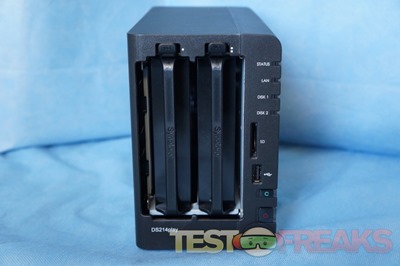 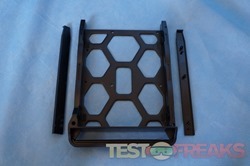 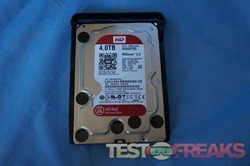 On the bottom of the Synology DS214play are four square rubber feet with additional vents on the front and sides. 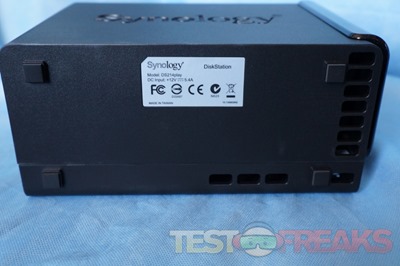 Inside the Synology DS214play is an Intel Evansport CPU clocked at 1.6 GHz. This processor employs a system on a chip (SoC) that uses a dual core Atom CPU in combination with an integrated video decoder on the chip. The DiskStation DS214play uses a stick of 1 GB DDR3 memory.

Since this is a two bay NAS it supports RAID 0, RAID 1, JBOD and Synology Hybrid RAID (SHR) configurations. The encoding capabilities of the DS214play vs. other Synology NASes can be found here.